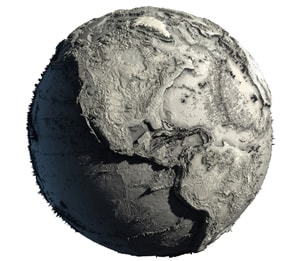 Why Our Current Way of Living Has No Future

Why Our Current Way of Living Has No Future

Today we are pleased to introduce James Howard Kunstler as a contributing editor for PeakProsperity.com. Jim has been been one of the earliest and most articulate voices warning of the impending collision between the modern world's unsustainable consumptive lifestyle and the growing scarcity of the key natural resources that enable it. His book The Long Emergency is cited as one of the most important works in the peak resources movement, and his subsequent writings have been equally influential. Jim is also a good friend of the site and we're thrilled to have him join the Peak Prosperity family. ~ Adam

All of the sordid and spellbinding rackets working their hoodoo on the financial scene have obscured a whole other dimension of the fiasco that America finds itself in, namely the way we have arranged the logistics of everyday life on our landscape – the tragedy of Suburbia.

I call it a tragedy because it represents a sequence of extremely unfortunate choices made by our society over several generations. History will not forgive the excuses we make for ourselves, nor will it shed a tear for the tribulations we will induce for ourselves by living this way. History may, however, draw attention to our remarkable lack of a sense of consequence in transforming this lovely, beckoning New World continent into a wilderness of free parking. In any case, we’re stuck with what we’ve done, and the question naturally arises: What will we do now?

When you show a photo to any random audience of Americans of some ghastly boulevard of strip malls and big box stores, with the many layers of incoherent signage, and ask them what’s wrong with the picture, they always say every place is the same as every other place… it’s all the same! That is their chief complaint, and it is off the mark. They don’t get it, really.

There are many places and things in the built-by-humans world that are characterized by uniformity or sameness. To the casual observer, the ancient hill towns of Tuscany look virtually identical from 500 meters distance. Montepulciano and Pienza might be as hard to tell apart for the average American tourist as a WalMart in Hackensack from a WalMart in Oxnard. But you will hear very few complaints from tourists about the sameness of the design scheme in the Italian villages – the red tile rooftops on every building, the narrow, twisting streets, the stuccoed masonry walls, the casement windows with their functional shutters, etc. Few American tourists return from Paris grousing that the boulevards were monotonous and gave them a headache.

This is because the sameness observed in these foreign places is a uniformity of excellence. The problem in America is different – not just that it’s all the same, but the same miserably low quality. The parking lots are all equally dispiriting, whether in New Jersey or Santa Cruz. The tract housing subdivisions are all equally inauthentic and lacking in conviction. The big box stores are all equally pernicious. The public realm all over the USA is uniformly degraded (or non-existent).

Often these characteristics are summed up as “ugliness,” but it’s actually worse than that. The built environment is as immersive for people as water is for fish, and the immersive “ugliness” of most places around the USA is entropy made visible. It indicates not simple carelessness but a vivid drive toward destruction, decay, and death – the stage-set of a literal death trip of a society determined to commit suicide. Far from being a mere matter of esthetics, Suburbia represents a compound economic catastrophe, ecological debacle, political nightmare, and spiritual crisis for a nation of people conditioned to spend their lives in places not worth caring about.

Suburbia is also largely behind our current state of political paralysis because it represents a gigantic legacy of sunk costs, investments that have transformed themselves into liabilities. The unwillingness to acknowledge that transition makes it impossible for us to construct a coherent consensus about what is happening and what we might do about it. We ought to know, for instance, that we face a daunting predicament regarding our oil supply. It’s no longer cheap. Alas, our drive-in Utopia was designed to run on cheap oil. Hence the clear implication is that Suburbia has rather poor prospects going forward. I would actually go further and state categorically that it is a living arrangement with no future.

It is in the nature of sunk costs to provoke in people a psychology of previous investment. Having sunk much of our accumulated collective wealth (our capital) in this living arrangement with no future, we are afraid to let go of it, or even reform it substantially. Instead, The Fear of facing our gigantic losses prompts a retreat into denial and wishful thinking.

The higher the price of oil goes, the more the economy contracts, the more frightened people get – and the more determined to seek solace in magical rescue remedies. Thus, the recent cavalcade of nonsense and propaganda telling the public that shale oil and “drill, baby, drill” will soon turn America into “the next Saudi Arabia,” that we are about to become “energy independent,” that we have “a hundred years of shale gas.” These dishonest memes may be floated by mendacious PR spin doctors in the pay of oil and gas companies, but they wouldn’t be effective if the public itself wasn’t so desperate to hear the “good news” that we can continue living exactly the way we do. The mainstream media falls for it, too, not because they are necessarily paid stooges of the energy companies, but because The Fear affects them as well.

The Fear, of course, especially affects American homeowners, most of whose homes exist in Suburbia, and who have already been battered by five years of lost equity, lost incomes, calls from collection agents, the scary visitations of re-po men, and all the other now-familiar manifestations of everyday financial terror.

Now, it is coming to be understood that there is an additional deeper relationship between the end of cheap oil and the workings of banking and capital.

As energy “inputs” to an industrial economy decline, the ability to generate wealth declines, too – and contrary to conventional “wisdom,” it is not offset by “efficiencies,” high-tech or otherwise. In fact, the decline of true capital accumulation in the USA since the 1970s was offset only by the hypertrophic unnatural enlargement of the financial sector from about 5 percent of the economy to 40 percent today. The sector transformed its original mission of managing and deploying accumulated wealth for purposeful enterprise (a.k.a. investment) to sets of rackets designed to game financial mechanisms (markets, interests rates) in order to get something for nothing. It amounted to a sort of national economic self-vandalism.

Much of that putative “activity” was mere churn-for-fee hanky-panky, the wash-rinse-and-repeat cycles of institutional money managers creaming off profits from the pointless movements of money in and out of accounts. Perhaps even more of the financial sector growth was the “innovation” of new swindles and frauds, the biggest and most blatant being the housing bubble, a massive “control fraud” in which suburban houses were used to collateralize deliberately mispriced bonds (debt obligations) on the grand scale in order for giant firms to collect insurance on their failure, in addition to other fees and profits garnered for manufacturing and selling the damn things.

Much of that story remains shrouded in mystery because no prosecutions were mounted against the gigantic banks involved, there was no effort to pursue the truth or justice, and the statute of limitations clock is rapidly ticking down. What we can say about it is that the rule of law obviously got lost in shuffle, and that the continued absence of the rule of law in banking is a profound threat to civilized life. Computerization was certainly an enabler of these monumental shenanigans, and it produced one startling diminishing return: the inability of banks and governments to accurately report numbers on their balance sheets – hugely ironic given the phenomenal math abilities of computers. We find ourselves now in the unfortunate situation where accounting fraud has become the basic operating system of banking and government – not a very salutary prospect for managing civilized human affairs – while much of the nation’s business has been reduced to a sorry matrix of rackets.

More to the point, perhaps, is that the diminished accumulation of real wealth due to decreasing inputs of the master energy resource – cheap oil – has impaired the ability of interest to be repaid on the grand scale. There was a correlation between abundant cheap oil and the creation of abundant credit. That relationship is now broken. There are more paper (or computer) claims against wealth than there is wealth, which is no longer growing, to pay back the debt. Hence, the interventions of governments and central banks to offset this ruinous new dynamic and artificially prop up the price of assets; i.e., collateral subject to liquidation at bargain prices by insolvent debtors.

The unintended consequences of this monkey business beat a path straight to currency wars, inflation, loss of legitimacy, political uproar, and knock-on effects that are easily more disastrous.

The breakdown of debt repayment has in turn crippled the crucial and fundamental operations of compound interest in banking, while the dishonest work-arounds by central banks and governments in the form of interest-rate manipulations and bailouts have obscured the truth of what is happening: a general failure of capital formation.

The bottom line is that our future will be defined as much by capital scarcity as by energy scarcity. They synergize each other’s failures.

Politically, all this mischief has manifested as a campaign to sustain the unsustainable, to keep all the rackets running at all costs, including most particularly the suburban way of life. It is unlikely that we will succeed at that, though it does account for the desperation running through the national zeitgeist these days. Rather, the mandates of reality will compel us to comprehensively reform and re-order all the activities of civilized life, and I think how this will occur can be stated plainly and categorically.

In Part II: The Essential Elements for a Sustainable Future, we lay out the reforms that will be most needed in restructuring our way of life to fit the constraints of the natural world we live in. The good news is, it can be done – and done in such a way that we have great odds of enjoying more than our current blindly gluttonous modality of living.

What you can count on is that we will return to the traditional mode of assembling human habitats — that is, integral, walkable urban places on the variable scale of village-town-city, with work, commerce, housing, and culture woven tightly together in the recognizable form of a real civic organism, not a simulacrum or a cartoon of one — places that add up to more than the sum of their parts, places worthy of our affection that we can call “home” without irony or regret.

We Are There, Prosperity Has Peaked, Informed Consent, Pt. 2