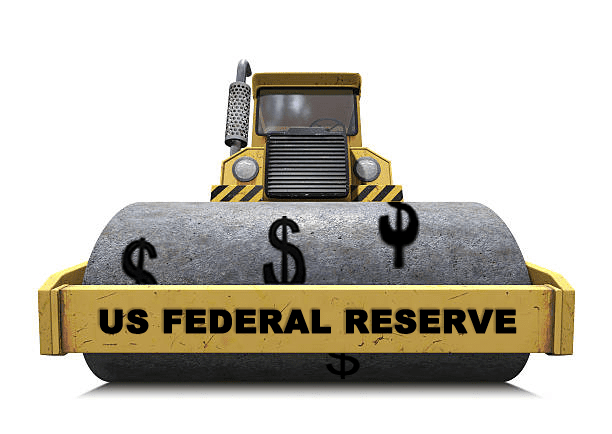 Juggernaut: (n) a massive inexorable force, campaign, movement, or object that crushes whatever is in its path

The US Federal Reserve is once again force-feeding liquidity into the system. At its fastest rate ever.

What’s wrong with that? Shouldn’t we just enjoy the party and be grateful for our rising 401ks?

What’s wrong is that the Fed’s actions are dooming us. Their poisonous cocktail of endless cheap money and rock-bottom interest rates is hastening a terminal breakdown of the economy, while deliberately enriching a tiny cadre of elites to the ruin of everyone else.

Though most remain blind to this, Fed policy (and the similar ones pursued by the other major world central banks) is directly responsible for, or a major contributor to, many of the biggest challenges society is facing.

Tens of millions of Boomers who can’t afford to retire. Tens of millions of Millennials who can’t afford to purchase a home. History’s largest wealth gap between the 1% and everyone else. Relentless increases in the cost of living while real wages remain stagnant. Depletion and degradation of our key natural resources by zombie companies run without profits. We can thank the Fed for all of these ills, plus many more.

All we’re offered in return is the fake reassurance that “everything is awesome” because stocks are higher today than they were yesterday. As if that really makes a difference when the top 1% owns 50% of all stocks and the top 10% owns over 90%.

And when today’s epicly distorted markets reach their breaking point — which may be imminent given the truly manic action recently — not only will the resulting damage be commensurately epic, but it will injure the 99% FAR more than the 1% who benefitted from it.

The Fed’s deliberate policy of privatized gains for the elite and socialized losses for the masses ensures that Joe Sixpack is going to take it in the shorts while Reginald Caviar-Maybach will still receive his record bonus from Goldman Sachs.

Which is why the video below is essential viewing for anyone not currently CEO of a too-big-to-fail bank or too busy counting their $billions.

We brought together several of the best monetary and macroeconomic minds to explain exactly what is transpiring and what concerned individuals like you should be preparing for.

Understanding the nature of what is underway is critical. While the Fed’s liquidity juggernaut rolls on, it will continue to crush equality, opportunity and fairness for the masses. But once it stalls, the systemic crash and societal upheaval that will follow will be even more horrific for those not prepared for it.