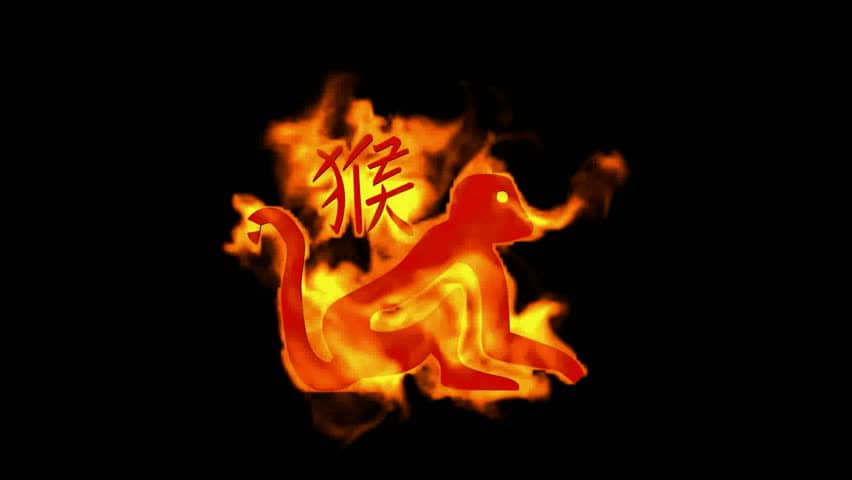 The Year Of The Red Monkey: Volatility Reigns Supreme

The Year Of The Red Monkey: Volatility Reigns Supreme

In the lunar calendar that started February 8, this is the Year of the Red Monkey.

I found this description of the Red Monkey quite apt:

“According to Chinese Five Elements Horoscopes, Monkey contains Metal and Water. Metal is connected to gold. Water is connected to wisdom and danger. Therefore, we will deal with more financial events in the year of the Monkey. Monkey is a smart, naughty, wily and vigilant animal. If you want to have good return for your money investment, then you need to outsmart the Monkey. Metal is also connected to the Wind. That implies the status of events will be changing very quickly. Think twice before you leap when making changes for your finance, career, business relationship and people relationship.”

In other words, the financial world will be volatile. And few will have the agility and wile to outsmart the market-monkey.

For those who don’t believe in astrological forecasts, there are plenty of other reasons to anticipate sustained volatility in 2016 that strips certainty and cash from bulls and bear alike.

What’s the Source of Volatility?

Why are global markets now so volatile? The basic answer is as obvious as it is officially verboten: the global growth story is unraveling, and central banks and governments are desperate to re-ignite stagnating growth.

When solid evidence of flagging trade, sales and profits surfaces, markets drop. When central banks and states talk up monetary and fiscal stimulus, markets leap higher, as seven years of stimulus programs have rewarded those who “buy the dips.”

The relatively brief downturns and quick recoveries of the past seven years have led many to believe that this tug of war will resolve itself one way or the other in a few months. But the past seven years may not be a good guide to the next year or two: volatility might persist, month after month, with no clear resolution.

Indeed, the past 25 years may not be a good guide to the next few years, as there are no analogous periods of sustained volatility in recent history. Rather, the current period shares characteristics with each crisis and crash of the past 25 years, but combines all these causal factors in one overlapping series. This makes the present volatility unique.

The uncertainties generated by these policies are fueling rapid cycling between selling and buying in both human and machine (trading bots) participants.  Money managers fear losing capital in a crash, but are forced to seek yield in a zero or negative interest world.

No wonder volatility will reign supreme for some time to come: never before have all these causal factors been mixed together in a toxic brew of over-indebtedness, impaired collateral, faltering growth, collapsing commodity valuations, zero interest rates and currency devaluations.

The question everyone seeks to answer is simple: is the global economy sliding into recession? If so, it’s smart to sell all risk assets such as stocks and emerging-market currencies before the herd panics and triggers a crash.

The classic recession is the result of the ebb and flow of credit in the business cycle: in the expansion phase, credit blossoms as households borrow money to buy autos, homes, etc., and businesses borrow more to expand production, retail outlets, etc.

The “animal spirits” of heady expansion inevitably exceed prudent limits, and credit is eventually extended to marginal borrowers and marginal investments. As marginal borrowers default and risky bets sour, loans must be written off and the expansion of credit ceases: households and enterprises pay down debt (deleverage) and cut expenses, causing sales, profits and employment to slump.

Once the deleveraging has cleared the economy of impaired collateral, mal-investments and unsustainable debt loads, credit once again begins to expand as cheap assets and new opportunities present themselves to creditworthy borrowers.

A variety of crises can trigger a reversal of risk-on “animal spirits” to fear-based risk-off prudence.  One classic trigger is a liquidity crisis: as euphoria shifts to caution, lenders are wary of rolling existing  risky debt into new loans.  Firms that owe the principal on existing debt find themselves short of cash and unable to access new credit, i.e. liquidity.  These vulnerable firms founder, launching a panic in which assets are sold to raise cash and marginal lenders and borrowers alike become insolvent.

In the status quo narrative, central banks arose to eliminate liquidity crises: when credit dries up, your friendly central bank stands ready to issue unlimited credit to banks, enabling the banks to roll over existing debt and fund cash-poor enterprises.

These liquidity-driven panics are typically short-term events, as the washout is violent and brief, much like a thunderstorm. But asset bubbles/collateral crises are more like hurricanes—slow-moving storms that shred the bubble assets over months or even years.

In a credit-fueled asset bubble, the asset prices have been pushed to the moon by easy credit extended to marginal borrowers and speculators—participants who would have been unable to buy assets in more prudent eras.

All this new debt is based on collateral: if a house is valued at $250,000 and the mortgage is $200,000, the $250,000 market value is the collateral supporting the mortgage. The difference between the debt and the market value—$50,000—is the owner’s collateral, and the lender’s cushion against any future decline in value.

This is the “balance sheet” recession: the balance sheets of households and enterprises are crippled by heavy debt loads and non-performing debt.

Understandably, lenders are reluctant to book these horrendous losses, as they render highly leveraged lenders insolvent.  Borrowers may be reluctant to declare bankruptcy, and governments fear the decline in property values and taxes.

Those with the most to lose share a common purpose: mask the collapse of collateral and delay the day of reckoning, i.e. the booking of the losses.  There are a number of ways to accomplish this: allow banks to maintain an unrealistic value on the property, i.e. “mark to fantasy,” or roll the mortgage over into a new larger loan that enables the owner to use new debt to make token payments on the new mortgage, and so on.

These stalling tactics drag out the process of writing down bad debt and liquidating impaired assets.  As a result, participants can never be confident that asset values have truly been washed out.

A third trigger of recession is an external shock that saps confidence by raising costs or introducing uncertainty. Energy shortages, widespread natural disasters and war are examples of external shocks.

Great Stagnations are deadly to the status quo of debt-dependent growth because without expansion of assets, revenues, profits and payrolls, credit cannot expand except if it is extended to marginal borrowers and mal-investments—precisely the type of risky borrowers that default and trigger a classic business-cycle recession of falling asset values, mass defaults and the resulting insolvency of overleveraged lenders, enterprises and households.

Since voters famously vote their pocketbooks, politicians presiding over deep recessions tend to get voted out of office. As a result, the political establishment is absolutely loathe to allow the cleansing of impaired debt and failed gambles that is necessary to establish a new foundation for prudent borrowing and healthy expansion.

The problem is governments and central banks attempted to force an exit from the Great Stagnation by inflating asset bubbles—bubbles that were intended to restore confidence and the “animal spirits” that fuel more borrowing, investing and spending.

But these asset bubbles failed to lift household incomes or generate employment; as a result, the asset bubbles are teetering precariously on more promises of fiscal and monetary stimulus.

Unfortunately for those who own these bubble-assets, the returns on fiscal and monetary stimulus have rapidly diminished: China, for example, has created a stupendous $1 trillion in new credit in the past two months, and has very little in sustainable income/employment growth to show for this explosive expansion of debt. (Source)

No wonder markets are volatile: everything that worked for seven years is no longer working, but the promises of more stimulus are generating hope that the asset bubbles won’t burst.

In Part 2: Outsmarting The Monkey, we look at capital flows and controls, and consider what average investors might do to protect themselves from volatility.

The mischievous red monkey’s purpose is to make this time as difficult as possible for investors to preserve their wealth. Fortunes have already been lost in the first few months of this year, and he’s just getting started.