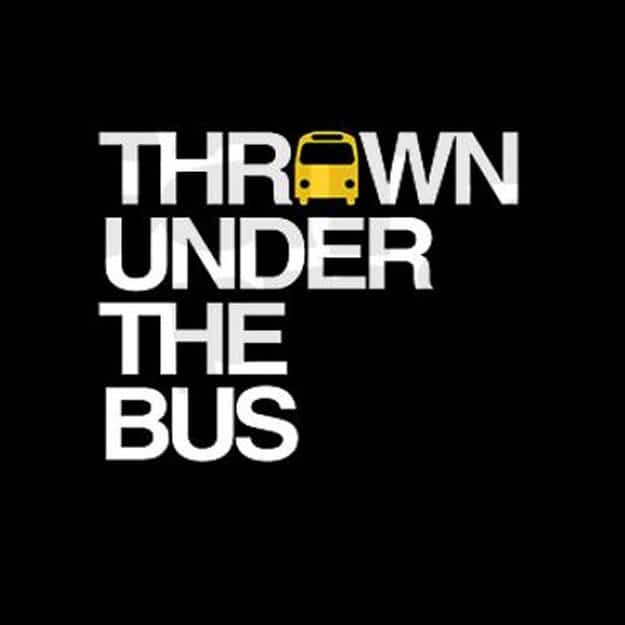 The View From Under The Bus

The View From Under The Bus

As the dust settles from the recent presidential election, it's becoming clear that a large part of the sentiment behind the vote for Trump reflects a deep dissatisfaction from middle and lower-class working families. The traditional fruits of prosperity have been rising higher and farther out of reach for them, as their ability to make a living wage has been eroding year-over-year, for decades.

They've now reached the point where they no longer trust the empty promises that have been sold them by a steady stream of politicians — on both side of the aisle — who have lined their own pockets with lobbyist money while overseeing a tremendous shift of society's wealth to crony corporations and the top 1%. Trump's victory can largely be summed up as a defiant yelp from the masses decrying: "I may not know what the solution is, but I'm damn sure more of the same ain't it!"

Few visuals drive this injustice home better than this one of historical bank CD interest rates. Note how they've been in steady collapse since the mid-1980s: 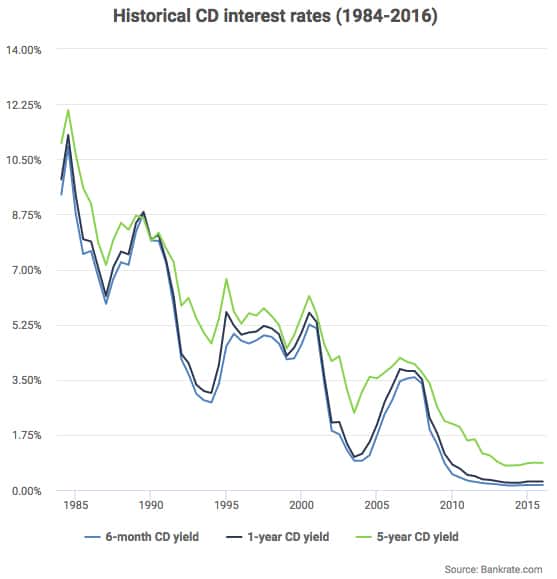 Back in 1984, savers received around 10% on funds parked in a bank CD. Even the shorter duration 6-month CDs yielded over 9%.

Contrast that to today's rates of practically 0%. A 6-month CD yields 0.16% and a 1-year yields 0.27%. If you're willing to lock up your money for 5 years, you'll enjoy a paltry return of just 0.86% annually throughout the next half-decade.

Back in the mid-80s, if you managed to retire with $500,000 in the bank, you could live quite comfortably on the nearly risk-free income from bank CDs. The $50,000 in annual income you'd receive was over twice the median household income then of $21,000.

The punchline: if you're a saver, if you've worked hard to amass financial wealth to retire on, you've gotten screwed.

And not only has your savings income drastically plummeted over the past few decades, but cost of living expenses over that same time period have skyrocketed — especially for the essentials like food, medical care, education and housing: 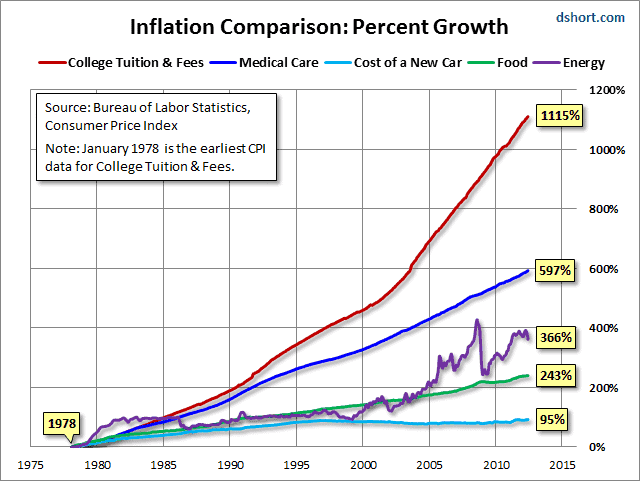 For the increasing few who can still manage to put excess dollars away after expenses, the paltry savings rates offered by safer investments like CDs force them to chase yield in order to get a return (any kind of return!) on their money. And, of course, this reach for yield moves savers further out on the risk curve, into the bubblicious asset classes (notably stocks, bonds and real estate) that the Fed's 0% interest rate policies have blown to nosebleed prices.

The likeliest scenario from here, sadly, is a recurrence of the types of losses (or worse) as seen during 2008, when these asset price bubbles can no longer be sustained. And savers will see their capital stored in these assets vaporize.

In short: the people who can very least sustain these losses will be the ones most ravaged by them.

In past articles such as Sorry Losers!, Our Tone Deaf Elites Risk The Ruin Of Us All, and The Fed Is Destroying The World One Saver At A Time, we've provided the details behind the "how" our elected leaders, the special interests that control them, and the central banking cartel have collectively conspired to throw the everyday American under the bus.

And as the above charts show, the view from down here is pretty damn lousy.

So, what's a prudent person to do?

Well, for starters, resist the urge to blindly follow the herd cheering today's record highs. Capitulating and jumping into risk assets at the end of a bubble market is simply signing up to be the greatest fool who's left holding the bag when prices correct.

For perspective on where to consider placing your money, review the chapter on Financial Capital from our recent book Prosper!: How To Prepare for the Future and How to Create a World Worth Inheriting (we're including it here below, free of charge):

And just as important: remember that money is just one of the 8 Forms of Capital required to build a resilient life. Be sure to invest as much time and attention to the remaining seven forms. They're just as important to your future prosperity and happiness, and are much less susceptible to manipulation by the ruling elites.