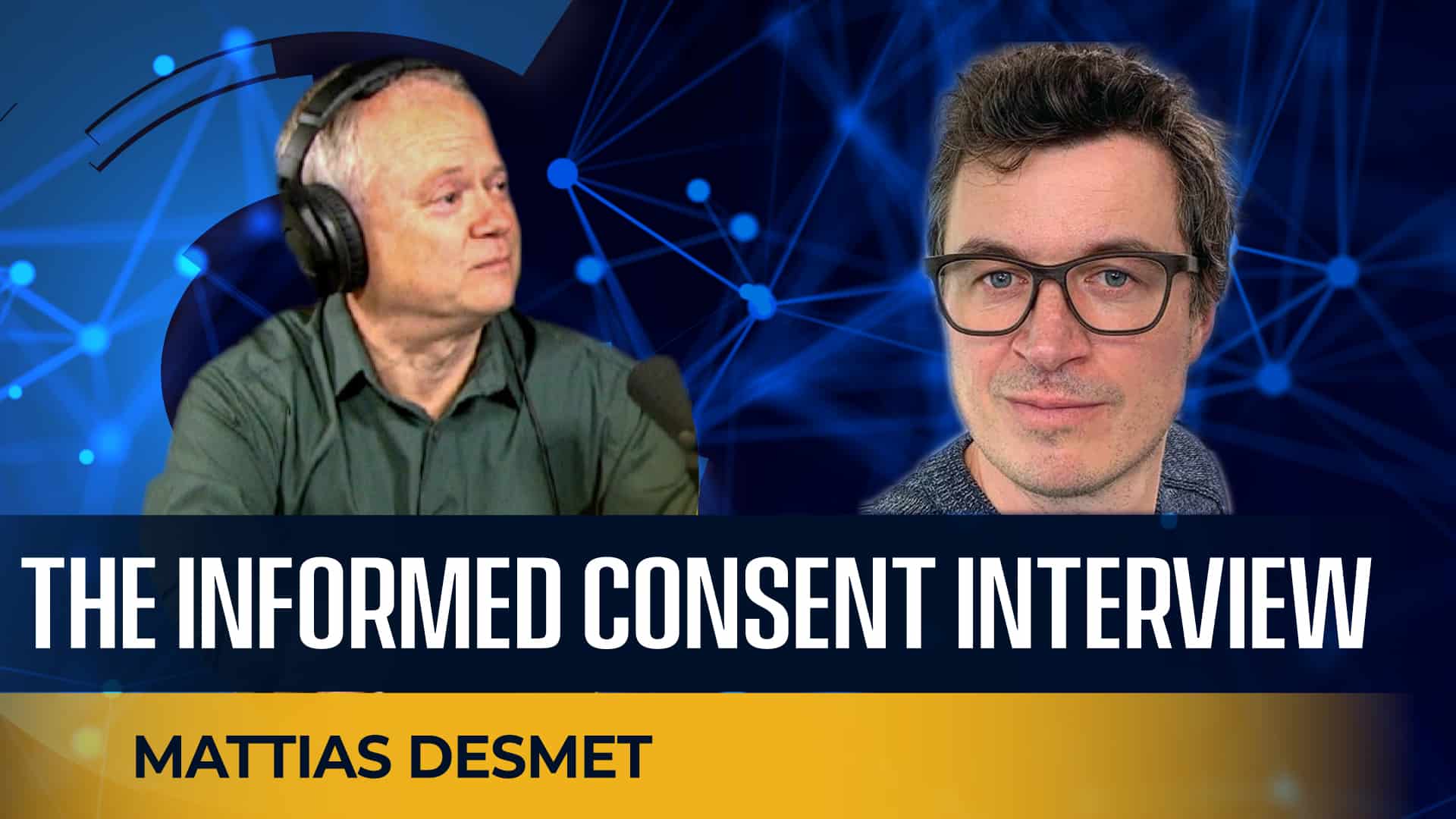 Just over seven months ago, I helped introduce the world to Mattias Desmet and the concept of “Mass Formation” (aka Mass Psychosis). Nearly half a million people watched our video on our many social media channels and at the Peak Prosperity website.

Prominent voices like Dr. Robert Malone, Joe Rogan and many others quoted the show and Mattias, and the idea of a mass psychosis taking over our world became common knowledge.

I found profound relief at finally having a framework for understanding – and even having compassion for – my fellow citizens who seemed to be going, well, crazy. A light on a very dark path began to shine.

People who once relished freedom and Democracy, often sporting a healthy and well-earned distrust of government and pharmaceutical companies, suddenly became acolytes of those entities. They attacked anyone that questioned the obviously authoritarian actions of those same entities.

How could so many people turn into slaves of the very entities that they had shunned throughout their lives? They literally became the victims and the tools of totalitarian leaders…voluntarily?

Just so, how could so many so-called “trusted leaders” turn us – their constituents or customers or friends and family – down this horrid path? As I wrote for the original interview, these “dim actors” pull our emotional strings “to create fear and isolation in order to push their agenda of technocratic control of our lives, dreams of transhumanism, using vaccine passports as a first step on a path to overt totalitarianism.”

Early on, you might have justly given those bad actors a break; after all, it was a pandemic of a new virus. But it didn’t take long to see the truth behind actual science and data; yet these elites doubled down on their control.

In his newest book, “The Psychology of Totalitarianism” Mattias helps us understand how those we supposedly trusted are still trying to create a world in which they have full control.

As he writes, “Totalitarianism is not a coincidence and does not form in a vacuum. It arises from a collective psychosis that has followed a predictable script throughout history, its formation gaining strength and speed with each generation—from the Jacobins to the Nazis and Stalinists—as technology advances. Governments, mass media, and other mechanized forces use fear, loneliness, and isolation to demoralize populations and exert control, persuading large groups of people to act against their own interests, always with destructive results.”

While we may think the lies of the pandemic and authoritarians are being exposed, and there is a light at the end of the dark tunnel, the truth is that we’re still very much in danger. Climate change, Monkeypox, Ukraine, China, recession, supply chains…the list of emergencies are never-ending, and thus the excuses for more control are never-ending.

Take this to heart, the risks are as grave as ever. We few brave and courageous people must continue to stand up and say “No!” If we do not, Mattias shows exactly how throughout history good people ended up somewhere they deeply regretted. That could be us, soon.

The good news is that many more people are now waking up to the truth that government restrictions and mandates, seemingly endless fear-based public relations campaigns, lockdowns, forced medical procedures, and vaccine passports to travel in one’s own community were created not on the basis of sound science or firm data, but out of a desire to control.

Human misery and mass atrocities are always possible, but now more than ever, our “leaders” are pushing us in that direction. It is our solemn duty to resist.

As always, “It doesn’t have to be this way.” We can do better. Listen to this important interview so “they” can’t transfer their anger and rage at us.

Mattias tells us how it’s done, and what we can do. Of course, we must defend ourselves but never resort to unnecessary violence. Continue to be courageous. Hold everyone with compassion. Hate the sin, not the sinner. But most of all, we must speak up.

If you’ve already watched the first half of this video on YouTube, please jump to timestamp 40:35 to pick up where you left off!

Other Ways to Watch:   Odysee   Download (Private Use Only)