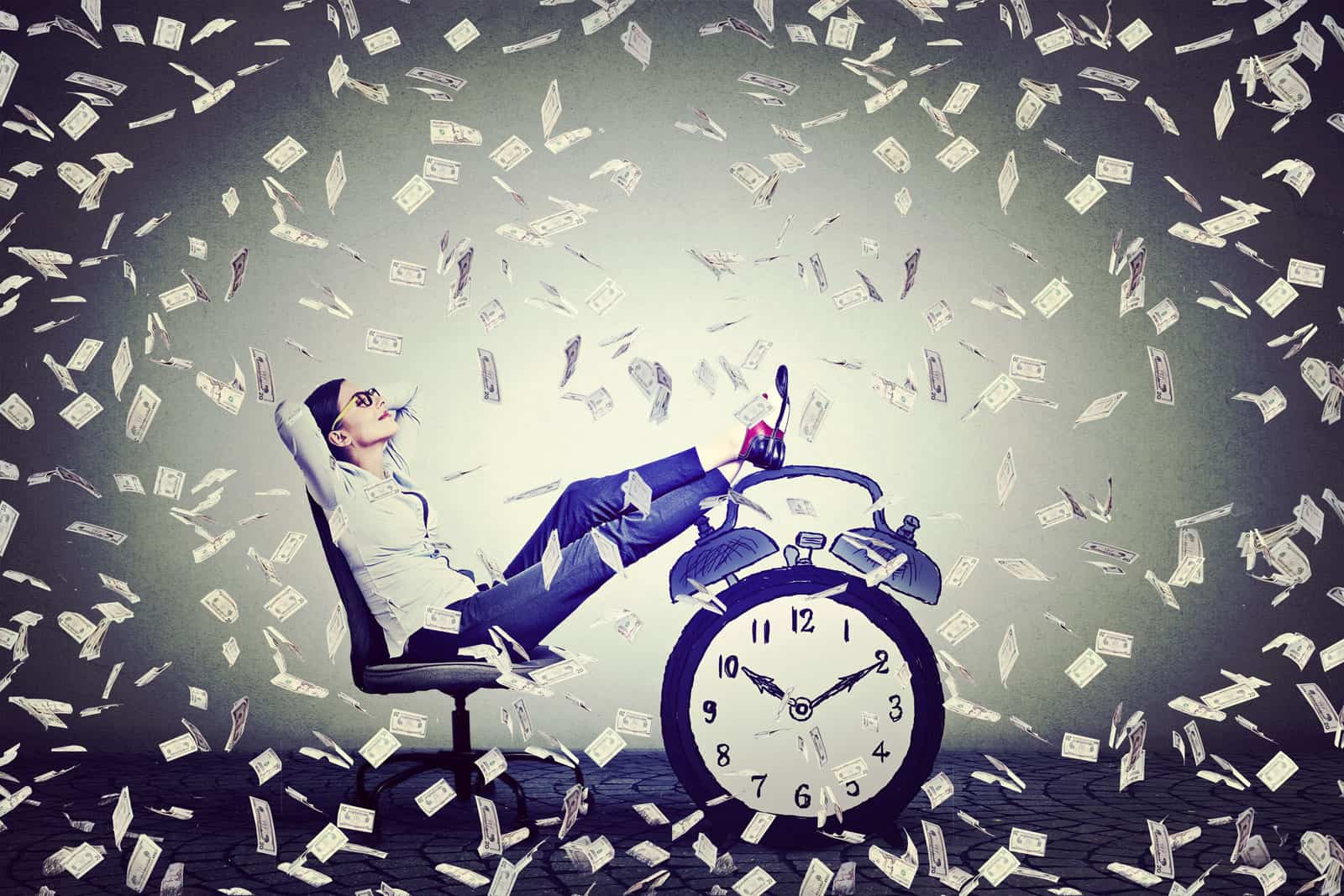 The Primacy Of Income

The Primacy Of Income

Ever since the central banks became serial bubble blowers twenty years ago, household wealth has mostly been driven by asset price inflation:

But this has been a quixotic pursuit. Created by pulling tomorrow’s prosperity into today, these asset price bubbles are unsustainable, and invariably suffer violent corrections at their end.

So far, the central banks have responded to these corrections by simply doing more of the same, just at greater and greater intensity. To keep the current Everything Bubble going, the world’s central banks have not only had to more than quintuple their collective balance sheets, but have recently had to resort to the extreme (desperate?) measure of injecting the greatest amount of liquidity ever in 2016 and 2017. 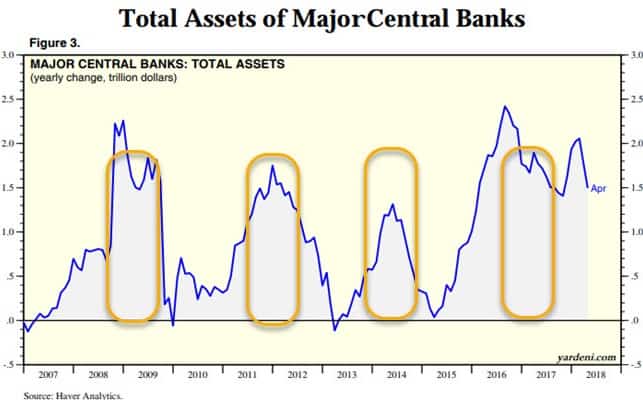 History has shown us that the height an asset bubble reaches is proportional to the damage it wreaks when it bursts. Applying this logic, the coming pop of the Everything Bubble will be devastating.

So devastating that analysts like John Hussman forecast a 0% (or worse) total market return over the next twelve years: 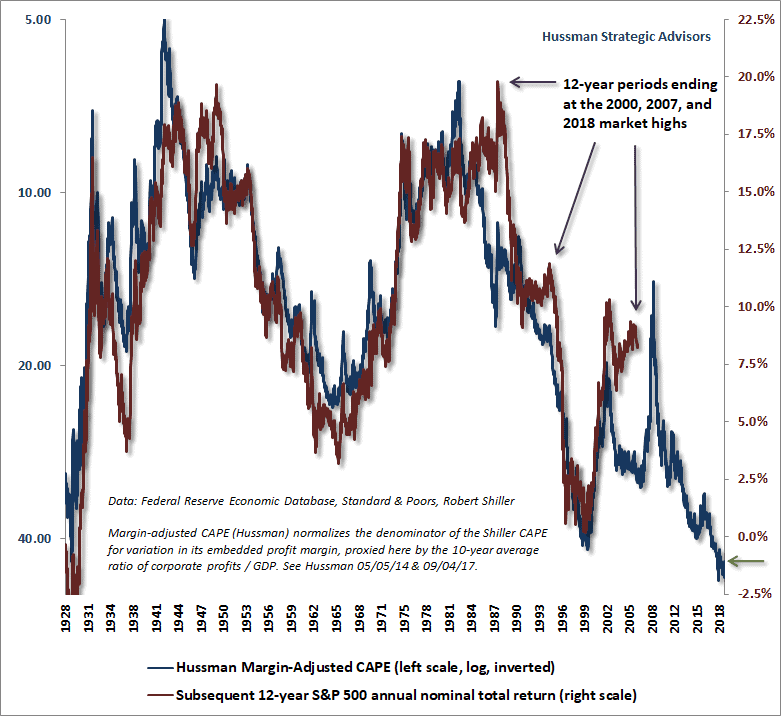 Moreover, the primary driver and supporter of asset price appreciation over the past seven years, central bank easing, is now gone. For the first time since the GFC, the collective central bank liquidity injection rate (the solid black line in the below chart) is now net zero.

And plans to tighten much further from here have been clearly committed and communicated to the world: 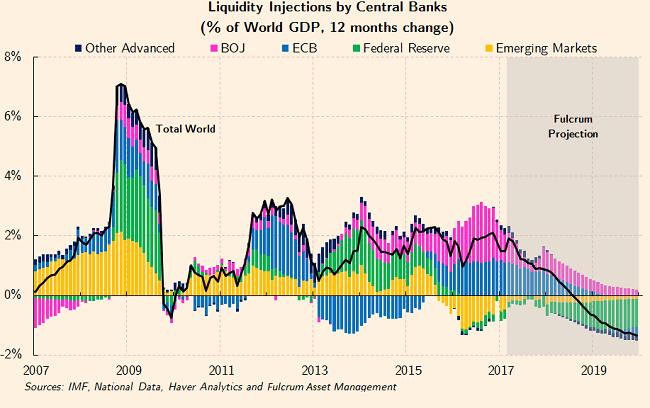 As a consequence, we fully expect yesterday’s capital gains to become tomorrow’s capital losses.  What goes up on thin-air money comes down with its removal.

And while this is going on, interest rates are suddenly exploding higher around the world after spending a decade at all-time historic lows: 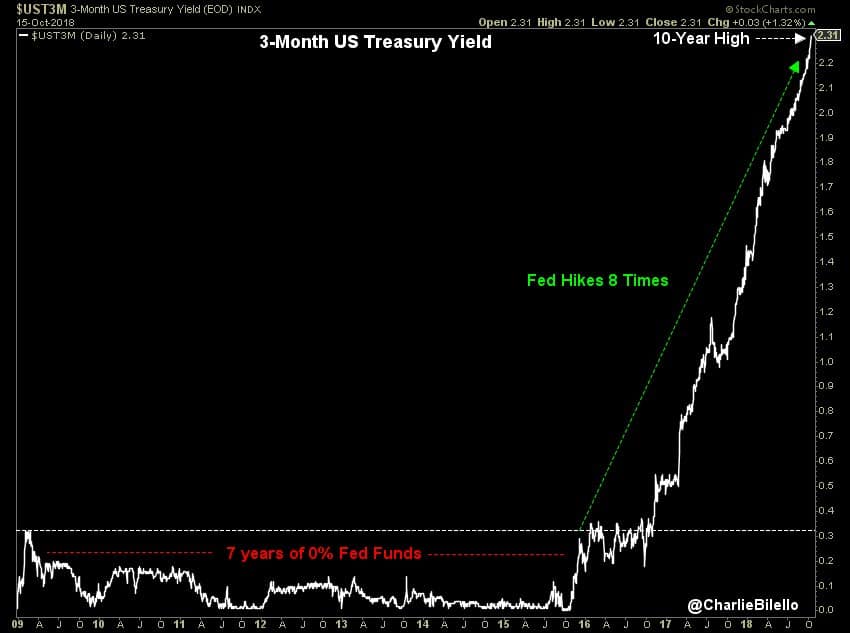 We’ve detailed in depth the math behind the depressive effect this must have on asset prices in our recent report The Weighted Average Cost Of Capital. And as we look to the long term future (i.e., next several decades), compared to the past secular 30-year decline of interest rates down to 0%, rates have only one direction to go from here: Up.

All this taken together means that the era of amassing financial wealth from swiftly-rising capital gains is over.

It was a “shooting fish in a barrel” bonanza for most investors because no critical thought was required to make money; with the central banks hell-bent on creating a universal wealth-effect, the price of nearly every asset was on a one-way elevator ride.  All one had to do was buy blindly — “buy the dip” and “buy the all-time high” — and watch one’s “wealth” increase.

But after three destructive bubbles in just two decades, the Fed and its brethren will not be able to blow a fourth. The system won’t be able to withstand it.

Our slowing global economy will require decades of recovery to heal itself from the massive over-leveraging and malinvestment binge we’ve been on.

So the existential question facing investors is: What will drive wealth accumulation in the coming era?

Investors are going to soon realize that without dependable gains, income becomes paramount. Specifically, income that will retain its purchasing power as inflation and interest rates rise.

As we look to the future and see anemic gains, slowing economic growth/return to recession, and a rising cost of living, those who own passive income streams will find themselves much better positioned for a sustainable retirement. Or for simply remaining afloat financially.

Yes, the central banks may attempt to flood the world with liquidity during the next recession. But the amounts required to reverse the growing deflationary pressures will be truly gargantuan — very likely several multiples of the easing we’ve seen since 2009.

At those levels, extreme/hyper-inflation becomes the concern. Prices of everything will shoot the moon. But especially those of assets with income streams that adjust with the inflation rate (rents, dividends, etc).

And if it all ends in hyperinflationary currency collapse, income investors usually have more senior ownership claims on those underlying real assets. Those assets will still have intrinsic value, which will be priced in whatever new currency succeeds the old.

Getting Started Investing For Income

So, how does one get started investing for income?

In Part 2: A Primer On Investing For Inflation-Adjusting Income, we detail out the wide range of prevalent (and not-so-prevalent) solutions for today’s investors to consider when designing an income-generating portfolio. From bonds, to dividends (common and preferred), to real estate, to royalties — we explain each vehicle, how it can be used, and what the major benefits and risks are.

We’re not advocating that you rush to shove all your capital into income-generating assets immediately. In fact, we advise amassing dry capital until the Everything Bubble bursts in order to purchase income at much better valuations.

But we do recommend urgency in educating yourself on the science of income investing and in drawing up your target list, so that you can act intelligently and swiftly when the time is right.