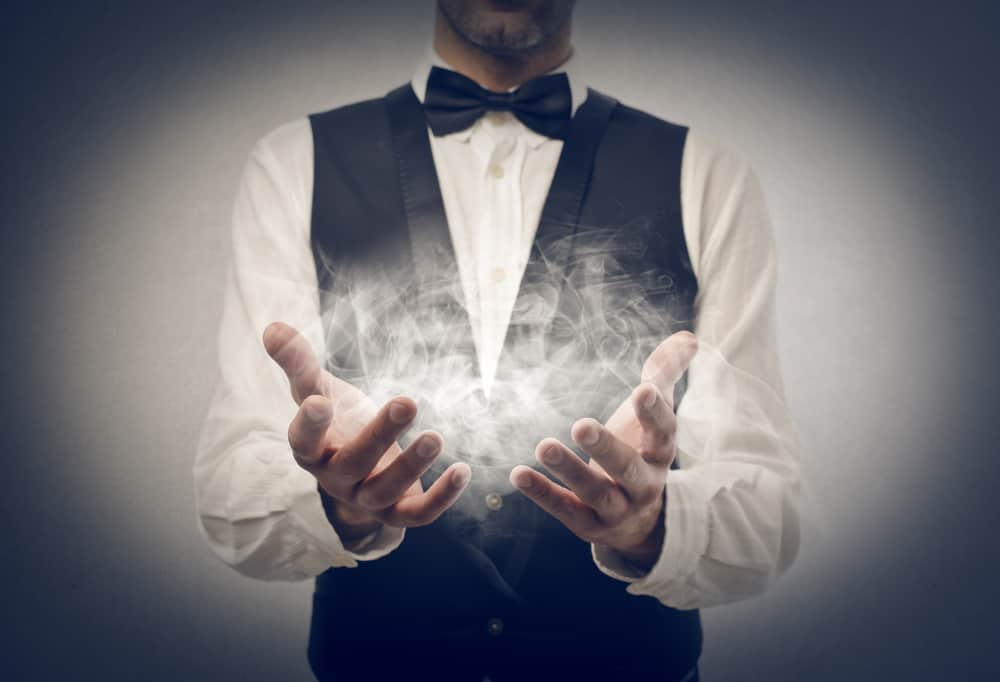 The Illusion Is Failing

The Illusion Is Failing

The secret to the trick is accidentally revealed. The woman was always in the box.  The eye is no longer deceived. And there’s no getting the audience’s sense of awe back.

Just like a bungled illusion, once trust is broken, it’s gone.

For many during 2020, the loss of their jobs and businesses — in many cases due to incompetent government management of the pandemic — has been both a blessing and a curse.

Of course nobody likes being laid off or losing a business they’d carefully built up over the years.

But for a significant number of those people, however, they’ve now been given time (against their will, admittedly) to reflect and realize how much they hated their work in the first place.  For them, the illusion has been broken.

They won’t go back to pretending their former lives were acceptable or tolerable, and they’re actively looking for employment that better fits their values.  Time for something new.

Others have realized how much they really disliked what air travel had devolved into. With its demeaning theater of faux displays of ‘safety’– being groped by TSA agents and having to perform a striptease to get personal items through the security scanners.

I’m one of these folks.  I’ll be traveling a lot less in the future, no matter what happens with the SARS-2 virues. I’ll be content to stay local and conduct my business via Zoom calls as much as can possibly be done.  I won’t miss the pat-downs, delays, crowded seats, and cancelled flights.

Similarly, social media has now been revealed to be run by petulant sociopaths whose goal is for you to see exactly what content they want you to see, because that fits their profit incentive.  But they do so under the guise of “protecting” us from uninteresting or inappropriate material.

Their contradictions couldn’t be any more gaping.  They’re pushing a “diversity” that requires uniformity of thought.

Living on the internet this year while researching and publishing over 100 updates about covid, I’ve seen innumerable examples of this on Facebook, Twitter and YouTube — such as their promotion of the W.H.O.’s inconsistent and blatantly Big Pharma-conflicted messages while suppressing front-line doctors armed with positive real-world results.

None of it makes any sense.  At least, not once you lift your head up and shake off the consumer lifestyle blinders.

The world is literally and figuratively on fire.

We are now seeing the most profound ice loss ever in the arctic.

We’re seeing more destructive wildfires in the US than ever before.

And so many storms in the Atlantic basin that they’ve run blown through “Z” and are now working their way through the Greek alphabet.

Protests.  Riots.  Political and social divisions so volatile that suddenly you can read credible opinion pieces on how civil war could be ‘a thing’ in our future.

But none of this has to be this way.

There’s another path.  One that begins by taking stock of the fact that the ways in which we’ve been living and running our society no longer work.  The more we continue to pursue the status quo in the hopes that somehow this will all magically turns itself around, the more we waste valuable time and resources.

To change, we must first start by declaring “Not this!”

That’s what millions of people are currently doing on some level.  Somewhere deep inside, they’re realizing that their old lives aren’t coming back. And good riddance too!

The illusion is broken. There’s no more fun in the show.  Time to wander out of the theater and find something actually worth our time.

The illusion is broken.  Our top health authorities have shown that they care more about creating the next massively profitable drug than they do about actually saving lives.  Once you’ve see that, you can’t ‘unsee’ it.

Both major political parties reacted to covid by hastily shoveling trillions of dollars to Wall Street and mega corporations while only giving poorly-delivered scraps to ordinary people. Which is why the current candidates’ campaign promises aren’t believed.

“None of the above” would win in a landslide here in the USA in 2020.  The illusion is broken.

If the first necessary step is to withdraw our consent, what’s the second step?

Become as resilient as you can.  Control what you can and let the rest unfold as it will.

Many of our largest systems are in the process of breaking down.  Not only is there nothing you can do to stop that, but nothing should be done here.  Those unsustainable and deeply unfair systems are failing for a reason. They’re not worth preserving. Any efforts spent trying to prop them up simply delay our opportunity to replace them with better new models.

Sometimes it’s just best to admit that a building has lived out its full useful lifespan, tear it down, and build anew.  Honor it for how it’s served us, nod once, and tear it down.

So what’s next for you?  Where do you go from here?

Well, our upcoming Peak Prosperity digital seminar (Oct 24-25th) will lay out much of our best thinking — and that of our incredible faculty of guest experts — on the best steps to take now to protect and nurture your money, health, home and community.

If you haven’t registered yet do so now by clicking here (fyi: our ‘last chance to save’ discounted price of $199 expires Saturday night, after which the price rises to $249)

And for myself and my fiancée Evie, we’re up to our eyeballs in creating community, planting, raising animals, and building infrastructure.  Besides giving us a much-needed sense of control during an otherwise out-of-control year, these actions align with our inner sense of integrity.

Intelligent regenerative action is what the world needs now. And even if they prove to be insufficient, they are inarguably necessary.  Some of these efforts, such as planting pear trees, are being planted for whomever comes after us.  We do this because it’s the right thing to do.

In a world that has gone mad, and lacks a coherent story, the need to make sense and become the author of our own story grows exponentially.

In Part 2: Building A Better Plan we parse through the wisdom of generations and cultures that have come before us, to rediscover some of the secrets of living a sustainable, fulfilling and integrity-rich life that modern society lost as it traded meaning for convenience.

If we don’t heed the lessons of the past, and attempt to build on and improve them as best we can, our remaining prosperity will vanish as quickly as the unfortunate illusionist’s act.