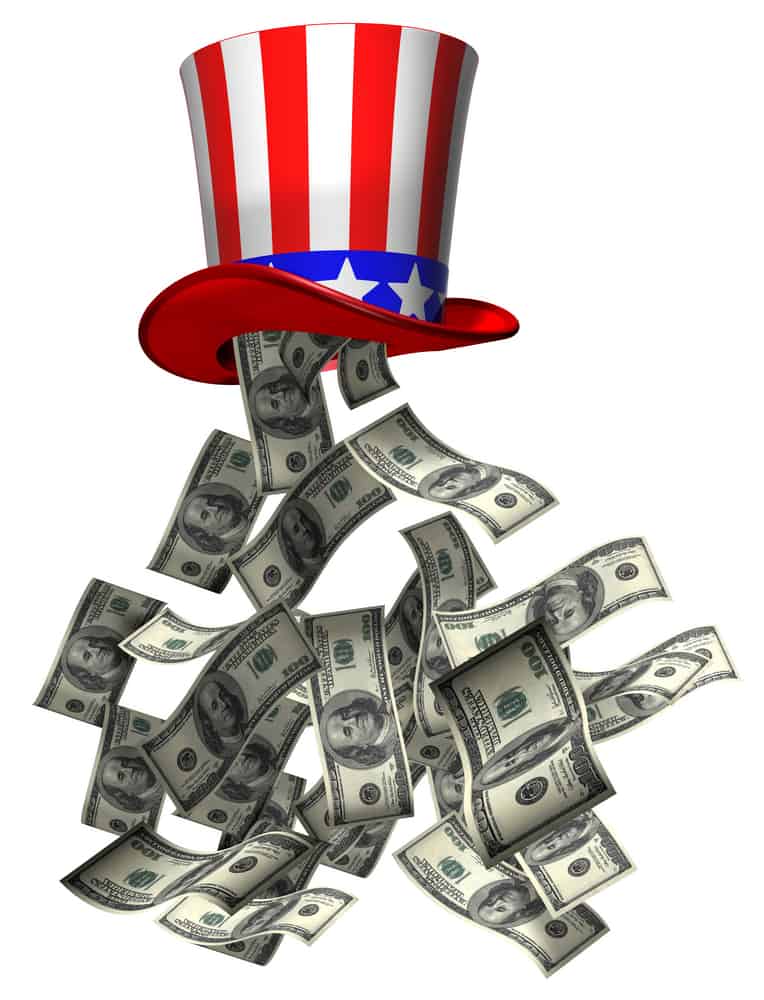 “The Government Comes Up With the Money”

“The Government Comes Up With the Money”

I'm half-heartedly watching the State of the Union address right now. What a cynic I've become.

My younger self would be shocked and saddened to learn how I've come to view these annual addresses as little more than a game of charades. The President (not just Obama, but his predecessors, too) reads a carefully and expensively constructed script designed either to elicit self-congratulatory applause from the echo chamber side of the hall, or to lob political harpoons into the other.

But in the end, it's nothing more than a game of words. And the real issues that desperately need addressing get ignored, glossed over, or showered with pablum and over-promises that will never materialize.

A few minutes ago, the President just announced his new executive order to raise the minimum wage by nearly 40% for those employed by federal contractors.

Now, I'm not going to make this article about the rightness or wrongness of such a move. And I'm very sympathetic to those earning the current minimum wage amount of $7.24/hour. In a world where the basics of living like food, health care, housing, energy, and education have skyrocketed in cost (due in no small part to the intervention of central planners), yet real wages have actually regressed, how the heck does one get by on the minimum wage?

But I will share the thought that enters my mind whenever I hear a politician make such a magnanimous and grandiose claim: How is this going to be paid for?

I think I'm shocking no one when I emphasize that our political leaders act as if money is magically produced whenever the need is great enough. Weak economy? Print money to bring interest rates down. Banks unstable? Print more money to buy their bad assets from them. Can't balance the budget? Run the country at a deficit (as they don't matter anyway, right?).

But I'll share a recent personal experience with the government that still managed to shock me. And I think it captures well the magical thinking at the heart of our national dysfunction.

A relative of mine is in her senior years now without any savings to lean on. (By the way, that puts her in the company of 22% of US seniors over 65. In fact, a shocking 4 out of 5 of all U.S. working households have retirement savings totaling less than one year's worth of income – so it looks like there will be many more in her situation soon)

There's no way to sugar-coat her financial condition. She's in a tough situation with limited options. But we're doing what we can to support her.

Which led my ears to perk up when a friend suggested there may be a relatively easy way to boost her monthly Social Security payment. It turns out that, despite being divorced for over 40 years from her former husband, she can claim a portion of his Social Security benefits. If you were married for over 10 years, the government allows this.

Okay, I thought. Good for her. But what about her ex-husband? I doubt he's going to be happy seeing a drop in his Social Security check, and even less happy learning that it's because the government decided to give the difference to someone he divorced four decades ago.

But here's the thing that bowled me over: His doesn't drop.

The government makes it clear that if a divorced spouse is awarded any claim to your Social Security benefits, the benefits you receive remain untouched. From the SSA.gov website:

As the one investigating this opportunity, I spent a day on the phone with the Social Security Administration, and, sure enough, that's the way it works.

I couldn't help asking the nice folks at the SSA: Who funds this? Where does this extra money come from?

In theory, the Social Security trust fund is a kitty paid into by workers as they earn income during their lifetime. (In practice, we know the kitty is empty, having been raided by politicians for decades). In this case, the ex-husband worked for a certain number of years and had a certain amount of his income directed into Social Security to finance the payments he would later receive in retirement. Payments that he now is, in fact, receiving.

So, if the government later decides that his ex-spouse should also get a check based on his years of employment, but no extra hours were worked to fund that second check, how does that math work?

Well, as probably comes as no surprise, math doesn't factor into the answer I received. "It's just how the system is set up" I was told. "The government comes up with the money."

And that – to me – succinctly sums up why we deserve the economic predicament we find ourselves in: too many of our leaders and too much of the populace look at the government as a perpetual font of money. The curiosity to ask the questions: Is this sustainable? Is this wise? isn't there. Either because we're too lazy or too fearful to learn the answers.

For the record, I did prod further into how such a payment system could remain solvent. But it was clear to me that, not only was this a strange question to the folks I was asking it of, but it was something they had never even thought about before. It didn't take very long before they conceded that it probably doesn't make sense, but folks who qualify for the extra money would be crazy not to take it.

In the end, my family member did qualify. But not for very much. (There were uncommon exceptions that ended up reducing her claim)

And while I understand why she feels the need to take the money, I'm conflicted about my role in the affair. Because it's this very behavior of treating the government like a free money ATM (or a benevolent uncle with a bottomless wallet – use whatever analogy you like) that's ruining us.

Which makes it all the harder to hear of 40% hikes in the minimum wage, or health coverage for all through the "Affordable" Care Act, or extension of the expired unemployment benefits for those who have been out of work for over 99 weeks, without asking: How are we possibly going to afford this?