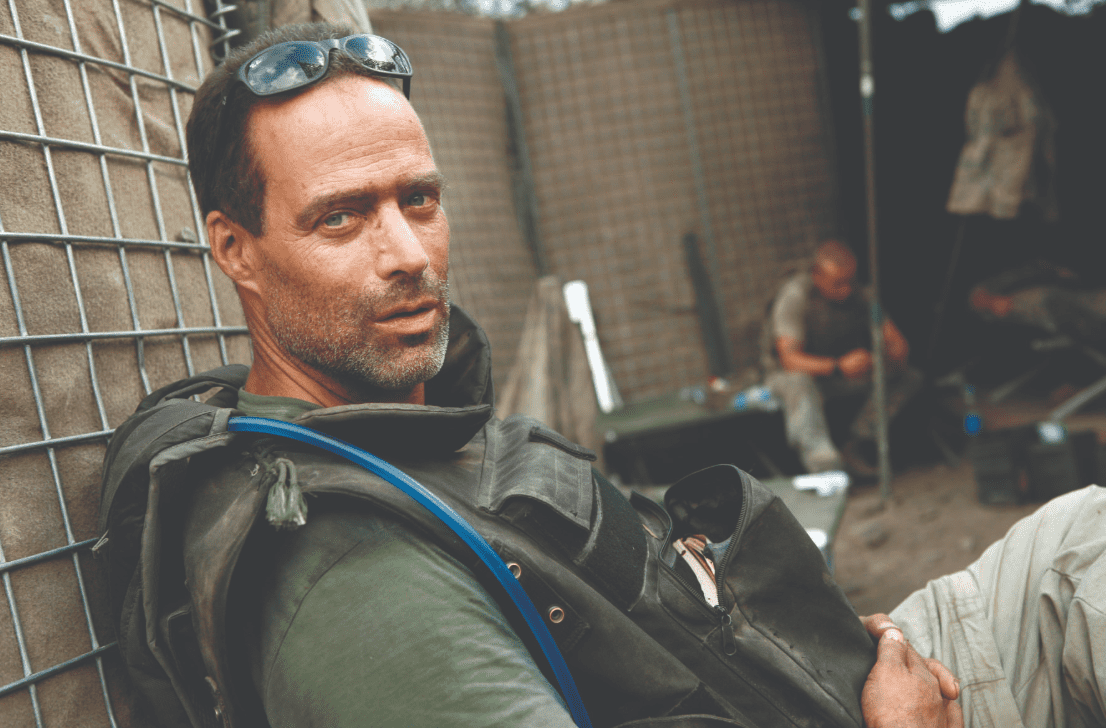 Sebastian Junger: Is Our Material Wealth Undermining Our Happiness & Health?

Sebastian Junger: Is Our Material Wealth Undermining Our Happiness & Health?

One the most personally meaningful podcast interviews we’ve done over the years was Our Evolutionary Need For Community, recorded with Peabody award-winning author Sebastian Junger. Junger is well-known for his NYT-bestselling books The Perfect Storm and War, the latter of which was written after a 15-month tour of duty in the most dangerous outpost in Afghanistan’s Korengal Valley.

Based on his observations while in Afghanistan, Junger noted how much troops in combat valued the social solidarity of their units. In fact, he noted that the loss of this cohesive community, with its sense of purpose and shared responsibility, created prodigious psychological strife when these soldiers returned and tried to re-integrate into civilian life. This dynamic is not just limited to the military; any collection of humans working in tight-knit groups under stress, united in purpose, evidences similar behavior (Peace Corps volunteers, trauma care physicians, etc).

In his excellent book Tribe: On Homecoming and Belonging, Junger explored our evolutionary wiring for community, and paradoxically, how our modern aspirations for “success” and “wealth” attempt to distance ourselves from it — making us unhappier and emotionally unhealthier in the pursuit.

Since recording our initial interview with Sebastian, we’ve often shared the insights from it with the Peak Prosperity tribe at live events and in our writings. So this week we decided to reconnect with Sebastian, and hear how his thoughts and conclusions on the topic have evolved since we last talked with him.

It’s clear that he believes more than ever that the future prosperity of our society will be rooted in rediscovering how to create and foster the communal bonds our tribal ancestors lived by. And that begins by taking an honest look at the narratives, behaviors, and modern conveniences and temptations that keep us trapped in unhappy, unhealthy isolation:

In material terms, we’re doing incredibly well. But in basic human terms, we seem to be in a huge amount of psychological and maybe even spiritual distress. Is our material wealth undermining our psychological health? It’s not a stupid question.

Of course, there are stressors that come with poverty as well. But one thing you lose with affluence is you lose close communal connections with other people. The less you have, the more you need other people to make up for the shortfall. In a poor African village, everyone is pulling their water out of the same well, literally and metaphorically. We mustn’t romanticize poverty, of course, and the stressors that are associated with that and all kinds of other ills. But it does seem to mitigate psychological harm.

So I look at our society and I think okay, the Amish don’t drive cars. They have very low levels of depression and suicide. The car brings great benefits, but if you really wanted to make a more cohesive communal society, you might think about getting rid of the car. That’s not going to happen. But if you want to really have an honest conversation about solutions to this particular problem, I would say the car is a great stressor in terms of social cohesion.

Another is the smartphone/social media. I think the smartphone is psychologically catastrophic for people. What a misnomer: “social media”. It’s an outright lie to call it :social” when it really is profoundly antisocial. To me it’s like the lie perpetrated by the tobacco industry in the 1970s that tobacco wasn’t bad for you. It’s on that level of deceit. People in Silicon Valley who engineered this stuff, who developed the social medial tools and all the software and the hardware that support them, as parents they’re not allowing their children screen time because they know it’s so toxic.

So when people ask What can we do? I advise going to the nearest body of water, taking your smart phone out of your pocket, and seeing how many skips you can get out of it before it drops to the bottom of the lake forever. That’s something we can each do to rejoin the human community.

Click the play button below to listen to Chris’ interview with Sebastian Junger (46m:28s).