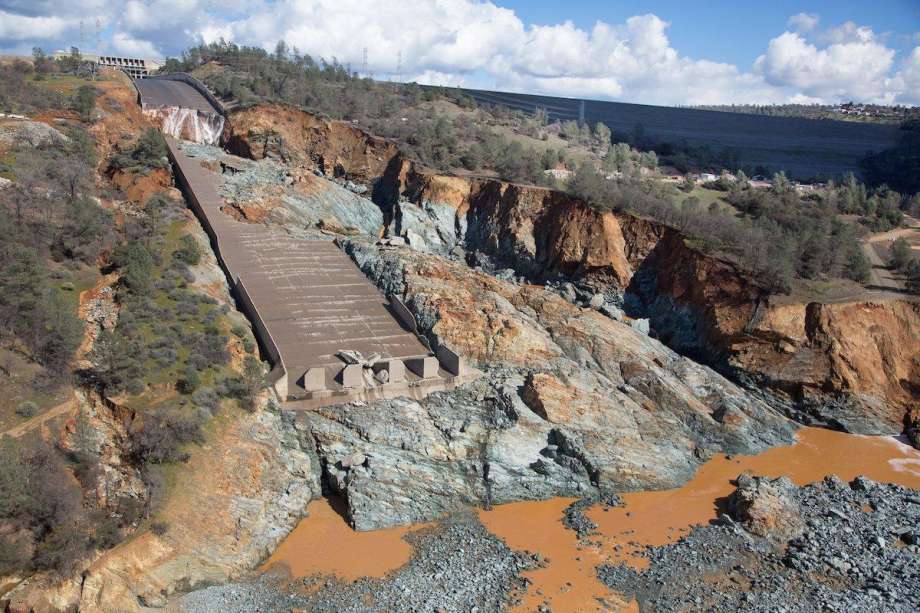 Remember the crisis earlier this year at the Oroville Dam?

The overflow from California's winter of heavy rain threatened to overpower our country's tallest dam. A cascading failure of the dam's main gates, its primarily spillway AND its emergency spillway had the world watching hour by hour to see if a catastrophic breach was going to occur.

Fortunately, the rains stopped long enough for the situation to be brought under control. The dam remains in place and repair crews have been working all spring and summer.

But should we breathe easy at this point? Not at all, says dam safety expert Scott Cahill. Our readers will remember Scott from the excellent technical assessment he provided in the thick of the crisis earlier this year. In our earlier podcast with him, he explained how the real tragedy at Oroville was that for many years, small and affordable maintenance projects that easily could have prevented the crisis were diverted (in his estimation, the cost of making the needed repairs was quite small — around $6 million. But for short-sighted reasons, the repairs were not funded; and now the bill to fix the resultant damage will likely be on the order of magnitude of over $200 million. Which does not factor in the environmental carnage caused by flooding downstream ecosystems with high-sediment water or the costs involved with evacuating the 200,000 residents living nearby the dam).

And the pattern appears to be continuing. In this week's podcast, Scott details a number of concerning structural risks visible at Oroville that are again being de-prioritized, or ignored all-together. And as before, straightforward and inexpensive projects that have high potential to prevent a catastrophic failure of the dam are not being pursued:

So yes, we've made the bottom of the principal spillway, the concrete slues, more sound. But it's not the bottom of the dam that will fail, of course, it's the crest — the top of it — where the gates are. That's still highly suspect.

There are additional issues involving the unwanted moving of water through the dam — the so-called "green spots". These are areas where water is migrating through the dam, probably through the indigenous soils adjacent to it. I've walked on these [at Oroville] and you can stick your foot down, and like your backyard after a torrential rain, water actually comes up into the footprint after you remove your foot. This is not a good situation. I believe there is a lot of movement of water through that dam, including at the structure itself that houses the gates that control the flow down the principal spillway.

There's nothing wrong with embankment dams in general, they're wonderful dams. But they rely on the mass of the earthen embankment itself to offset the forces that try to slide or rotate it into failure. When we see water migrating through a dam, it can potentially cause failure of the dam because it offsets the mass all that earth. Plus, there's a lot of river rock and sand in this embankment. River rock, as we all know, is round. Anyone can understand how a pile of round rocks, if the fines have been washed out from between them by water and the rocks then vibrated, for instance, by seismic activity, weakens the system. These concerns are very, very serious. I believe that this situation is occurring in multiple places across the Oroville dam — and yet this is simply not being discussed.

Click the play button below to listen to Chris' interview with Scott Cahill (41m:06s).