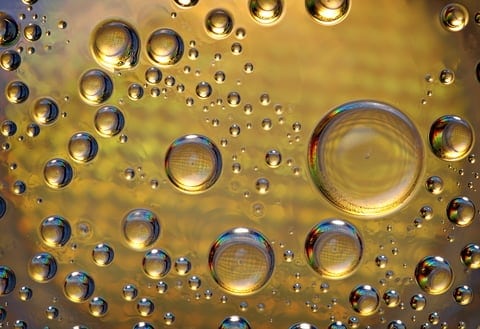 Robert Mish: Front-Line Evidence That We Are Nowhere Near a Gold Bubble

Robert Mish: Front-Line Evidence That We Are Nowhere Near a Gold Bubble

Robert Mish has been a precious metals dealer for nearly 50 years and knows what gold bubble mania looks like. We are nowhere near that stage, in his opinion.

Instead, he sees a U.S. populace largely unappreciative of holding precious metal as a store of wealth, and engaged in a slow process of dis-hoarding their gold and silver to eager foreign buyers, who are more than happy to take the bullion back to their shores.

But he foresees a very rude awakening ahead, as the populace eventually wakes up to the increasing damage that our over-debted global economy is doing to the purchasing power of world currencies. Because when the general investor finally realizes the protection the precious metals offer against currency debasement, much of the retail supply will already be out of the system, in very tight hands and largely overseas.

Moreover, when supply gets tight, there will be more challenges to obtaining physical bullion during a buying mania than there were during the last mania in 1980. There are many fewer local sources to exchange bullion these days, as much of that business is now transacted by online vendors dependent on mail delivery to ship product, and they are more vulnerable to supply chain disruptions.

Be sure you're aware of how the form in which you hold your bullion will affect the price you get during a buying frenzy, when refining capacity is overwhelmed. You may find that your gold or silver sells at a hefty discount because it's not in a preferred format for trade.

The phone calls were ringing so much we could not answer them. We had to just put all our lines on hold so we could service the customers, and we wanted to service our own customers first.

We would come in to open at nine in the morning and there would already be a line out the door and down the block. Sometimes the line was mostly buyers; sometimes there were sellers. We would run out of metal. We would run out of anything. And we would have to divide the line into two lines. We would take the sellers in first, get some product, and sort it before the buyers were let in.

And people were not very discriminating then; they were panicking. By the time it peaked in January 1980, there were people out there who did not even understand free market economics or precious metal economics; they were just buying because it was fashionable or because it was going up forever. Those are more the makings of a bubble; today most people are coming in to sell.

The typical seller today is really the opposite of who they were 30, 40, 50 years ago. People used to save, either through a bank account, or keeping some coins around, putting away silver dollars when they came back from Reno or Lake Tahoe. They would be buying some interesting furniture or jewelry. And then they had income in excess of their expenses. Today, so many households are stressed having expenses greater than their income or servicing a lot of debt that they are starting to sell the things, the heirlooms, that they so prized before. So we are seeing people sell their Rolex they do not want anymore or cannot afford to keep, their old jewelry, their parent’s jewelry, and belongings that they inherited. The coins they collected when they were a kid. it is sad, in a way, because what we are seeing is the dis-hoarding of a culture.

Well, in the United States, the typical buyer is perhaps someone who has taken the Crash Course and has studied what is happening to our nation and understands that they have to protect themselves from the coming inflation and social ramifications of that inflation and the debt burdened economy. Big money is buying, but for every one buyer, there has got to be five sellers here, and I am sure that is similar among my colleagues around the country, maybe even more so. Because over here we are in a wealthier area, and I still have more sellers than buyers.

A lot of it is going overseas. A lot of the coins that came to America over the decades, over the generations, either through the fact that we had the money to buy them or through immigration or through the spoils of war, it is all going back now to the home countries. Especially if it is a home country, where their economies are rising and the people are saving rather than spending.

Just last night we had two visitors from China, colleagues of mine in Shanghai, they flew here just to see me, and they flew back the next morning. They cannot get enough coins in China; they are buying everything back that came here when the people in China could not buy their own coins. Next weekend I have more visitors coming. Coin shows, which have been all over America, are now appearing all over the world. There are now major coin shows in gathering marts in Singapore, Tokyo, Beijing, Hong Kong. It used to be once a year; now it is three, four times a year. Big auctions that used to be held in the United States are now organizing in Hong Kong and other countries.

So we are seeing a movement back in the opposite direction, and it is sad [for the U.S. market].

On the Importance of Physical Form

Robert Mish: A refinery problem is where a dealer buys the scrap gold and the scrap silver and his refiner cannot get it processed for several weeks or months. And that squeezes his cash flow so he has to pay less and less to the public.

Chris Martenson: So if I walk in with a bag of junk silver, it is 90% silver, it has always been trading well. But if we are in a real heyday, your refiner says, "I am backed up 11 weeks. I can take that in 11 weeks." Meanwhile, prices are gyrating. You are going to look at me and say what?

Robert Mish: I am going to say, "Mr. Martenson, I wish you had come in here with pure tradable silver or something that is exchange-ready."

The marketplace determines the choice for medium of exchange. If you have silver in any other form, if it is in odd form such as coins, broken spoons, and knives, or whatever, and I have to have it refined in order to get it back in a marketable form, it is going to suffer a discount. And that discount is going to be greater the longer it takes to turn that around.

Chris Martenson: So anything that has to cycle through a refinery has that refinery risk. What was the discount that got applied at its most maximum in the 1980s?

Robert Mish: In the 1980s, when we were about eight weeks backlogged and not everyone even had a refiner relationship and [thus] had to rely on other dealers who did, it got to about a 30% discount for having the wrong form of silver versus the right form.

Click the play button below to listen to Chris' interview with Robert Mish (runtime 28m:19s):

iTunes: Play/Download/Subscribe to the Podcast

Robert Mish is the proprietor of Mish International Monetary Inc. in Menlo Park, California. He has served as a major dealer in bullion and numismatics for clients worldwide for 49 years.

Our series of podcast interviews with notable minds includes: