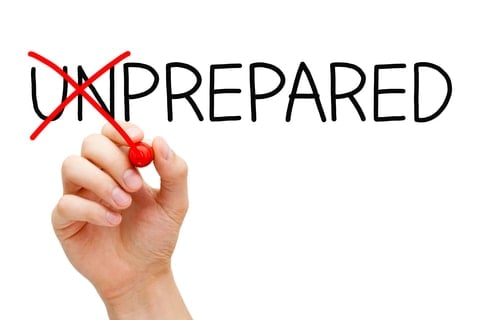 In a country where insolvent states increasingly compete for Federal funds, Utah is bucking the trend. And in the process, it’s showing the type of leadership this nation will need more of to deal with its national economic plight.

A recent slew of new legislation has been passed – collectively known as the Financial Ready Utah (FRU) initiative – to assess the state’s greatest financial vulnerabilities and to identify the most promising programs for addressing them at the state, community, and household levels. As a result of its earthquake-prone geology, Utah has developed a robust statewide disaster-response system. The FRU initiative prudently asks: Shouldn’t we also have a financial-earthquake preparedness program in case of another 2008-style (or worse) economic shock, which the math indicates is more than likely?

In this week’s podcast, Chris talks with two of the driving members behind Financial Ready Utah, Representative Ken Ivory and CPA Dan Griffiths. Representative Ivory started the initial momentum behind the new legislation by pushing for a first-ever audit of the state’s receipts of Federal funds, essentially asking each state agency: How much Federal money do you receive each year?

The results were sobering:

What we learned in this process is that the State of Utah is somewhere between 30%-50% dependent on Federal Funds for their state budget. Imagine you’re a company and 40% of your revenues come from a single source that is telling you in their consolidated financial statements that they’re broke. You probably ought to have a contingency plan.

Not only were no contingency plans on the table, but with the passage of the sequestration, the state is already seeing early efforts by the U.S. Government to reduce the annual funds to the state:

We’re seeing this already. Even over the last couple of months with sequestration, the Federal Government is reaching in and not just cutting its expenses; it’s cutting our revenue items – items that come right out of the land, the monies that were supposed to come off first to educate children. They’re not only cutting those back; they’re reaching back in time and saying you have to pay back what you’ve already spent. I mean, imagine that. That’s just unfathomable that they’re reaching in to do that.

They’re taking mineral release money from revenues that are extracted right out of the ground and taking that revenue out of local schools and local economies. That’s happening right now. That took the alarm bells to a new level.

Chris and I have been pleased to note that much of the discussion so far has centered on the importance of developing greater resilience – the same kind that is recommended in our Resilient Life section – at various levels throughout the state. As well, we were glad to hear that there is growing interest from other states in what Utah is pioneering here. If Utah’s example inspires other states to follow suit and bring their own ideas into the mix, we can accelerate our understanding of the most successful tactics, as well as reduce our national vulnerabilities:

Our system has evolved to something it was never intended to be. It was supposed to be 50 laboratories of freedom and of innovation. But we’ve consolidated that to a level now that we only have one firewall of risk. If the Federal Government has a hiccup, that affects everyone. Our system was never intended to be that way. We’ve got to restore balance in that partnership and pull that back down so that we can innovate in these 50 different laboratories and have these kinds of experiments in resiliency that you’re talking about.

Click the play button below to listen to Chris’ interview with Representative Ken Ivory and Dan Griffiths (23m:31s):