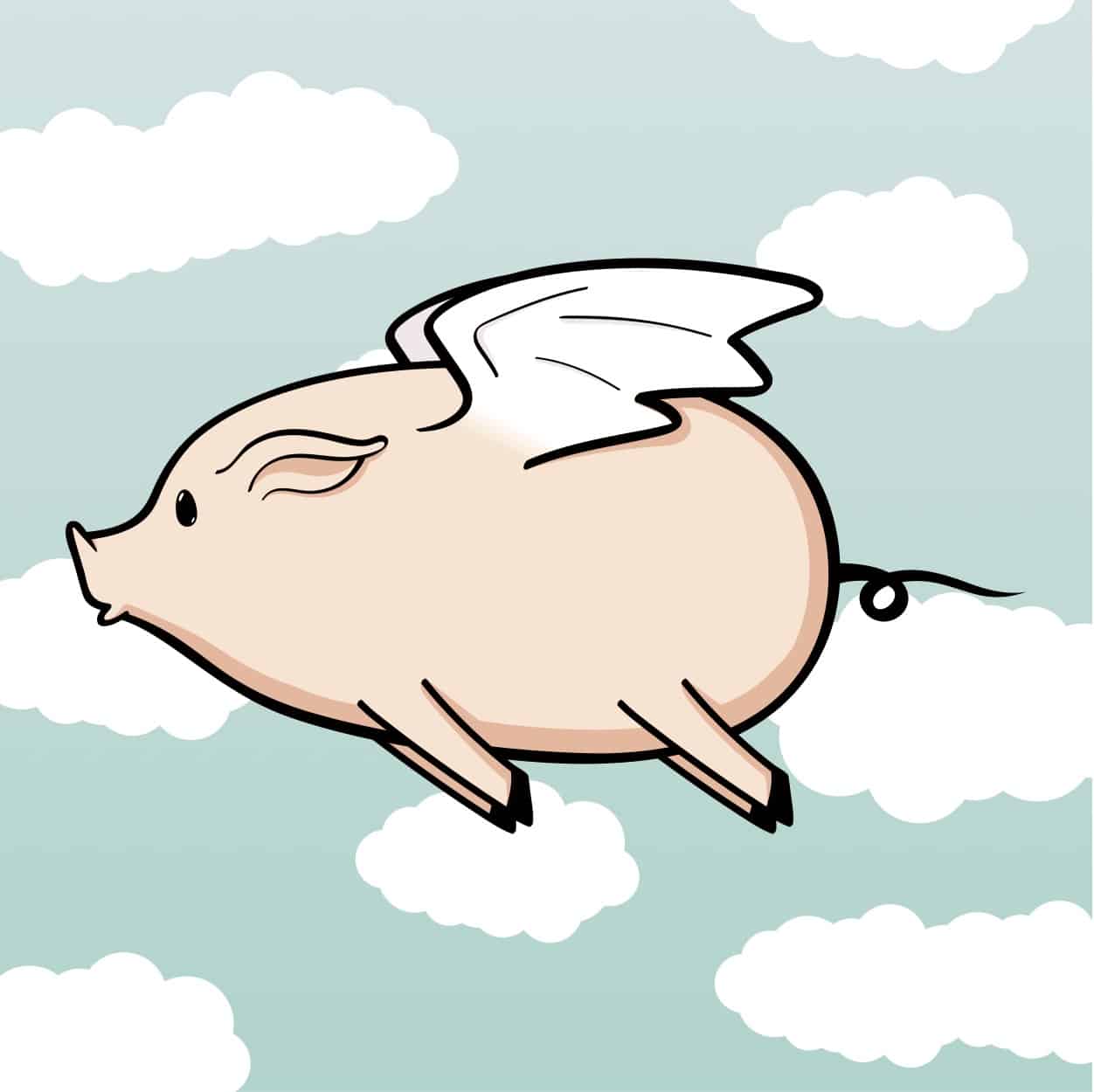 The total tonnage of economic malarkey being shoveled over the American public these days would make the late Dr. Joseph Goebbels (Nazi Minister of “Public Enlightenment and Propaganda”) turn green in his grave with envy. It’s a staggering phenomenon because little about it is conspiratorial; rather, it’s the consensual expression of a public that wants desperately to believe things that are untrue, and an economic leadership equally credulous, unmanned, and avid to furnish the necessary narratives that might preserve their jobs and perqs.

By “economic leadership” I mean the consortium of business executives, government officials, academic economists, and media disseminators — and even some bloggers and financial advisers. Some of the latter may be “talking their book,” since they may manage other people’s money and need those other people to believe in the soundness of markets, true or not. And some of the former may be motivated by the fear that even a little erosion of trust in the system could lead to a collapse of the system basted together by little more than blind faith in currencies and dubious “innovative” instruments. But most of these characters are mainly just flat-out delusional.

Recently, John Mauldin predicted (on a recent Financial Sense podcast) that “…pretty soon we’re gonna be energy independent… a net energy exporter in the next three, four years.” This meme has been all over the web and the mainstream media since about 2011, emitted by commentators who haven’t noticed either the steep production declines in shale oil and gas wells or the supernatural flows of junk-derived capital for a drilling frenzy that distracts observers from the financial incongruities of the entire shale energy model (in which the word “profit” is absent).

Anyway, a week after Mauldin’s prediction, the US Energy Information Agency (EIA) published a 96% knocked-down revised estimate of recoverable oil from the Monterey/Santos shale formation, going from about 15.4 billion barrels to about 600 million (or about 30 days of US supply). That 15.4 billion represented about 64% of the EIA’s total for all the nation’s shale oil reserves, so one might expect at least a shock to the system of junk financing.

On the gas side, you have the stark fact that the first three big shale gas “plays” of the shale era (the Barnett, the Haynesville, and the Fayetteville) are now in decline or flat, leaving the Marcellus and Eagle Ford. What makes anyone think that the steep decline rates in the early plays won’t lead to the same fate for these two plays? (Answer: wishful thinking.) The Monterey shale play was going to gin up 2.8 million new jobs and boost California’s tax haul by about $25 billion. As Jim Hansen, publisher of The Master Resource Report pointed out:

Probably the most important lesson from this is that many of the distinctions between resources, reserves, technically recoverable reserves and so on are lost on the mass media, the public and most importantly government leadership. Headline numbers like 15.4 billion barrels and 2.8 million jobs are what set the agenda. Reality is much more nuanced, complicated and sometimes grossly different.

Yet there remains a number of other prominent cheerleaders of the “shale miracle.” The magisterial George Friedman of the geopolitical website Stratfors.com, came on David McAlvaney’s weekly podcast touting the prospects of massive gas exports to Europe and Asia. Friedman characterized it as:

“…a technological revolution as dramatic as Silicon Valley was in introducing the microchip. All the assumptions about energy in the world have been turned on their heads. The United States is now a major producer. The problem is logistic. How do you get it from here to there.”

This is worse than a simplistic view of the situation. The shale gas industry has never been profitable at US prices seen since production ramped up bigtime around 2007. Currently it’s at $4.60/mmbtu, still well under an economically rational level, though it swooned near a miserable $2 just two years ago. So the export idea is that US can build out a massive new infrastructure of gas pipeline terminals to liquefy the gas and a fleet of expensive liquid gas tankers in order to ship gas to Europe and Asia, where demand has exploded, and the price is as high as $15/mmbtu. Okay, when and if the US has the ability to export all this gas (big if, considering the needed cap-ex), what happens to American customers who find themselves competing for this commodity with five billion Asians and Europeans? Do they just freeze in the dark?  Mr. Friedman apparently failed to notice the hemorrhaging of jobs and incomes among the disintegrating American middle class. I wonder if he thinks they can afford to run their furnaces at $15/mmbtu.

Willful misunderstanding of the shale gas situation is just one of many examples of thought failure among the class of Americans who even pretend to think for a living. It cannot be due to a sheer lack of brain power (though who can say what the aggregate effect of food additives, off-gassing carpets, and other chemical insults might have had on recent American generations). We apparently just don’t like reality and seem to think we can turn it off, or switch to another channel or web address for a better buzz. This is surely true of the investing sector of the public, some of whom still read and occasionally experience activity that resembles thinking. But they switch the channel away from reality to Fox, Bloomberg, and CNBC for the excellent reason that their good fortune in rising rigged markets makes them feel immune from danger. The state and the central bank have declared unconditional ZIRP and QE, and the portfolios resound with the ka-ching of dividends and capital gains, so why worry… be happy!

It’s a tragic fact of history that sometimes societies lose their bearings. They make terrible choices and bad things happen. It doesn’t have to take the form of a conspiracy, but rather a consensus — that is, a simple agreement between people in charge (and the public subject to their rule) about where that society will direct its priorities and make its investments. Proof of this was the behavior of national leaders and the public in the aftermath of the 2008 financial crash. The system was hugely burdened by the debris of loans gone bad, a lot of it packaged into fraudulent bonds. The biggest banks in the nation were implicated in the creation of these frauds and left holding a lot of their own bad paper when the music stopped. Clearing the debris would have restored structural integrity to the banking system. Prosecuting financial criminals in the executive suites of the banks would have disincentivized racketeering and control fraud.

American leadership allowed neither restructuring or prosecution. Banks (except for Lehman Brothers, the unloved “fall guy”) were not only prevented from failing, they were stuffed with taxpayer bailout money, plugged into a new Federal Reserve carry-trade racket (ZIRP), given a green light on unlimited accounting fraud (FASB 157), and allowed to continue their old rackets in new ways, e.g. the new bundled rental payment bonds, “covenant-lite” junk bonds,  and new iterations of shady collateralized loan obligations. And, of course, not one bank executive was prosecuted (not to say jailed) for criminal shenanigans that cost the US economy $22 trillion according to the US General Accounting Office.

The public went along with all this to the degree that few of their political representatives were turned out of office, nor was any effective political resistance mounted besides two movements that proved to be weak and ineffectual: Occupy Wall Street and the Tea Party. (David Brat, who unseated House Majority Leader Eric Cantor in the recent Virginia primary, tried and failed to get backing from the Tea Party.)  President Obama, who first campaigned on “hope and change” in the very moment when Wall Street blew itself up, and did absolutely nothing to change the racket-riddled banking system afterward, was rewarded with re-election in 2012. The obvious conclusion is that America, from top to bottom, didn’t want to restructure anything about our national life — and still doesn’t. It wants to stay stuck where it is in a very perilous moment of history, and it has enlisted a laundry list of fallacious beliefs to support its “do nothing” spirit.

Here’s a roundup of the other items from the roster of delusions currently making the rounds.

In Part 2: On The Fast Track To Crisis, we explore why each of these notions is untrue. Subscribing to them will leave us at least disappointed and at most woefully unprepared for the circumstances in store for our country.