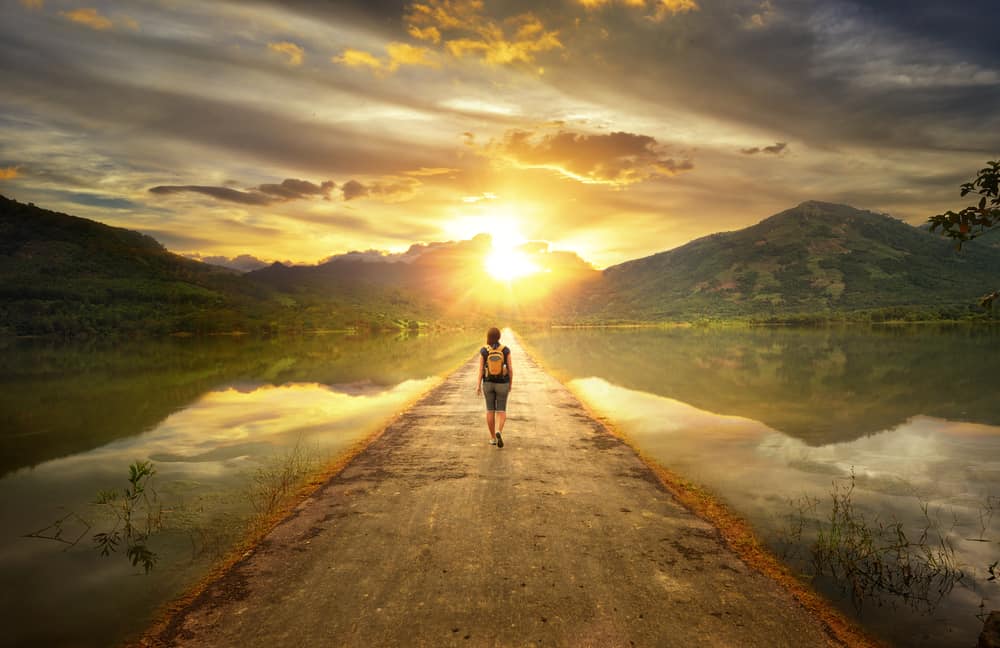 ~ Walking straight in a hall of mirrors

I have to confess, it's getting more and more difficult to find ways of writing about everything going on in the world.

Not because there's a shortage of things to write about — wars, propaganda, fraud, Ebola — but because most of the negative news and major world events we see around us are symptoms of the disease, not the disease itself.

There are only so many times you can describe the disease, before it all becomes repetitive for both the writer and the reader. It's far more interesting to get to the root cause, because then real solutions offering real progress can be explored.

Equally troubling, in a world where the central banks have distorted, if not utterly flattened, the all important relationship between prices, risk, and reality, what good does it do to seek some sort of meaning in the new temporary arrangement of things?

When the price of money itself is distorted, then all prices are merely derivative works of that primary distortion. Some prices will be too high, some far too low, but none accurately determined by the intersection of true demand and supply.

If risk has been taken from where it belongs and instead shuffled onto central bank balance sheets, or allowed to be hidden by new and accommodating accounting tricks, has it really disappeared? In my world, risk is like energy: it can neither be created nor destroyed, only transformed or transferred.

If reality no longer has a place at the table — such as when policy makers act as if the all-too-temporary shale oil bonanza is now a new permanent constant — then the discussions happening around that table are only accidentally useful, if ever, and always delusional.

Through all of this, the big picture as described in the Crash Course grows ever more obviously clear: we are on an unsustainable course; economically, ecologically, and — most immediately worryingly  — in our use of energy.

So let's start there, with a simple grounding in the facts.

Humans now number 7.1 billion on the planet and that number is on track to rise to 8 or 9 billion by 2050. Already 'energy per capita' is stagnant across the world and has been for a few decades. If the human population indeed grows by 15-25% over the next three and a half decades, then net energy production will have to grow by the same amount simply to remain constant on a per capita basis.

But can it? Specifically, can the net energy we derive from oil grow by another 15% to 25% from here?

Consider that, according to the EIA, the US shale oil miracle will be thirty years in the rear-view mirror by 2050 (currently projected to peak in 2020). And beyond just shale, all of the currently-operating conventional oil reservoirs will be far past peak and well into their decline. That means that the energy-rich oil from the giant fields of yesteryear will have to be replaced by an even larger volume of new oil from the energetically weaker unconventional plays just to hold things steady.

To advance oil net energy on a per capita basis between now and 2050, we'll have to fight all of the forces of depletion with one hand, and somehow generate even more energy output from energetically parsimonious unconventional sources such as shale and tar sands with the other hand.

These new finds…they just aren't the same as the old ones. They are deeper, require more effort per well to get oil out, and return far less per well than those of yesteryear. Those are just the facts as we now know them to be.

In 2013, total worldwide oil discoveries were just 20 billion barrels. That's against a backdrop of 32 billion barrels of oil production and consumption. Since 1984, consuming more oil than we're discovering has been a yearly ritual. To use an analogy: it's as if we're spending from a trust fund at a faster rate than the interest and dividends are accruing. Eventually, you eat through the principal balance and then it's game over.

Meanwhile, even as the total net energy we receive from oil slips and our consumption wildly surpasses discoveries, the collective debt of the developed economies has surpassed the $100 trillion mark — which is a colossal bet that the future economy will not only be larger than it is currently, but exponentially larger.

These debts are showing no signs of slowing down. Indeed, the world's central banks are doing everything in their considerable monetary power to goose them higher, even if this means printing money out of thin air and buying the debt themselves.

Along with this, the demographics of most developed economies will be drawing upon badly-underfunded pension and entitlement accounts — most of which are literally nothing more substantial than empty political promises made many years ago.

These trends in oil, debt and demographics are stark facts all on their own. But when we tie these to the obvious ecological strains of meeting the needs of just the world's current 7.1 billion, any adherence to the status quo seems worse than merely delusional.

Here's just one example from the ecological sphere. All over the globe we see regions in which ancient groundwater, in the form of underground aquifers, is being tapped to meet the local demand.

Many of these reservoirs have natural recharge rates that are measured in thousands, or even tens of thousands, of years.

Virtually all of them are being over-pumped. The ground water is being removed at a far faster rate than it naturally replenishes.

This math is simple. Each time an aquifer is over-pumped, the length of time left for that aquifer to serve human needs diminishes. Easy, simple math. Very direct.

And yet, we see cultures all over the globe continuing to build populations and living centers – very expensive investments, both economically and energetically – that are dependent for their food and water on these same over-pumped aquifers.

In most cases, you can calculate with excellent precision when those aquifers will be entirely gone and how many millions of people will be drastically impacted.

And yet, in virtually every case, the local 'plan' (if that's the correct word to use here) is to use the underground water to foster additional economic/population growth today without any clear idea of what to do later on.

The ‘plan’ such as it is, seems to be to let the people of the future deal with the consequences of today's decisions.

So if human organizations all over the globe seem unable to grasp the urgent significance of drawing down their water supplies to the point that they someday run out, what are the odds we'll successfully address the more complex and less direct impacts like slowly falling net energy from oil, or steadily rising levels of debt? Pretty low, in my estimation.

Look, it's really this simple: Anything that can't go on forever, won't.  We know, financially speaking, that a great number of nations are utterly insolvent no matter how much the accounting is distorted. Said another way: there's really no point in worrying about the combined $100 trillion shortfall in Social Security and Medicare, because it simply won't be paid.

Why? It can't, so it won't. The promised entitlements dwarf our ability to fund them many times over. There's really not much more to say there.

But the biggest predicament we face is that steadily-eroding net energy from oil, which will someday be married to steadily-falling output as well, can't support billions more people and our steadily growing pile of debt.

The phrase that comes to mind is 'winging it.'

The wonder of it all is that people still turn to the same trusted sources for guidance and as a place to put their trust. For myself, I have absolutely no faith that the mix of DC career politicians and academic wonks in the Fed have any clue at all about such things as energy or ecological realities.  Their lens only concerns itself with money, and the only tradeoff concessions they make are between various forms of economic vs. political power.

If the captains supposed to be guiding this ship are using charts that ignore what lies beneath the waterline, then you can be sure that sooner or later the ship is going to strike something hard and founder.

I'm pretty sure the Fed's (and ECB's and BoJ's and BoE's) charts resemble those of medieval times, with "Here be dragons" scrawled in the margins next to a series of charts of falling stock prices and unwinding consumer debt.

So there we are. The globe is heading from 7.1 billion to 8 or 9 billion souls, during a period of time when literally every known oil find will be well past its peak. Perhaps additional shale finds will come along on other continents to smooth things out for a bit (which is not looking likely), but it's well past time to square up to the notion that cheap oil is gone. And with it, our prospects for the robust and widespread prosperity of times past.

Because all of this inevitably leads to some sort of time of reckoning, natural questions emerge: What might happen and when? What would that feel like?  How would I know it's started? Given the knowns and unknowns, are there any dominant strategies for mitigating the risks that I should undertake?  What are the challenges and what are the opportunities?

In Part 2: The 3 Likeliest Ways Things Will Play Out From Here we're going to explore three scenarios as a means of teasing out what's most likely to happen over the coming years as the above forces increasingly impact our way of living. Simple math tells us the status quo is unsustainable and therefore will change. What will those changes be? And what can you do today to mitigate their impact on your life and well-being?