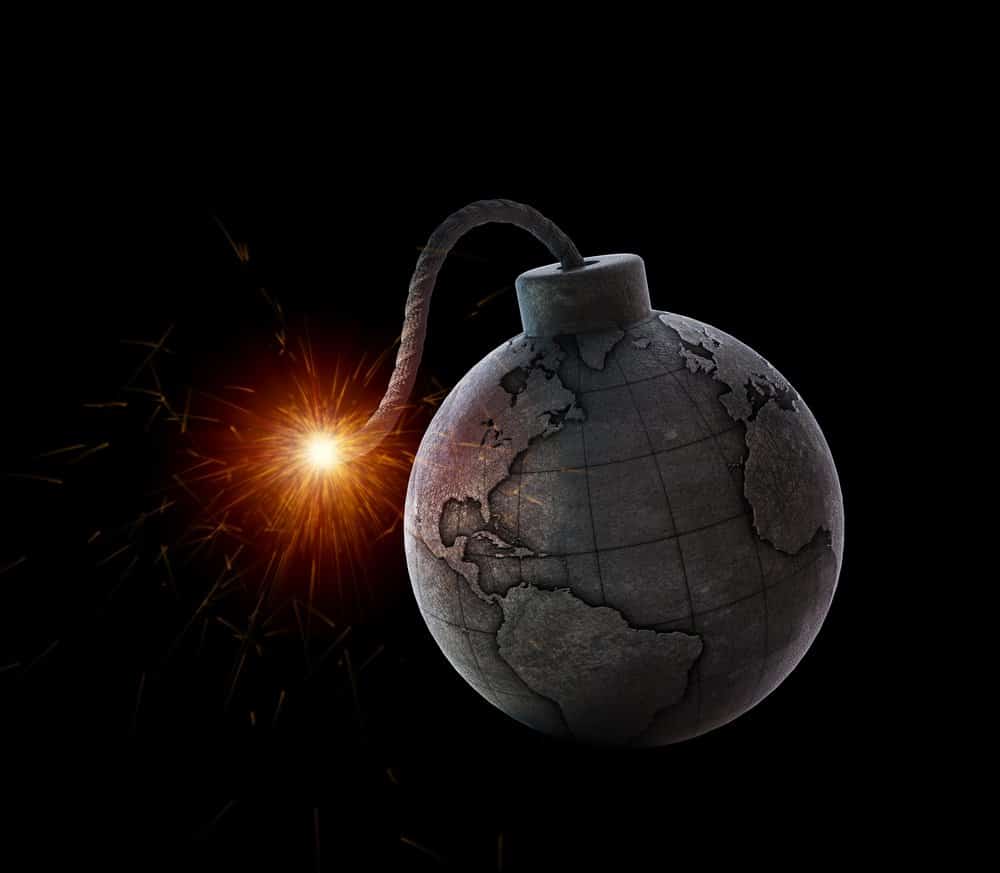 In 1968, Paul Ehrlich released his ground-breaking book The Population Bomb, which awoke the national consciousness to the collision-course world population growth is on with our planet's finite resources. His work was reinforced several years later by the Limits To Growth report issued by the Club of Rome.

Fast-forward almost 50 years later, and Ehrlich's book reads more like a 'how to' manual. Nearly all the predictions it made are coming to pass, if they haven't already. Ehrlich admits that things are even more dire than he originally forecasted; not just from the size of the predicament, but because of the lack of social willingness and political courage to address or even acknowledge the situation:

The situation is much more grim because, of course, when the population bomb was written, there were 3.5 billion people on the planet. Now there are 7.3 billion people on the planet. And we are projected to have something on the order of 9.6 billion people 35 years from now. That means that we are scheduled to add to the population many more people than were alive when I was born in 1932. When I was born there were 2 billion people. The idea that, in 35 years when we already have billions of people hungry or micronutrient-malnourished, we are somehow going to have to take care of 2.5 billion more people is a daunting idea.

I think it's going to get a lot worse for a lot more people. You've got to remember that each person we add disproportionately causes ecological damage. For example, human beings are smart. So human beings use the easiest to get to, the purest, the finest resources first.

When thousands of years ago we started to fool around with copper, copper was lying on the surface of the earth. Now we have at least one mine that goes down at least two miles and is mining copper that is about 0.3% ore. And yet we go that deep and we refine that much. Same thing the first commercial oil well in the United States. We went down 69.5 feet in 1859 to hit oil. The one off in the Gulf of Mexico started a mile under water and went down a couple of more miles before it had the blow-out that ruined the Gulf of Mexico.

Each person you add has to be fed from poorer land, drink water that has to be pumped from deeper wells or transported further or purified more, and have their materials sourced from other depleting resources. And so there is a disproportion there. When you figure that we are going to have to try and feed several billion more people and that the agricultural system itself, the food system supplies something like 30% of the greenhouse gases we put into the atmosphere. Those greenhouse gases are changing the climate rapidly, yet rapid climate change is the big enemy of agriculture — you can see that we are heading down a road that leads to a bridge that’s out. And we are not paying any attention to trying to apply the brakes

Click the play button below to listen to Chris' interview with Paul Ehrlich (47m:06s)