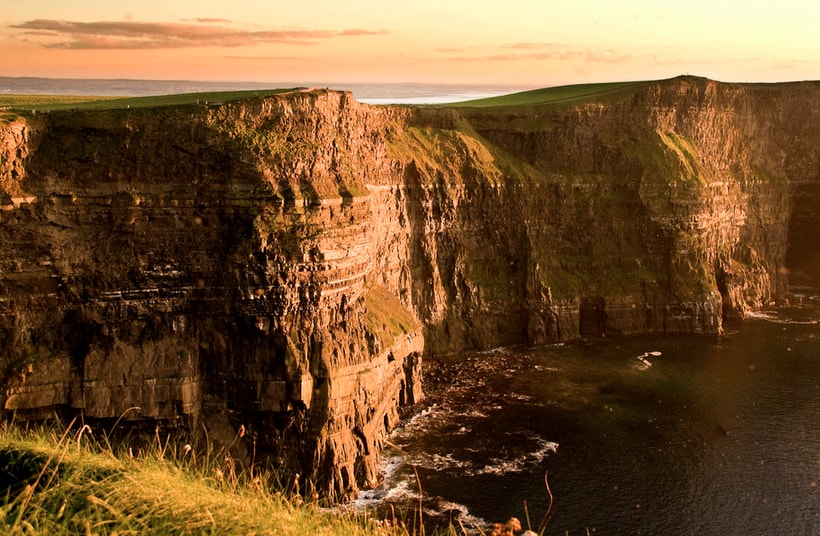 Our “As You Wish” Markets Have Reached the Cliffs of Insanity

Our “As You Wish” Markets Have Reached the Cliffs of Insanity

In the classic fantasy rom-com The Princess Bride, the beautiful maid Buttercup orders the farm boy Westley to perform numerous tasks to test his servitude. No matter the magnitude of the request, Westley simply answers "As you wish" and makes it so. Buttercup eventually comes to view Wesley with similar devotion, and true love is born.

Similarly, investors have fallen back in love with the capital markets, whose continual response their increasingly irrational hopes has been "As you wish."

For example, U.S. GDP growth is awful – it's slow and getting slower. It grew 1.8% in Q1 (lower than initially thought) and now analysts are tripping over themselves in a rush to lower their target estimates for Q2; some to as low as 0.3% (Morgan Stanley).

Similarly, freshly released Q2 company reports show that a growing number of the largest companies are missing their revenue expectations. And where revenue goes, so earnings (eventually) must follow:

Where Did All the Revenues Go? (Zero Hedge)

According to Deutsche Bank, of the 70 S&P500 companies reporting so far (excluding this morning's GE EPS beat and revenue miss), 50 have beaten EPS estimates and only 20 of them have missed. As for sales revenue, just 37 of them have topped analysts' estimates and 33 of them have missed. In reality the revenue beat % is also being skewed slightly higher by the stronger top line performance in US financials so far. If we strip aside US financials, the revenue beat:miss ratio is around 45%:55%. Coca-Cola, Yahoo, Intel, IBM, eBay, Google, GE and MSFT are just some of the household names that have disappointed on the revenue front so far.

One thing is certain: based on the one metric companies can't fudge, the global economy is not only slowing down, but what's worse, the hundreds of billions of incremental money created by central banks one and all, is not even making its way into the corporate revenue pipeline. For now, the "hope" strategy has worked (i.e., next quarter things will be better). But this final fallback, which so far has only disappointed, will soon no longer work, when virtually every known accounting tactic is used up and there is nowhere else to go for EPS than where revenues have already been heading for the past two quarters. Down.

With the downward trajectory in corporate revenues, forward earnings expectations should be moderated from their prior levels and stock prices should adjust downward. But, again, that's not happening in today's markets.

Instead, like Buttercup, Wall Street is petulantly demanding rising prices, and the markets are answering: "As you wish." Yesterday, July 18th, both the Dow and S&P 500 closed at all-time highs.

Indeed, the markets have been busy the entire past year making wishes for high prices so. And the pace at which these higher prices are being delivered has increased in the past month:

The chart above shows that in July, the slope of price appreciation has become nearly vertical – completely ignoring the slowing GDP and revenue data. To borrow from The Princess Bride again, we've reached the Cliffs of Insanity:

Oil, the master resource that greases the gears of the global economy, has been rising, too.

Today, oil briefly rose above $109 a barrel. It has risen over $15/barrel since early May.

When oil prices rise, the cost of conducting business rises. Therefore, corporate earnings decline. In addition, the price of gasoline rises, hurting consumer spending, which compounds the decline in corporate earnings. And the expectation of these lower earnings should lead to lower stock prices.

But as we see here, the S&P has powered higher during the upward march of crude prices: 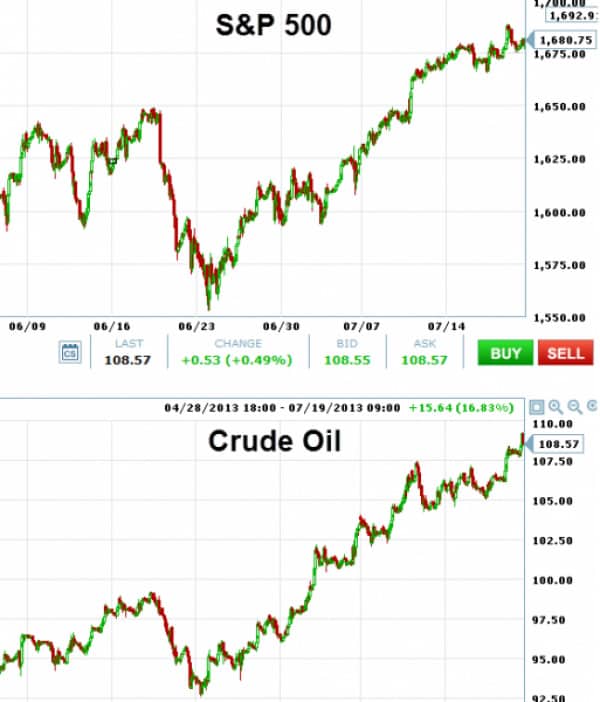 To make matters even worse, interest rates have recently started rising. This will be a huge development if it continues, but rates are already 60% higher than they were a year ago and are sure to have a cooling effect on economic activity (as borrowing costs increase, resulting in less purchasing at both the wholesale and retail levels). Perhaps they already are, as reflected in the slowing GDP numbers above. 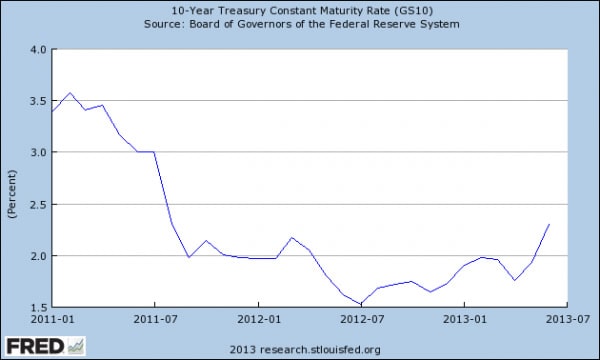 Just as The Princess Bride was a great fantasy, so is any convoluted rationale being used to justify the current elevation of prices in today's capital markets.

What if we were to teleport in time to the beginning of the year and ask any impartial analyst what would happen to stocks if H1 2013 experienced:

The call would have been easy and likely unanimous: Stocks will go down. Or at the very least, enter a defensive "wait and see" trading range.

Of course, that's not what's happened. And the point here is not to bemoan the past, but to ask: What's more likely to happen from here? A continuation of the same extreme outlying behavior? Or a return to relationships that have governed markets for centuries?

To help in your decision-making, Bank of America just reported that money is now entering the U.S. stock market at the fastest rate since June 2008 (right before the last big market crash):

inflows versus $1bn out of bonds. 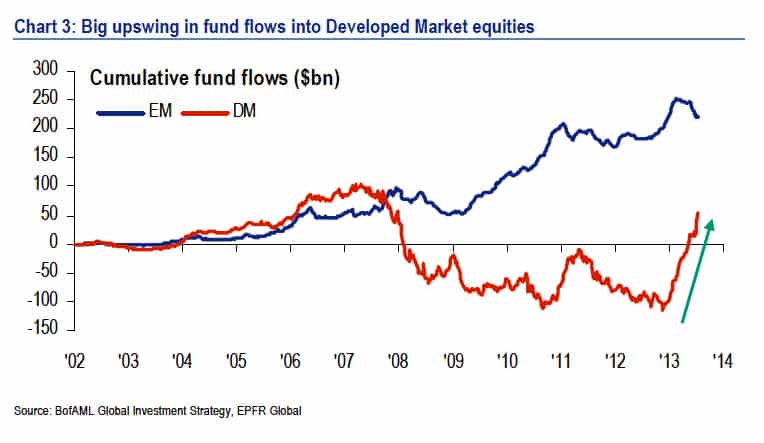 That's a classic signal that a market top is near. Money entering (or remaining in) today's stock market with the blithe hope that the party will continue onwards may soon find themselves in the Pit of Despair:

At least the gold bugs will be happy to have the company.