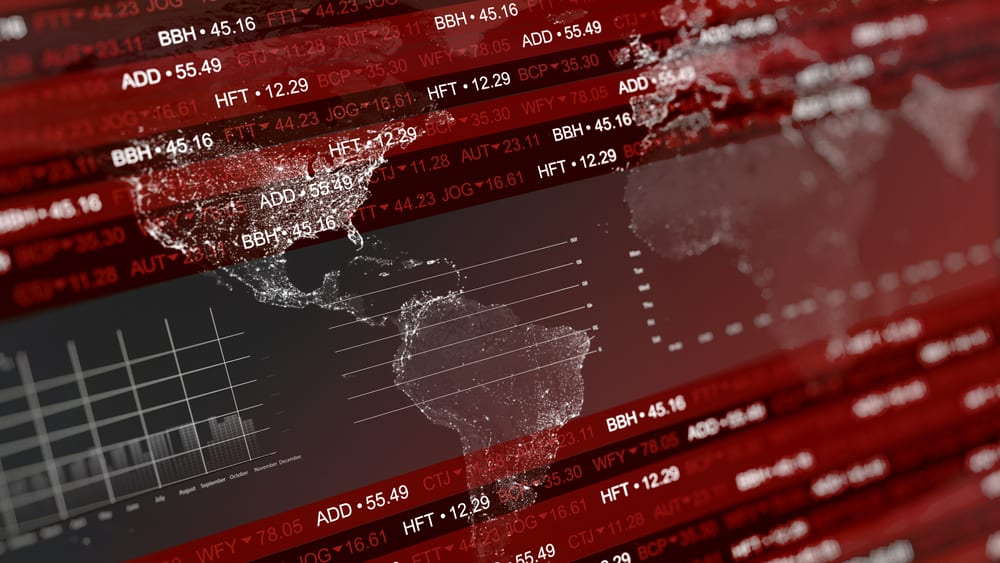 Oil in Storage Drops Again; Rising Disability as a Signal

Oil in Storage Drops Again; Rising Disability as a Signal

Oil hit a new multi-decade (since 2008) weekly closing high this week, up +4.64 to 118.85. There was talk about OPEC+ pumping more oil to make up for Russia sanctions (now that Russia’s oil is now headed off to China and India), but I guess it wasn’t enough. Prices moved steadily higher. Interestingly, the open interest (blue line) remains at a low level – much closer to what would be a price low than a high. My interpretation: the banksters do NOT want to be short crude. 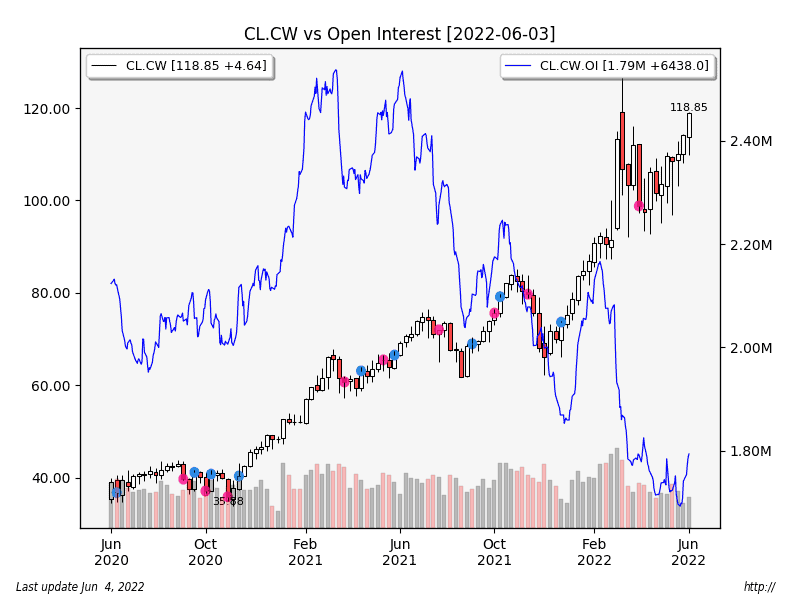 The EIA report showed a drop of -5.1 million barrels in commercial storage – this after President Grandpa’s WEF-Handlers pulled -5.4 million barrels from the U.S. strategic petroleum reserve this week alone. That’s pretty ugly. It all points to shortage. 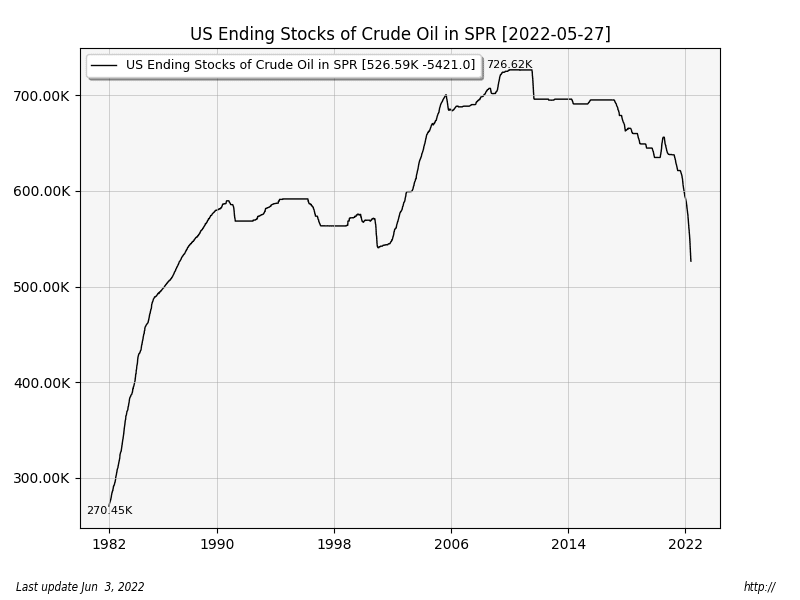 Gold – largely unchanged [-1.47 @ 1856]; gold’s open interest (blue line) is, like crude, is also relatively low, which suggests that the banksters don’t want to be short gold either. This hints at higher gold prices ahead, but – its just a hint, which the market could well decide to ignore. Perhaps the recent drop in OI had to do with the end-of-month delivery event. 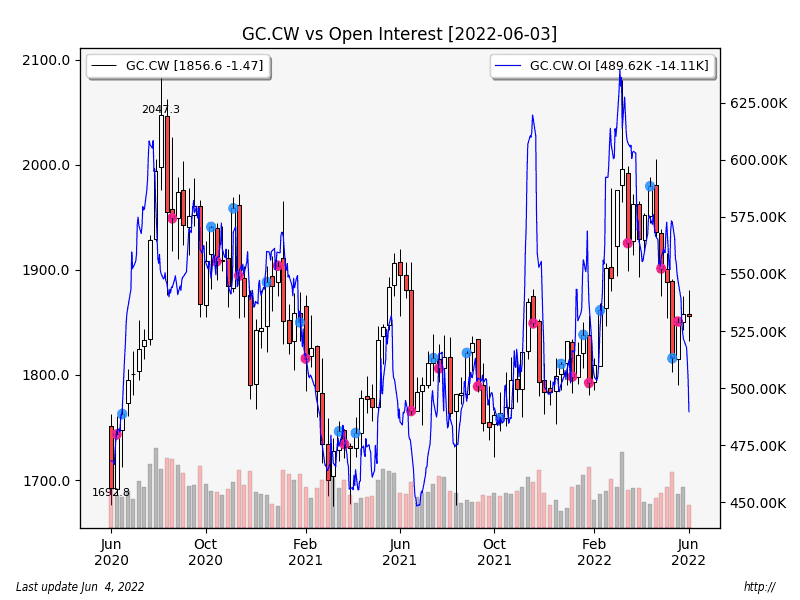 Curiously, platinum did the best of all things I track, up +76.55 to 1021.76. It moved up four days out of five this week – not sure what that was all about. The forecaster has a tough time sorting through where platinum will go next. Can’t say why that is – other than I probably don’t have the important components of what moves the price in the model. 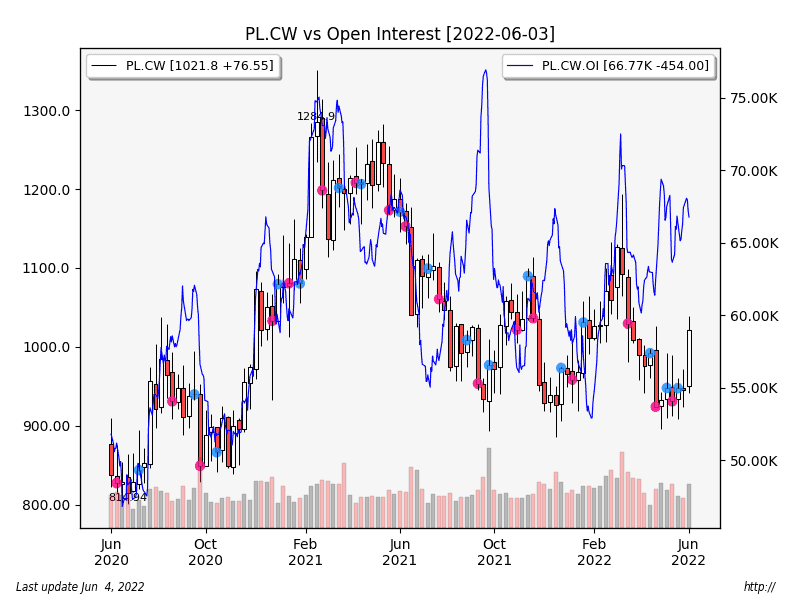 Copper also did well, up +0.15 to 4.47, with the major move happening on Thursday. What was that about? Well, apparently, Engineer Xi has decided to end the 2-month Shanghai COVID lockdown, while (guessing here) printing a bunch of money. No idea why the lockdown started, why it came to an end, why copper jumped on Thursday, when the announcement was on Monday, and the stimulus was announced Tuesday. But China is the logical catalyst for the move, since they’re a primary copper user. And that open interest level suggests a price-low too. 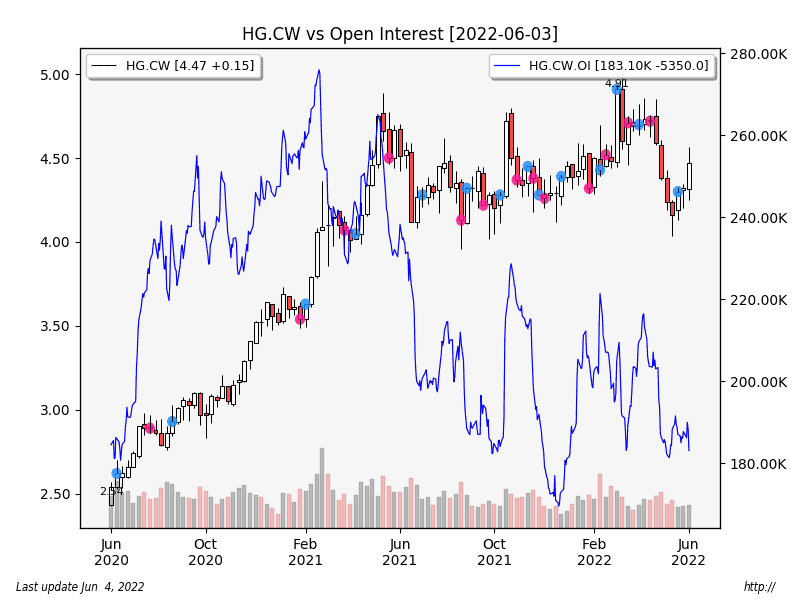 The 10-year treasury yield also moved up strongly this week, up +20 bp to 2.94%. Almost all the move happened on Monday and Tuesday. Perhaps that was about the China lockdown announcement? It’s hard to say. Also, this week – there were hints that the U.S. economy wasn’t doing so badly – which paradoxically was bad news for bonds, since that (theoretically) increases the likelihood that the Fed will continue raising rates. Rates do appear to be headed higher. 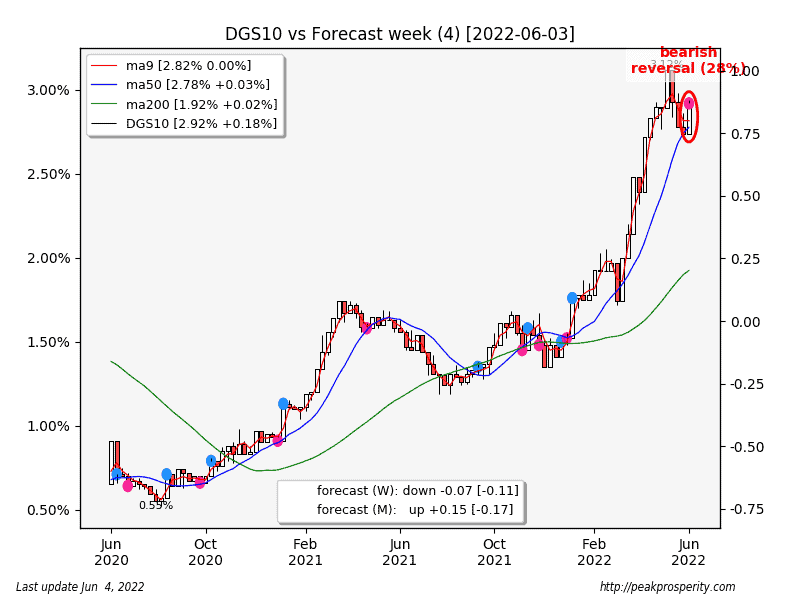 The Payrolls report normally moves prices, but not so much this time – headline +390k, which was slightly higher than expected.

It was hard to disentangle price moves and their link to events this week – there were too many moving parts.

So far, no hints of “Ukraine losing” in MSM. It’s still just about troop and territory losses. But maybe that’s all we’ll ever see. Remember Kissinger talked about negotiation last week, and Grandpa’s Teleprompter is now hinting at negotiating this week.

So, three million probable-vax-disabled, with an equal number of family members taken out of the workforce by having to take care of the disabled (take it from me – that’s a totally real effect), the bosses pass bribes to skate on the vaccine mandate, while the CDC shrieks about monkeypox and melatonin poison center calls with just two deaths from a quarter-million calls. If you are getting paranoid and think they’re out to get you – these articles won’t help much.

Are they finally starting to move forward with ditching President Grandpa? Maybe that’s part of the demoralization plan, per Chris in his latest video. I know I said months ago they were going to try an Agnew-Nixon-Ford power changeover. This is the first hint of that since I talked about it back in – wasn’t it February?

The three million vax-disabled will be pretty upset by the time Team Red takes over in November. They’ve been gaslit for at least a year. Will the famine and deflation paper over the “strong disapproval” of three million gaslit, vax-disabled people? And their families? I’m not so sure it will.

Perhaps that’s why President Grandpa’s WEF Handlers are trying ever so hard to disarm America. Will it work? I don’t think so. But that’s just a guess.