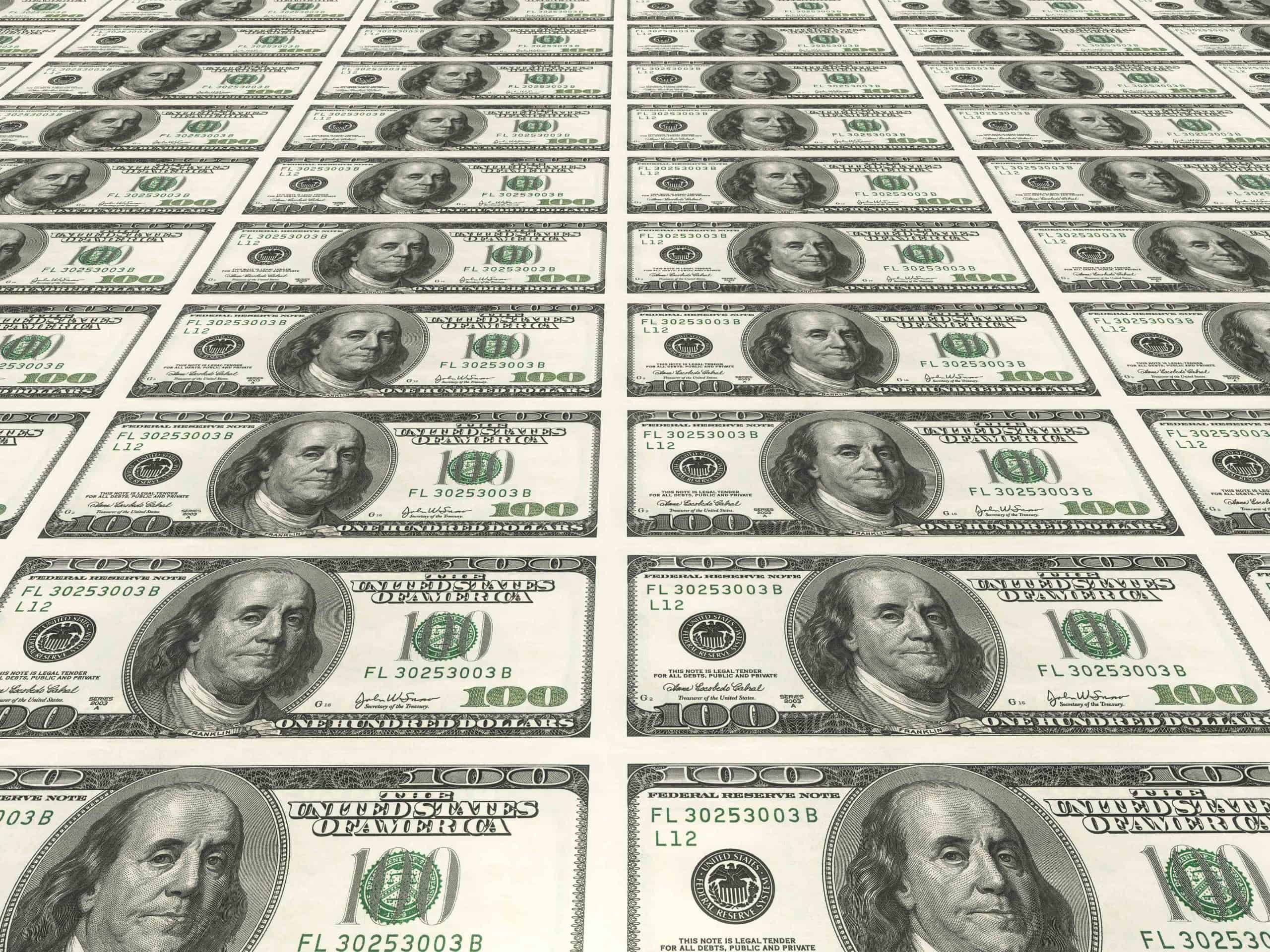 If We’re Going To Borrow Against The Future, Let’s Borrow To Invest

If We’re Going To Borrow Against The Future, Let’s Borrow To Invest

We are at an important juncture as a global society: either we immediately prioritize a new trajectory focused on creating a positive, functional future or — by continuing the consumptive, extractive, exploitative status quo — we will default into a nasty nightmare.

What will determine which future path we take is our collective narrative. It's the story we tell ourselves — who we are, what we value.

The Power Of Narrative

Under the old narrative, the one currently operating and taking us towards disaster, powerful people and interests simply perpetuate a regime of More of the same.

And I do mean ‘More.’  The old narrative rests upon an ideology of endless growth.  It wants and requires more of everything.  More cars sold, more houses built, more jobs created, and more goods and services of every description sold next year than last.

Everything flows from that want for more. The defenders of the old ideology are therefore defenders of our astonishingly-wide wealth gap, rapid energy depletion, emptying aquifers, disappearing pollinators, ruined soils, and dying oceans.

It doesn’t have to be this way.

A subtext of the old narrative is that humans are destroyers: we wreck natural systems. Put humans somewhere and first the large animals go extinct. Then the waters become polluted. Next, the soils are stripped.

Less well known, possibly because it shines a bitter light on our common practices, is that humans can be incredible forces of positive change, using their big brains to build natural abundance at rates far faster than nature by itself is able.

Using sustainable agricultural practices, humans can build topsoil at 100x the rate of nature alone.  We can speed up the maturation of forests. Or cleverly plant the right species of vegetation to complement the specific ecosystem needs of our unique local areas to reduce (and reverse even!) the impact and occurrence of desertification.

All it takes to determine which role we play as a species — the pillager or the steward — is the choice we make as a society.

Changing our role is as simple as changing our narrative. And as hard.

So Let’s Do This Right

Imagine for a moment that instead of a trillion dollars being printed and handed to the big banks, that same trillion dollars was spread across a range of investments in our collective futures.

This idea crystalized for me during a recent interview with Richard Duncan wherein he noted that we have had a once-in-a-lifetime (maybe once ever) opportunity to borrow a lot of money at the national level, even to print up enormous amounts of money, without creating meaningful inflation.

A very rare combination of factors allow this to occur at this moment in history, including excess global manufacturing capacity, global labor markets and increased automation (which prevent wage inflation from taking root), and very low inflation coupled to the lowest borrowing costs in history.

Put all of that together and the OECD countries (US, Japan and Europe, mainly) have a very rare opportunity to borrow, and borrow a LOT, on extremely favorable terms.

In our conversation, he asked, Why wouldn’t we do this, and then spend that money on our highest-potential opportunities?  Not consumption, mind you, like transfer payments and wars and other non-value-creating behaviors, but investments.

For example, we desperately need electricity storage technology to improve. If we’re going to ever transition to renewable, non-fossil energy sources like wind and solar, then we absolutely have to have improved battery storage.

So let’s dedicate $100 billion of that trillion to improving battery technology. Set massive monetary prizes for whomever solves the power density riddle using common materials. Fund research laboratories lavishly. Use PR to elevate and revere the scientists and engineers who make promising breakthroughs, in order to lure our best and brightest minds into this important field.

Spend another $300 billion installing solar thermal panels on every roof top where it makes sense.  Retrofit old buildings and require new ones to install them as part of the building process.  Whether existing hot water heaters use electricity (coal, gas) or oil and gas directly, fossil fuels are being burned to heat water, which is just plain stupid. The sun can heat water for our needs just fine, for free (after a small investment).

Then spend $500 billion upgrading our electricity grid to get it ready for the next hundred years. Make it smart and distributed, and therefore less vulnerable to natural disasters or intentional acts of sabotage.  Get it ready to accept and use the diverse sources that alternative energy will require, so we can let competitive innovation flourish.  Use technology paired with incentive alignments to drive more efficient use of electricity by consumers. Cars with improved batteries will both draw from and put back into the local grids: when the sun shines and the wind blows, electricity will be flowing into the grid; on calm days and dark nights power will be drawn from all our collective storage devices.

Take the last $100 billion from our trillion and put it into permaculture and cutting-edge sustainable farming practices that demonstrably improve our soils and support diverse life while removing the needs for fossil inputs in food production. Models like Farmland LP prove that such farming practices not only work economically, but ecologically.  Everybody wins, humans included. Fund regenerative farming programs, give awards, and let the bright young people working in these fields know that society supports and admires their success and mistakes alike.

So that's an alternative way to spend $1 trillion, instead of giving it to the banks as central planners around the world have been doing hand over fist. For perspective, since the 2008 crisis, the world's major central banks have injected over $8 trillion into the financial system by expanding their balance sheets. Given the moribund global economy that's resulted, along with the massive wealth gap and increased systemic instability, perhaps we'd indeed have much more to show for their efforts had a mere $1 trillion been invested in the way just proposed.

The point is, if we're going to use this historic "hall pass" to borrow massive amounts of money, shouldn't we invest that money towards creating a future worth inheriting?

(Yes, there are very good arguments to be made we perhaps shouldn't be feeding the debt glut that's at the root of our global economic problems. But the borrowing and money printing is indeed happening. So as long as it is, shouldn't we be doing wiser things with it than simply enriching the top 1% at the expense of everyone else?)

When the next trillion is borrowed into existence, let's do inspiring and wonderful things with it. Spend money to buy out fishermen so that collapsing ocean fish stocks can recover. Invest in water conservation and recovery projects where needed.  Rebuild our crumbling bridges and deliver the highest speed internet, for free, to every corner of the country.

To do all of this, all we need to do is decide that these are our priorities instead of the sorts of things we currently spend our money on.

The alternative, sadly, is simply more of the same. That path is leading us straight into a nested set of predicaments that will all come crashing down on our collective heads at some point in the future.

So that’s the change in narrative. If we're going to borrow, let's borrow to invest in ourselves and in our future.  Any country that does this will quickly become a shining example that other countries will want to follow, and from whom they will buy the next round of cutting-edge technologies that will actually improve people’s lives and rehabilitate their hopes. And give us the infrastructure we'll need to navigate the twin colliding trends of resource depletion and population growth.

Sadly, the people and institutions in power do not cling to the status quo lightly. Do I expect them to support a radical shift in narrative that leads to very different behavior than we see today? No. No I don't.  But it's worth a shot.

In Part II: What Systemic Breakdown Will Look Like we’ll discuss what will happen if we don’t do things differently by looking at the probable breakdowns in the economy, energy and the environment, as well as how you should prepare for these outcomes.