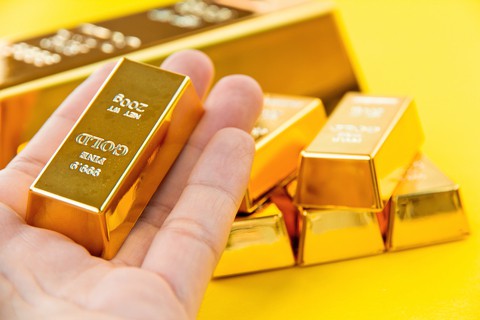 Harvey Organ has been analyzing the bullion markets closely for decades. The quality and accuracy of his work is respected enough to have earned him an invitation to testify before the CFTC on position limits for precious metals back in 2010.

And he minces no words: Gold and silver prices are suppressed. With extreme prejudice.

In this detailed interview, Harvey explains to Chris the mechanics of how he sees this manipulation occurring, why he predicts this fraudulent pricing scheme will collapse soon, and why it's critical to be holding physical (vs. paper) bullion when it does.

The real suppression of the metals started in 1988. That’s when the leasing game started and was invented by J.P. Morgan.

These guys would go around to the mining companies and say, Listen, I’m going to pay you for your gold in the ground and I will sell it. You just pay me as you bring it out. So that was cheap financing to the miners. Barrick, the biggest mining company of them all, went in on this and it financed a lot of Nevada projects.

Once the leasing game came, the actual selling, the extra selling, suppressed the price. In the first five years, it started at maybe three hundred to four hundred tons. It didn’t start to get really bad until probably ’97-’98 with the Long Term Capital affair. And that’s when the leasing started to become around maybe 1,000 tons of gold. And it hasn’t stopped.

And silver is the same.

And that’s why you've had a long-term, 20 years of suppression of the metals. The problem now is that the physical is now gone. Where is going? It’s gone from West to East.

A lot of people don’t know that China used to refine close to 80% of the world’s supplies of silver, because it’s very toxic. Up until probably 1985, the Chinese handled 80% of the world’s refining of silver. Now they're down to 40%, but that’s still a major part of China’s industry. They are keeping every single silver ounce they refine, and gold. They are keeping it for themselves; their reserves are rising (though they don’t tell exactly). Two years ago they went up to 1,054 tons and I can assure you it’s probably triple that now. These guys are not stopping. Just like they are not stopping in oil. They know what the game is, and they are slowly taking all their U.S. dollars that are on their shelf and converting them to gold, oil, copper – anything that’s real.

And the game ends when the last ounce of gold has left London – not COMEX, because in a nanosecond it will come back to here.

You’ve got to have physical coins or bars. If all you have is a piece of paper – that’s all it is!  It will just blow up in smoke.

So just go buy your physical and be thankful that you are getting it at a cheaper price today.

Click the play button below to listen to Part I of Chris' interview with Harvey Organ (runtime 32m:36s).

Harvey received his Bachelor of Science degree in 1970 and an MBA in 1972 at McMaster University, majoring in finance. It was during this time period where Harvey got exposed to the derivative market that was just starting on Wall Street.  Harvey has been trying to expose the fraudulent manipulation of the gold market ever since  the "Long Term Capital" downfall in 1998.  It has been Harvey's duty to share what he knows and expose the fraud and educate the intricacies of of the gold and silver paper and physical markets, which he does through his website Harvey Organ's Daily Gold and Silver Report.

Our series of podcast interviews with notable minds includes: