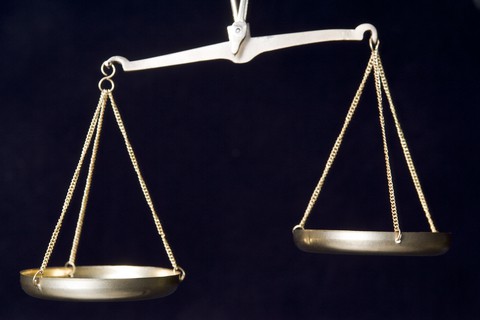 Gretchen Morgenson: Wall Street Really Does Enjoy a Different Set of Rules Than the Rest of Us

Gretchen Morgenson: Wall Street Really Does Enjoy a Different Set of Rules Than the Rest of Us

This weekend, we pull a gem from the archives. Recorded in 2012, the unfairness and fraud Gretchen discusses in this interview have only become more egregious over the following three years.

Gretchen Morgenson has earned a Pulitzer-winning career from exposing abuse and conflicts of interest on Wall Street. In this interview, she confirms that there is indeed a second set of rules enjoyed by our elite financial institutions, largely unfettered by the constraints that apply to the rest of us.

Consequences for failure and fraud are very different under this second set of rules — in fact, they're practically rewarded. Accountability, by all prudent measures, has become non-existent. The extraordinary measures the U.S. deployed to deal with the great contraction in 2008 only served to exacerbate these imbalances.

What's sorely needed now is a national dialogue on whether we're willing to allow this to continue. What benefits are we receiving by enabling these elite to enjoy such different standards? What type of system and rules might work better for our interests?

Sadly, beyond the disorganized Occupy Wall Street outrage that has waned in visibility, there is no real cogent, organized public debate focused on this right now. A big reason is that Washington is actively avoiding such a dialogue. It was fundamentally complicit in creating the underlying factors resulting in the '08 collapse and it doesn't want brighter light helping the public understand that more clearly.

As a populace we have a decision to make: Are we going to get more engaged and start articulating the reform we want to see? For if not, we're making a passive decision to allow the wealth gap to widen further.

In the meantime, Gretchen sees a lot of instability in financial markets that have been allowed to balloon further even though the underlying causes of the '08 crash haven't been resolved. She cautions investors to avoid risk (despite the Fed's encouragements), pay down debt, and have a defensive plan in place should the markets suffer another serious correction in the near future.

On the Two Sets of Rules

Honestly, the transfer of wealth that has been created, that has been taken from the saver — and from the taxpayer, do not forget — to “mend the financial system” or to keep it from falling off the cliff, is extraordinary.

When you talked about savers, these are the people as you point out that really had nothing to do with the crisis. They were in fact, doing the right thing, not buying more house than they could afford, putting away money for college education, etc. They are the ones who are really paying the price now.

I think that has led to a very angry populace but also a sense that there are two sets of rules in the country. That one set applies to big and powerful institutions that when they go awry are rescued quickly. Then there is another set of rules for the rest of us who do what we are asked to do, do what we are supposed to do, and really then become victims of the situation. It is very unfortunate and I think it is, as you say, corrosive.

On the Lack of Accountability

The idea that forging signatures, that notarizing very important legal documents really improperly in thousands of cases — maybe millions — the idea that that is somehow is going to be allowed to go on with just sort of a penalty of some kind or a fine and not prosecuted in the criminal courts, I think it is amazing. It is really counter to what we have all been led to believe was the course of action in such a case.

You have many small people, small fry mortgage fraudsters who are in jail. I mean we are talking about the people who were straw buyers for homes who defrauded banks. They are in jail for a reason: because they perpetrated a fraud. These banks whose employees were forging signatures should also have been prosecuted with vigor and they were not. They were simply allowed to negotiate their way out of trouble and negotiate their way with shareholders money. They are not paying it out of their own executives' pockets; they are paying it out of the shareholders' pockets. There really is no accountability here whatsoever.

There were 1,100 criminal referrals in the S&L crisis and there were 839 convictions. That is a sizable number and far, far, far more than we have seen. I mean I think I can name one senior level person at a mortgage company who is in jail at the moment

On the Need for a National Dialogue

I am shocked that it has not led to a really honest dialogue already, this crisis, because it was so large and so devastating and it hurt so many people that I thought 'Wow, this is really it. This is going to force the issue to be brought in to the open, to be discussed intelligently and to be resolved'. It just has not been.

You have this weird disconnect where the populace at large, many people are angry and concerned and discussing and dialoguing as you say on the Internet and in coffee shops. Washington: it just rings hollow for them. They just do not want to address it. This is the failure I spoke of earlier about how no dealing with Fannie Mae and Freddie Mac. No resolution for the big banks that are too big to fail. It is a deep, I think, dysfunction in Washington that may be a result of their understanding of how deeply involved they were in laying the groundwork for the crisis.

The resolution to this crisis was supposed to be the Dodd-Frank Legislation of 2010. Unfortunately, it was I think not even close to what was needed to proscribe this kind of thing from happening. Again I think that first of all, Dodd-Frank did absolutely nothing about Fannie Mae and Freddie Mac. It was completely silent on those mortgage companies who were very central to the problems and are in to the taxpayer for $183 billion dollars. The fact that it was silent on that issue is very, very important to remember. We have no resolution in place, no suggestion of one for either of those companies.

The second thing that I think is a big failing of Dodd-Frank is that it did nothing about too big to fail institutions. That’s the powerful, politically interconnected financial institutions are not allowed to fail when they get in to trouble. If it had been me, I would have liked to have seen something that cuts these institutions down to a more manageable size and yet we did not force that on them at all. In fact, if you take a look at the assets at the top ten banks in the United States they are bigger; they are larger than they were before the crisis.

Those are two elements that I think have absolutely not been dealt with that leave us really vulnerable to another episode like this in the future.

Click the play button below to listen to Chris' interview with Gretchen Morgenson (runtime 20m:02s):

Gretchen Morgenson ia one of the most well respected financial editors and journalists of our time. Many of you know Gretchen from her Pulitzer Prize winning work at the New York Times in which she has written cutting exposes of the corrosive conflicts of interest on Wall Street as well as the reckless practices that led to the 2008 correction and its aftermath. She is also a co-author of the recent book: Reckless Endangerment: How Outsized Ambition, Greed, and Corruption Led to Economic Armageddon.

Gretchen is assistant business and financial editor and a columnist at the New York Times. She has covered the world financial markets for the Times since May 1998 and won the Pulitzer Prize in 2002 for her "trenchant and incisive" coverage of Wall Street.

Gretchen joined The Times as assistant business and financial editor in May 1998. Previously, she was assistant managing editor at Forbes magazine since rejoining the magazine in March 1996. Before that, she was the press secretary for the Forbes for President campaign from September 1995 to March 1996.

From August 1993 to August 1995, she was the executive editor at Worth magazine. As the number two editor, she oversaw all financial coverage. She also wrote an investigative "Full Disclosure" column monthly.

From November 1986 to August 1993, she was an investigative business writer and editor at Forbes magazine. She broke the story of anti-investor practices on the Nasdaq stock market that was followed by Justice Department and SEC investigations. Earlier, she oversaw several Forbes investing sections and their Washington bureau.