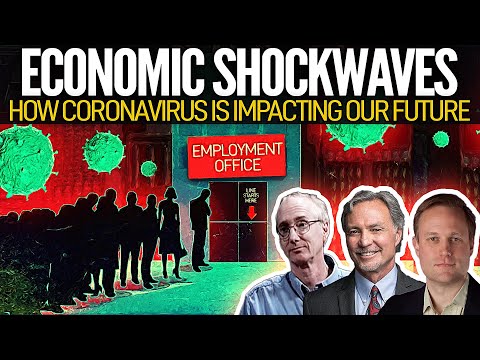 Coronavirus-induced shockwaves are rippling through the world economy, causing tremendous damage that we are only just beginning to measure.

Strangled global supply chains have caused supply shortages. A massive drop in demand has resulted from millions of customers forced to stay home under mandatory lockdown.

Now come the job losses. 60% of companies have reported hiring freezes, while over 13% have already begun laying workers off: 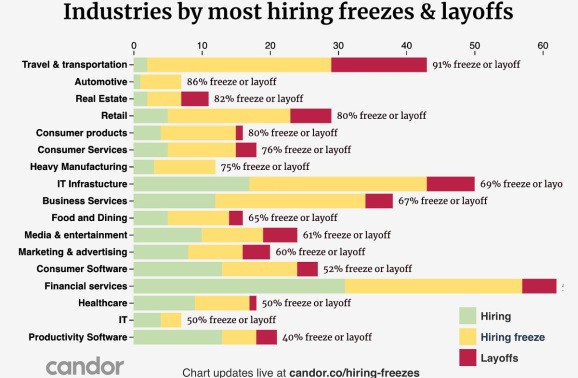 Of course, the layoff rate will accelerate rapidly as Q1 earnings (or more accurately, Q1 “horrific losses”) start being reported later this month.

The small/medium-sized enterprises (SMEs) like your local restaurant, dry cleaner, bookstore and building contractor are being hit especially hard, as they don’t have the reserves to withstand the many weeks of no income the lockdown is placing them under. Many of them have already laid off their employees. Many may never reopen.

The jaw-dropping severity of this job carnage can already be seen in last week’s unemployment numbers. Claims spiked up to 3.3 million — nearly 6x higher(!) than the worst week of the Great Financial Crisis: 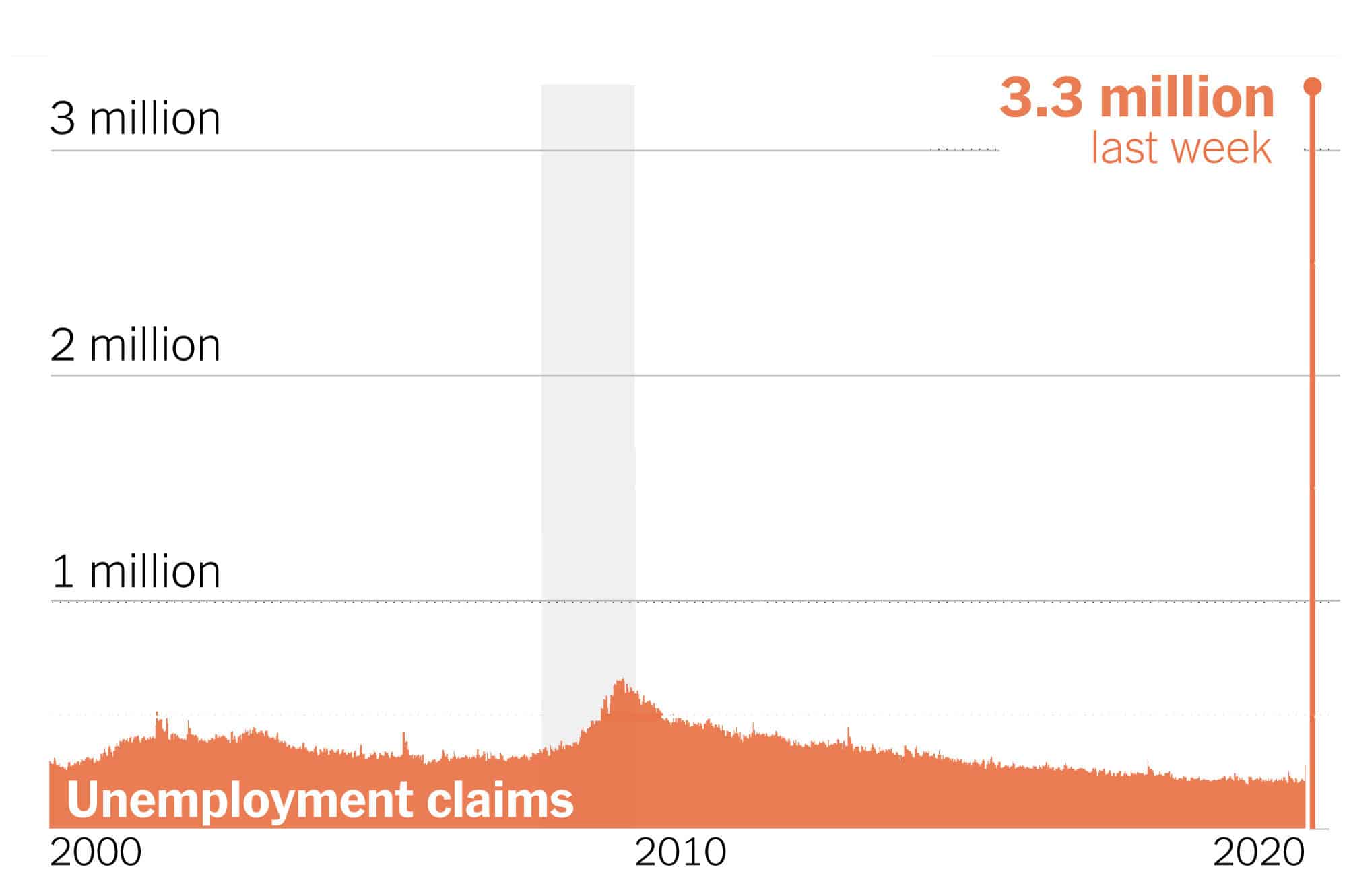 So what impact will this all have? What will the rest of 2020 be like?

It’s certain that we’re heading into recession. How deep and long with it be? Will the announced stimulus efforts help?

Can we get things back to the way they were, or are we entering a “new normal”? If the latter, what will that look like?

Both are in agreement that the current breakdown represents “the end of the road” for the 75-year Debt Supercycle we’ve been living through. And because of that, the future is going to look and feel very different to what we’ve been used to:

After the recording ended, John and Charles expressed interest in coming back on soon to delve further into the question of: What comes next?

What specific policies, monetary systems, business models, etc will be better suited for the future we’re swiftly transitioning into?

If that’s a discussion you’d indeed like to see happen, let us know in the Comments section below, along with any other particular questions you’re interested in hearing addressed.