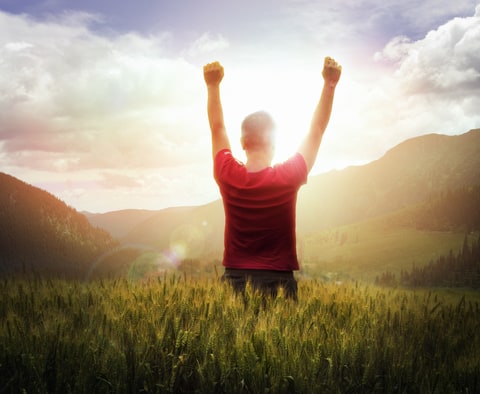 Creating a World Worth Inheriting

Creating a World Worth Inheriting

With a new site and a number of new irons in the fire, Adam and I thought it a good time to revisit and renew the mission behind this movement.

Simply put, our mission is to create a world worth inheriting.  By this we mean a clean, healthy living environment, a durable economy, and prosperous opportunities for all who participate with us. That's our big, lofty aim.

At heart, our view is that our policies, uses, and practices in all of the Three “E”s are unsustainable.  One cannot forever grow non-renewable resource use in a finite world.  The exponential nature of that growth just hastens things along.

Because of hard constraints, our exponential money and debt systems are on a collision course with reality.  We will first and most immediately — and personally — experience the deleterious effects of this in what we call 'the economy' in the form of stagnant growth, rising unemployment, and various ills and maladies within the financial markets.

This is just another way of saying that very big changes are coming our way.  In fact, they are here already.

The simple conclusion is that we must either change our habits and ways on our own terms — or on Nature's.  We face a future that will be shaped either by disaster or design.

Here at Peak Prosperity, we are solidly behind the idea of positive change made on our own terms and that we are each responsible for whatever future is created.

There are a number of things that we absolutely have to do in order to achieve our mission. And at the top of the list is reaching and influencing a lot of people (millions upon millions) and doing so effectively.

Your Beliefs Are Your Destiny

As I have come to understand myself and my fellow humans better, it has become clear that the vast majority of our decisions are based on the beliefs we hold, not the information we possess.  And by 'beliefs' I mean little stories, the individual narratives that combine into our larger selves, shaping and driving our daily decisions with many times the force of simple data.

One example might be someone who is noticing, perhaps with increasing alarm, that our weather patterns seem to be getting increasingly chaotic, and holding the idea that cutting carbon emissions is the way to stem (if not reverse) this chaos.  Yet they don’t modify their own habits or actions in any meaningful ways that would significantly trim their personal carbon output, even though these same actions might lead to a personally safer, healthier, more cost-effective and resilient lifestyle.

If we dig deep enough, we might find that beneath their concern lies a narrative — a belief — that is actually in control of their actions.  That belief might be Well, even if I cut my carbon output to zero, China will simply take my meager savings and a million more like them and shovel them all into one of their shiny, new coal-fired power plants.

If the underlying belief is that you have no agency or ability to impact the trajectory with the fruits of your efforts, then there's a very high chance that your actions will conform to that belief and you will not expend any effort to change your ways.

This is a small example, but the process is very real.  And what is true for an individual is equally true for an entire nation.  We hold cultural stories that shape our collective actions just as certainly as our individual narratives shape our days.

Each of these narratives and many, many more exist and shape both what we do and what we do not do.

So the first order of business is identifying which beliefs, which narratives, we are running. And then we need to figure out how to go about either modifying or replacing them if/as necessary.

We are currently holding beliefs about money, the economy, resources, and a number of other unexamined areas that simply must be held up to the bright light of reason.  If we don't, the odds of stumbling into a crisis of historic proportions are practically 100%.

So one narrative that we are seeking to open up to active questioning is the "need" for exponential economic growth.  If we are to do that and effect meaningful change, our view is that we have to build a critical mass of awareness.  This has two primary components.

The first is reaching the right people — those influencers who have an outsized impact on the people around them.  In the parlance of the author Malcolm Gladwell as articulated in his book Tipping Point, those people fall into three categories; mavens (data accumulators), connectors (people who delight in bringing disparate circles of people together), and salespeople (who really care about meeting the needs of people).

The second component involves reaching enough people.  Fortunately, a tipping point can and usually does occur well before you've reached 51% of the population.  Getting to the right 8%-10% is thought to do the trick; most of the rest just follow along.

Okay, that's all well and good, but how does one go about reaching the right people in sufficient numbers to make a difference, let alone contribute to a tipping point?

Here we have a number of driving philosophies and principles that we adhere to.

We are constantly trying new things and applying our efforts towards reaching new audiences and doing it better and more effectively.  On our own site we can control the messages and wording to our heart's content.  However, there are only so many new people we can reach given the constraints of our budget and resources.  With your help, we've done a remarkably incredible job to date; reaching many more people than organizations that are far larger and better funded than ours.  I am personally very pleased with all that we've accomplished so far.

From time to time, we wander off our personal reservation and partner up with someone else or another organization that wants to use our book, our content, or me personally to help them with their aims.  When we do, we are very selective and careful — but know that even with the very best of efforts towards alignment, the message and wording will be different when other stakeholders are involved than if we did it ourselves.

One example, that was rather painful for me, was a Boston magazine piece entitled The End Is Near, Inc, written in July of 2010, where I ended up being photoshopped into a bunker, wearing my suit, with bars of gold, canned food, and chickens surrounding me.  The article took an angle implying that my work was a combination of messianic crusade and capitalist profit motive.  And this was after I spent two full days with a freelance journalist with strong credentials (NY Times, New Yorker, etc.) where I took a lot of time explaining the Crash Course, my entire philosophy of positive resilience, and my sustainable homestead (which the journalist claimed to love).

When the article first came out, I was livid and said never again. It was off-brand, off-message, off-taste, and potentially harmful to our mission, as it cast me in completely the wrong light…ugh.

However, over time I have had a number people say they found this site and my work because of that article. And I realized that I would never have reached them otherwise.

There were two things we learned from that experience.

The first led to the decision to no longer enter any media events where we don't have at least some control over the script and final edits.  Over the years I have turned down offers to be part of prepper reality shows, doom-oriented television specials, and other similar opportunities because the producers were quite clear that we'd have no input and no final say.

The second was that even when the job is mangled badly, there's still some benefit, as we get to reach people we'd have otherwise missed.

Now, when offered the chance to reach new audiences, we are careful. But we're not so exclusive in our messaging demands that we miss out on opportunities to expand our reach.  It's a balancing act; compromises and negotiations are just part of that landscape.

So we do the best we can.  We try new things, experiment, adjust, and drop and pick up new connections, experiences and opportunities as a part of achieving our mission.

As we join forces with outside partners, there will be opportunities where Peak Prosperity may be offered a commercial interest. Most of the time that’s not the case – but when it is, we have been and will remain committed to making the terms of such commercial relationships crystal clear to all.

Our greatest advantage in the empirical approach we take on this site, in the rigor underlying the Crash Course, etc., is the trust we have built as open, honest, impartial advisors.

While we will enter into commercial arrangements that help fund Peak Prosperity’s ongoing operations, we will decline an opportunity if we believe it will compromise this trust.

We think we have a pretty good set of criteria by which we filter these opportunities – and we only choose those that are aligned at the center of our goals and publicly-offered advice. But if you ever have questions or feedback about one of our partnerships, please don’t hesitate to ask us.

(For the much wider set of partnerships where there are no commercial terms involved, we’re willing to be a lot more experimental. Exploring new ways to reach new audiences is key to figuring out how to influence at critical mass.

We won’t engage in such partnerships that don’t feel true to our core message and brand. But we will take risks that will invariably stretch too far – and with your feedback, we’ll learn what works and what doesn’t)

We have a very big mission and we constantly seek ways to do it better while serving you and supporting our families and staff.

We'll both make mistakes and hit home runs along the way.  Being bold and creative is just part of this landscape, and we're here doing what we do because we're well endowed with those traits.

We ask that you view our new efforts and attempts as experiments, rather than departures or failures.  If you like — or don't like — any of our new efforts, just tell us and we'll listen.  Constructive, helpful, and specific critiques carry a lot more weight with us than general complaints, but we read and hear them all.

If you happen to have connections or ideas that can help us either reach more people or reach them better, please tell us.  Join the Brigade, show the Crash Course in your neighborhood, send our newsletters to people in your contact list, or leave comments on other sites directing people to anything here at Peak Prosperity that you found useful or helpful.

Those are the precise things that got us all the way to where we are now.

Thank you for everything.  We are all in this together.