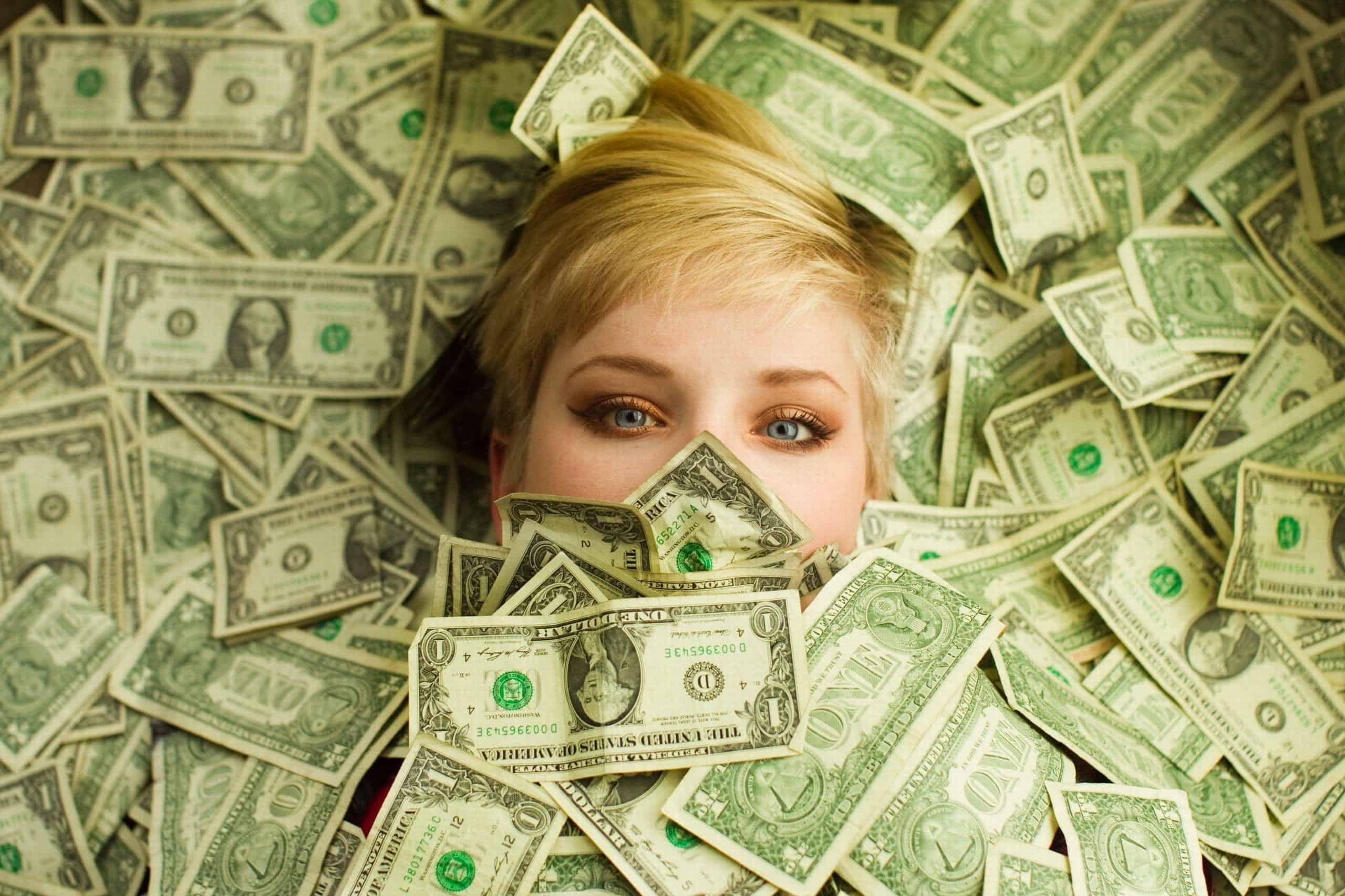 Could Modern Monetary Theory (MMT) Actually Save Us?

Could Modern Monetary Theory (MMT) Actually Save Us?

Modern Monetary Theory (MMT) is presented as a means to painlessly fund the large-scale infrastructure / alternative energy spending the nation desperate needs to rebuild and modernize.

While most people support the goal of useful fiscal stimulus (as opposed to paying people to dig holes and fill them), the question remains: Will MMT work as advertised?

Rather than dismiss it out of hand, I’m trying to approach the subject without ideological bias.

What Exactly Is MMT?

The basic idea of MMT (as I understand it) is that the economy is not running at 100% capacity–there is capital, equipment, people and resources which could be put to work to better society, and the chief impediment to making full use of our capacity is a lack of funding for projects that would benefit society.

In other words, the only thing standing in the way of broad-based, socially beneficial spending / progress is a lack of money (funding).

In the view of MMT advocates, a blindingly obvious source of funding is already available: the federal government can issue however much new currency it wants, and so the government could fund large-scale socially useful projects if the political will to do so was present.

We have to pause at this point and distinguish between borrowing money to fund projects, which is the current model, and issuing (printing) new currency.

The other mechanism in the current model is the central bank (Federal Reserve) can create currency out of thin air and buy Treasury bonds. This is a form of monetary stimulus, i.e. a way to inject new money into the financial system.

The basic idea of MMT (as I understand it) bypasses both paying interest on newly issued money and the artifice of central bank monetization: instead, the Treasury issues new currency directly.

This removes the “governor” of interest payments, freeing the Treasury to issue cost-free currency in virtually unlimited quantities.

The Arguments Against MMT

Various historical studies have concluded that hyperinflation does not occur when governments must pay interest on their debt; the danger with rising interest and debt is default, not hyperinflation.

Governments facing soaring demands and limited tax revenues are naturally tempted to meet these demands with “free” new currency, since the political and financial pain caused by skyrocketing taxes leads to governments being tossed from power.

This is one common objection to MMT: the freedom to issue new currency is difficult to limit, as there will always be more demands for government spending. Without some “governor” to limit the issuance of new currency to align with the expansion of goods and services, then governments tend to issue new currency far in excess of what the real economy is creating. This generates inflation, which impoverishes everyone using the currency.

The core difficulty here is that the democratic political process is intrinsically skewed to short-term, politically expedient dynamics: politicians focus by necessity on winning re-election, and they will naturally approve new issuance of currency and new spending to placate the demands of constituents, lobbyists and campaign donors.

I honestly don’t see any intrinsic limit on political expediency. Politicians need to be forced to say, “I know your need is legitimate, but the money’s simply not there.” Without some real-world limit on the issuance of new money, money will be issued in surplus because the issuance isn’t an economic process, it’s a political process.

This is a fatal flaw in MMT. Relying on politicians to impose limits on their own desire to win re-election is to deny human nature.

A second concern is the entire notion of “slack” in the economy — untapped capacity. Have you noticed the “help wanted” signs in every Home Depot and many other retail outlets and restaurants? We read about millions of people who aren’t working, but if they wanted to work, or had to work, why are there so many unfilled positions? The answers are complex: the wage being offered isn’t sufficient incentive, the unemployed don’t have the requisite skills, etc.

In other words, in some important ways, the economy appears to be very close to full capacity. New programs such as The New Green Deal will basically be poaching experienced workers from existing projects, driving up wages (good for workers) which can generate a wage-price spiral (bad for everyone who can’t demand higher incomes).

My fourth concern is related: ultimately, “wealth” (as measured in new goods and services generated by capital and labor) is generated by increasing productivity, via investment in greater efficiencies.

Much of the spending people want — repairing bridges, supplanting natural gas electrical generation with solar or wind, and so on — are not necessarily increasing productivity: the repaired bridge carries the same number of vehicles as it did before, so there is no increase in productivity.

In other words, efficiency and productivity are core dynamics, yet the MMT process is fundamentally political, and politics has little interest in efficiency or productivity. It is, as noted above, politically expedient, with a default setting to put off tough decisions into the future.

In the private sector, return on capital and the productivity of labor and processes are the core dynamics. These rationalize decisions to prioritize efficient use of capital, labor and resources. Absent this rationalization, resources can be squandered for politically expedient reasons. In other words, capital, resources and labor can be mal-invested, which brings up the opportunity cost: all the capital, labor and resources squandered on “bridges to nowhere” and other pork-barrel projects are no longer available for truly productive use.

The key question here is: How do we harness our intrinsically scarce capital, labor and resources to increase productivity and socially/ecologically beneficial investments in a sustainable way?

MMT’s diagnosis is that a lack of currency is the primary problem. The MMT solution assumes the new currency can be efficiently invested within the existing political system without disrupting the increasingly precarious existing financial system.

While the appeal of MMT is self-evident, it seems to me that both the financial and political systems are broken in ways that MMT, no matter how it’s managed, cannot fix.

The problem is we’re misallocating capital, resources and labor on a vast scale. That’s the problem. Adding more currency and capacity/”growth” doesn’t fix this problem, it actually makes it worse.

If we look around at the trillions of dollars in recently issued currency floating around the world looking for a yield, the trillions poured into asset bubbles that only benefit the few at the top, the billions of gallons of fuel wasted in traffic jams and other consequences of “endless growth on a finite planet”, the gargantuan waste of capital, resources and labor squandered in maintaining a “growth at any cost” Landfill Economy of mindless consumption, regardless of consequences, it’s hard not to see MMT as a “green” Band-Aid for a profoundly broken, wasteful, unsustainable system.

MMT leaves the existing status quo essentially untouched and adds a new layer of newly issued currency and spending, and a new layer of “growth” and consumption, consumption that no matter how socially beneficial is still an additional burden on the planet.

In effect, MMT is another attempt to preserve a dysfunctional status quo by adding another layer of newly issued currency and “growth.” More “growth,” even the sort envisioned as “Green,” is simply adding to a destructive system. What’s needed is a radical reduction in consumption and a diversion from a consumerist Landfill Economy to one driven by incentives other than “more of everything” in the name of “growth.”

As longtime readers know, I see a new system of private-sector currency, DeGrowth and decentralization and the institutionalization of a more sustainable (i.e. less perverse and destructive) set of incentives as the only set of solutions that can fix what’s broken in the current socio-economic model.

But that doesn’t mean MMT won’t be tried, as the three engines of “growth” over the past 20 years — soaring debt, financialization and globalization — all falter.

Owning just about anything tangible or scarce will be a better bet than hoping fiat currencies will survive the advent of MMT and/or runaway borrowing intended to duct-tape the status quo together for another election cycle.