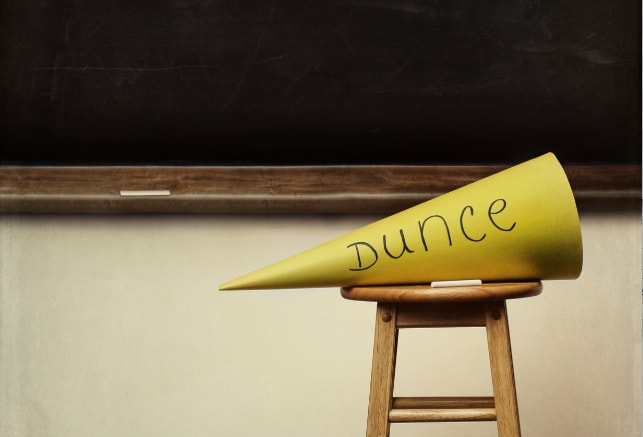 Are You Crazy To Continue Believing In Collapse?

Are You Crazy To Continue Believing In Collapse?

It’s nerve-wracking to live in the historical moment of an epic turning point, especially when the great groaning garbage barge of late industrial civilization doesn’t turn quickly where you know it must, and you are left feeling naked and ashamed with your dark worldview, your careful preparations for a difficult future, and your scornful or tittering relatives reminding you each day what a ninny you are to worry about the tendings of events.

Persevere. There are worse things in this life than not being right exactly on schedule.

Two simple words explain why more robust signs of an economic collapse have hung fire since the tremors of 2008: inertia and fraud. Never in human history has there been such a matrix of complex systems so vast, dense, weighty, and powerful for running everyday life (nor a larger population engaged in it). That much stuff in motion takes a while to slow down. The embodied energy has kept enough of it running to give the appearance of continuity. For instance, agri-biz still sends its amber waves of grain and tankers of corn-syrup to the Pepsico snack-food factories, and the WalMart trucks still faithfully convey the pallets of Cheetos, Fritos, Funyons, and Tostitos from the Pepsico loading dock to the big box aisles of glory. The freeways still hum with traffic even though oil is pricey at $100 a barrel. The lights stay on. The gabble and blabber of Cable TV continues remorselessly in the background of life. All of that is due to inertia. It gives the superficial impression of the old normal carrying on. Things go on until they can’t, in the immortal words of Herb Stein

The fraud is present in the abuse and misrepresentation of official statistics used as metrics in government policy, in the pervasive accounting chicanery of that same government in its fiscal dealings, as well as in our leading financial institutions and corporations, including control fraud in banking, interest rate rigging, mortgage and title fraud, front-running, naked shorting, re-hypothecation, money laundering, pumping-and-dumping, channel stuffing, the endless innovation of swindles, and, most importantly, the fundamental mispricing of the cost of money, which reverberates through everything else, most particularly real estate, stocks, and bonds. Beyond that, in the shadows of the shadowland known as shadow banking, a liminal realm of secrets and intrigues, only a few are privileged to know what is going on, and you can be sure they only know their end of the trade — while immense sums of ever more abstract “money” slosh through the derivative sewers on their way to oblivion in the ocean of failed trust.

So, don’t feel bad if this colossal armature of folly still stands, and have faith that the blinding light of God’s judgment will eventually shine even unto the watery depths where failed trust has sunk. Sooner or later the relationship between reality and truth re-sets to the calculus of what is actually happening.

Meanwhile, the big questions worth reflecting upon are: What is the shape of the future? How might we conduct ourselves in it and on our way to it; and how will we think and feel about all that? It’s very likely that the journey to where we’re going will be rougher than the actual destination, once we get there. There is a hearty consensus outside the mainstream financial media and the thickets of academia that the models we have been using to understand the economy look more broken each month, and this surely adds to the difficulty of constructing our own mental models for how the everyday world of the years ahead will operate.

Some of the commentators in blogville and elsewhere like to blame capitalism. Capitalism is a phantom adversary. It isn’t an economic system. It isn’t an ideology, really, or a belief system. If the word means anything, it describes the behavior of accumulated surplus wealth in concert with the known laws of physics — the movement of energy through time and space — and the choices we make organizing society in relation to that.  The energy is embodied as capital, represented in money for convenience. Interest expresses the cost of money over time and the risks associated with lending it. By the way, interest rates work the same way under all political systems, despite attempts in some societies to criminalize it.

During the high tide of the industrial expansion, when fossil fuels were cheap and we accumulated the greatest wealth surplus ever in history, humanity made some very bad choices, squandering this possibly one-time bonanza. We fought two world wars, and lots of wasteful lesser ones. Russia and its imitators attempted to collectivize wealth under gangster government and only succeeded in impoverishing everyone but the gangsters. America built suburbia and Las Vegas. The one thing that no “modern” culture did was plan for a future when the fossil fuel orgy and the techno-industrial fiesta might wind down, which is exactly the case now. Instead, we opted for the Julian Simon folly of crossing our fingers and hoping that some unnamed band of genius wizard innovators would mitigate the problems of resource scarcity and population overshoot just in time.

The demonizers of capitalism propose to remedy our compound predicament by just getting rid of money. But the idea of a human society without money leaves you either up a baobab tree on the paleolithic savannah, or in some sort of Ray Kurzweil techno-narcissistic masturbation fantasy multiverse with no relation to the organic doings on planet earth. I suspect as long as there are human societies there will be things to exchange that have a quality we call “money,” and as long as that’s the case, some individuals will have more of it than others, and they will lend some of their surplus to others on terms. What most people call capitalism was a model of economy derived from a particular transitory moment in history. It seemed to describe reality, but after a while it didn’t because reality changed and it was, finally, just a model. Nothing lasts forever. Boo-hoo, Karl Marx, J.M Keynes, and Paul Krugman.

What’s cracking up first is the complexity and abstraction of our current money operations, sometimes loosely called the financialized economy. If we blame anything for our problems with money, blame our half-baked attempts to mitigate the wind-down of the techno-industrial cavalcade of progress by issuing ersatz surplus wealth in the form of debt — that is, promises to fork over hypothetical not- yet-accumulated wealth at some future date. There are too many promises now, and too few trustworthy promisors, and poor prospects for generating the volumes of wealth as we did in the recent past.

In Part 2: How Life Will Change, we sort out the new operating principles that will matter more in the future than the trash heap of current cultural norms. The society that emerges from the post-growth economy will surely require a new moral compass, a set of values based on qualities of behavior and things worth caring about — as opposed to coolness, snobbery, menace, or power, the current lodestars of human aspiration.