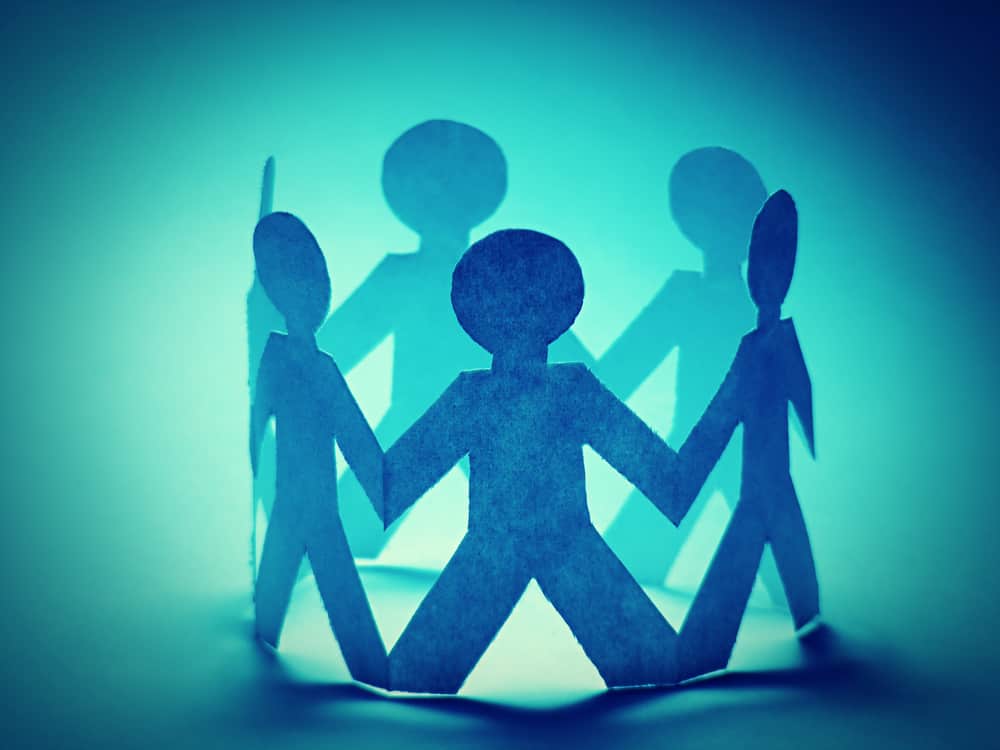 The Rise of New Models of Community

The Rise of New Models of Community

In my previous series on the erosion of community, I surveyed a number of conventional explanations for this decades-long trend and discussed 10 other potential factors in the decline of social capital. I concluded that economic need would likely be the driver of a resurgence of community—a need that will only become apparent when the Central State and the debt-based, consumerist-corporate system are no longer able to fulfill their implicit promises of welfare, subsidies, endless credit and secure jobs. Today, we can look at Greece as an example of the re-emergence of social capital’s value in the wake of the collapse of the state-financialization Status Quo.

In this next installment on community, we look at the possibility that new models are arising beneath the mainstream media’s master narratives that Everything’s fine and The Status Quo is both good and eternal.

My colleague, Zeus Yiamouyiannis, wrote a thoughtful response to my earlier essay, laying out the possibility that new models of community may be emerging from social media-enabled organizations:

I think a major cause of the switch is the reversal of this individual-community dynamic.  Before, people went through community groups to get to their individual sense of purpose, contribution, and interest.  Now it is the other way around.  People go through their individuality to get to a sense of commonality (often in a subculture).

This is a big change in how we enact community.  Now it is much more diverse.  We have gone from the top-down uni-directionality and consolidation of LIFE magazine, Kiwanis (with its own mission that you joined and lent your talents), and TV (where people/families "bonded" by sitting around and discussing their favorite show) to much more diversified niche magazines, Meet-Ups (where people use technology to gather face-to-face around independently shared interests), and social media in which people share their lives, influences and cultural discoveries.

It's a much vaguer, more virtual, sense of community, so it looks like lessened community.  However, it is also much more grass-roots and individually initiated and constructed interaction.  The framework is created from the participants rather than be shaped by the organization and then taken up by participants.  This takes time in order that participants fashion new rituals and routines as well as new forums for participation.

There is still the specter of these interactions being simulacra as you say of community, but there is also the possibility that they are pre-cursors to true grass-roots forms that will grow and network in time and become much more concrete.  My intuition leans toward the latter, and it will be system collapse that mobilizes its concrete possibilities.

I think the system of "no-middlemen" is definitely a future wave.  The new price of entry is production, I said in mantra after mantra in my book (Transforming Economy: From Corrupted Capitalism to Connected Communities).  If you are a parasite of any stripe, you are dispensable.

Now the only thing that has to happen is for people who have grown dependent on a corrupt, unsustainable and time-wasting government-corporate-pop-culture bureaucratic world, to wake up and awaken their genius, contribution, and connection.

All of this is happening mostly on a level invisible to the public eye. The revolution will not be televised, I guarantee you.

Things are very non-linear right now. Things are not apparent, yet things are moving. Many are simply existing in a limbo, as you observe, but as you have noted elsewhere, it only takes very strong movement by a few at the margins to create a wave which begins to break in a fundamentally new direction.  This I sense, and is what I wrote about in Transforming Economy.  The time will be soon to see its beginning fruits.

This "quickening" runs as a kind of sentient, distributed energy.  It cannot be pinned on leaders and personalities.  People find themselves doing things differently for some unexplained reason and they become "driven" by a pull rather than a push.  They start to assemble in quasi-conscious ways for quasi-conscious purposes.

Here's the deal between the two worlds right now: the Status Quo is dying but trying to take everything with it and the other is trying hold the old world up enough to avoid complete collapse, buy time, and construct the airplane of the new world, all while flying.

One way to tie this potential for new ways of building social capital into our previous conceptual framework is to see this reversal of polarity Zeus describes—from membership in top-down organizations to bottom-up grassroots organizations—as a shift from Riesman’s other-directed social character back to inner-directed.  (Please read the previous series for context.)

From this perspective, the informal, individualized socializing Zeus describes may reflect the end-game of society's consumerist fantasy, in which consumption and display of signifiers earn approval but not esteem or authentic identity.

As incomes stagnate and wealth is revealed as phantom, the opportunities to enjoy high enough levels of consumption to win approval diminish.  In response, our collective mythology of meritocracy has created a winner-take-all mentality that most people can only experience vicariously via “reality” (heh) television programs. This leads to an unhealthy worship of celebrity and obsession with being “liked” on Facebook and other social-media equivalents of approval. This reduction of human potential to consumption and being “liked” is the core of Riesman’s stunted other-directed social character.

This also ties into Christopher Lasch’s insight that the fear of marginalization is the beating heart of narcissism, a trend driven by the decline of real opportunities for authentic, productive living.

Real Community, or Just an Empty Simulacrum of Community?

As Zeus said: The new price of entry is production.  Tweeting about gardening does not replace the actual work of establishing a community garden, distributing the plots, monitoring activity, etc.—the multitude of tasks and responsibilities that actually makes a community garden a success.  Nor does it change the costs/benefits presented to potential members. Social media only matters to those actively producing real work and may (in some cases) inspire those with incentives already in place to join the community.

Actually getting something to happen in the real world—getting something built, setting up a farmers market, organizing a demonstration to raise awareness of a critical local issue, etc.—requires leadership and an organization that divides complex projects into tasks small enough for volunteers to manage, and establishes some feedback mechanisms to keep the work on track.

In conventional community groups, a hierarchy of subcommittees is often deployed to break each task into manageable pieces.  Members are asked to take leadership roles in the constituent functions: recruiting new members, raising funds, organizing transport and meals, distributing newsletters, delivering materials, accounting, and so on.

Those of you with experience in community projects know first-hand just how complicated a superficially small task really is when a spectrum of people must be organized to actually push the envelope of the material world.  The level of coordination, management, accounting and communication skills needed is impressive, and generally out of reach of inexperienced people.  Mentoring is typically an essential element in maintaining any organization, as new participants need to “learn the ropes” of organizing, managing, coordinating a group of people whose participation is voluntary. Such skills do not arise out of thin air—they require practice and learning from mistakes.

Simply exchanging messages and ideas cannot provide the mentoring and leadership needed to push the envelope of the material world. In this sense, social media doesn’t create community so much as offer another tool for maintaining or expanding a community that has the necessary social capital in place to organize people to accomplish long-term projects in the real world.

That includes the actual physical, material-world work and the management needed to bring people together and make the community function productively.

In Part 2: Promising Emerging Community Models, we examine several noteworthy new frameworks for social organization that take into account how the need to make a livelihood may serve as the gravitational force that pulls people together with enough staying power to create new communities and establish new arrangements in the material world. In Part 2, we will examine the key features of such models.