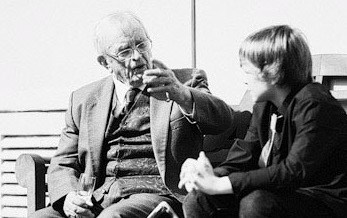 Stephen Jenkinson: Elderhood In A Time Of Trouble

Stephen Jenkinson: Elderhood In A Time Of Trouble

In past eras of human civilization, the wisdom of respected "elders" guided much of the decision-making in society.

But today, when youth is revered and age is equated with obsolescence and irrelevance, that role and its sage counsel have been lost.

It's not that we as a culture don't have desperate need for such wisdom. We do. Perhaps more than ever given the intractable and unsustainable issues we face — an over-indebted world economy, resource depletion, species loss, eroding civil liberties, etc.

In this week's podcast, Stephen Jenkinson, author of the new book, Come of Age: The Case for Elderhood in a Time of Trouble, returns to explain how the role of elder might be re-instated. It won't be easy, but it may just be one of the essential ingredients we need to make it through the challenge times ahead:

How do you come by wisdom? Now, it even crept into the way you characterized it if my hearing was good. And it's this, that wisdom is more or less a naturally occurring resource that's a consequence of – not unlike coal or natural gas – it's a naturally occurring resource that will simply derive from the passage of time and enough kind of pressure placed upon the human strata.

In other words, if you get old enough, and you're old enough long enough, wisdom is an inevitable and naturally occurring consequence of that ageing process. Chris, if that was true, we would be utterly awash in life wisdom right now. Why? Because this is the oldest any population on the planet has ever been as a ratio of its entirely, or, in addition to that I should say, in real numbers, there are more old people among us than have ever been anywhere ever in human history to the degree that that's ever been tracked. So that's a profound roadblock or collision to come to. We have more old people than ever before, and we have more information than ever before, at least access to it.

And it appears to me that we are more disabled fundamentally than we have ever been as a kind of felt condition, that it's the shear consequence of this information has a paralyzing effect, not an enabling effect. And the only way you overcome that is through anger or a sense of utter moral disillusion. So if this is the background to the moral revolution that's being fermented, I'm not unhappy that I won't see the consequence of it, even my age, because I'm not sure I would want to.

So I would come back to the understanding of wisdom and imagine out loud something like this, that wisdom is not an inevitable consequence of the aging of a person or a population, that, in fact, there's nothing inevitably occurring about wisdom at all. And if it's not naturally occurring and it's not inevitable then what is it? The answer is, to me, it's an accomplishment, it's a labored over accomplishment. So how is it accomplished? Is it inherited? Do we get it from the worthies, from the grey headed worthies of the bygone era? My answer is, almost inevitably, no, it's not derived from that. That's where we get our prejudices from.

Because wisdom, first and foremost to me, is a consequence of a deeply labored over travail, meaning that your wisdom is achieved according to which you engage the particular problems of your particular time and place. And so the example of laboring over wisdom can be inherited, but the actual content, the terms of engagement for wisdom, they have to be crafted according to the times.

Therefore, if I've come to the end of this, you could say that elderhood, as a social institution, is inheritable. Yes, of course. But the function of elderhood, the content of it, the actual labor that elders are obliged to and the way by which we are nourished by them, is the degree to by which older generation takes up its lifelong work of understanding the world that they’ve inherited, of understanding how deeply underserved the world has become by virtue of their lives, in our case, a willingness to assume an immense amount of moral represent for that truancy, and at least the beginnings of a labored over sense of conscious. Not personal consciousness, but social and political and moral conscious about the condition of the world that the likes of people my age are about to hand over to people in their 20s and their 30s and younger. So you could say then that elderhood is first and foremost a functional, seismic, ongoing responsiveness to the particular troubles of the times. And that's why you can't generalize about the content or the real function of elderhood from one generation to the next.

One of the deep problems that younger people are facing now is they don’t even get to have generations anymore because the rate of change that you mentioned is happening so quickly that their sense of who their peers are have been reduced to a matter of a decade, not a generation. A generation loosely could have been once upon a time thought of something in the order of let's say between 30 and 45, even 50 years. But we're talking about decades now. And that's who your people are now if you're a younger person, somebody on five years either side of you, those are your peers. And anybody older or younger than that, by virtue of the rate of change and what it's doing to people, is making those people strangers to you, that they're literally born into and inhabiting a different time, a different era of life than you are, even though you're literally both alive at the same time.

Click the play button below to listen to Chris' interview with Stephen Jenkinson (78m:53s).