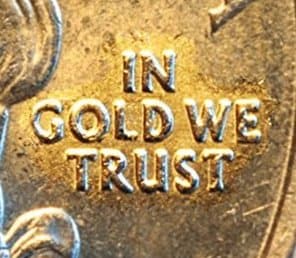 Ronni Stoeferle: In Gold We Trust

Ronni Stoeferle: In Gold We Trust

Fresh from releasing his exhaustive 340-page annual report titled In Gold We Trust, Ronald Stoerferle joins us to summarize his forecast for the yellow metal.

Stoerferle, an author of several books on Austrian economics and head of strategy and portfolio management at Incrementum AG, concludes that gold is poised to move explosively higher. He sees a new bull market beginning for the precious metal — one likely to quickly build momentum as the impending recession arrives and the world’s central banks revert to extreme easing policy measures.

We are all part of huge monetary experiments being conducted around the world. Right now, trust in the U.S. economy and in the Federal Reserve is still pretty high. We’re seeing the mantra of “deficits don’t matter” at the moment. And everybody thinks that the U.S. dollar is “the least dirty shirt”.

But this trust is crumbling. Recession clouds are getting darker and from my point of view there is no doubt that the Federal Reserve and the other major central banks will step in with very, very aggressive measures.This is actually what we’re seeing at the moment, with very sophisticated papers coming out from the Federal Reserve mentioning that negative rates would be quite favorable and have positive effects, along with comments from Donald Trump that the Fed should cut rates by 1% and do more QE. And other representatives are proposing that additional measures such as controlling the yield curve should be considered.

So from my point of view, we will see that the monetary policy u-turn that began in December will continue. That’s why gold has reacted so positively of late. We’re in the central bank zero interest rate trap — and there is no way out. Gold is a good hedge in this kind of environment.

In the fourth quarter every asset class was down. But gold was up 7% and mining stocks were up 17%. So fourth quarter 2018 was really, really important.  More people are now beginning to question the viability of the status quo. More are beginning to realize there is a systemic error in the structure of our monetary system. All the rescues and the measures that were taken in the last couple of years only address the symptoms but not the root cause of our problem.

This perspective shift is a one way street. Once you’ve shifted, you’ll never go from the critic’s camp back to the believer’s camp. And as more people move  from the camp of the skeptics to the critics this should have some sort of natural demand for gold. As an example, it’s pretty interesting that we’ve seen institutional demand quite recently in GLD, the biggest gold ETF, we saw the biggest single day asset inflow since Brexit. So those trend followers are coming into the market again. Once we go above the massive $1,360-1,380 resistance that has been very, very tough to crack I think then we can go to $1,500-1,600 pretty quickly.

Click the play button below to listen to Chris’ interview with Ronni Stoeferle (69m:12s).