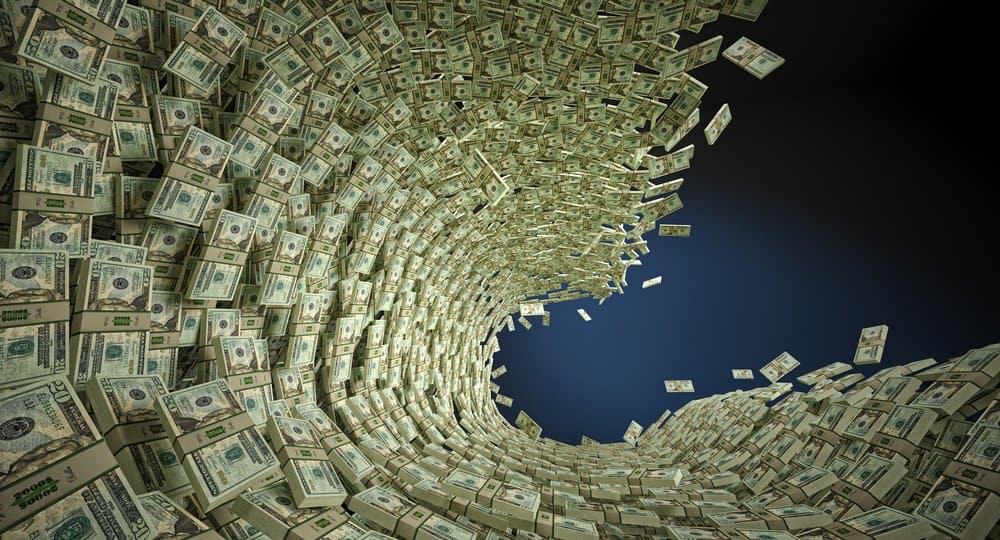 The global debt glut, plus the related money printing efforts by the world's central banks to try to stimulate further credit growth at all costs, leads us to conclude that a major currency crisis — actually, multiple major currency crises — are practically inevitable at this point.

To understand better the anatomy of a currency collapse, we talk this week with Philip Haslam, author of the book When Money Destroys Nations. Haslam is an authority on monetary history, and more recently, has spent much time in Zimbabwe collecting dozens of accounts of the experiences real people had as the currency there failed.

This week, he and Chris discuss the process by which a hyperinflationary currency collapse occurs:

That leads very quickly then into our second gorge moment, which is where the rate of price increases actually outstrips the amount of money in the economy and you get money shortages. In 2003, the economy in Zimbabwe experiences fierce money shortages. You had massive queues at the banks, real shortages, everyone trying to take their money out of the banking system. It became a real problem as people began to distrust the banks more and more. They actually wanted to hold their money directly, concerned that the banks actually did not have it.

Gorge moment three is when that pressure begins to work its way into the real economy and margins begin to decrease to the point where stores begin to close. That is a real cultural shift. Before, stores were open; goods were expensive but you could still get food and you could still get goods and services. But at gorge moment three, the formal supply sector shuts down.

Following this stage is gorge moment five: a curious consumption hysteria develops that we call 'scorched money'. It's when people try to take their money and get rid of it as fast as they can because if you hold it instead, it's going to lose value by the next day and you can buy less and less with it as time goes on. People will do anything to get rid of their money and find anything that will hold some value of some sort. It’s a crazy, consumption hysteria where everyone’s buying everything. There is huge amount of demand, but in reality, production has stopped. So you have this entire consumption of the economy where all goods and services get consumed.

Finally comes the sixth gorge moment which is the death of the currency and the final collapse of the money-based system.

Click the play button below to listen to Chris' interview with Philip Haslam (52m:19s)