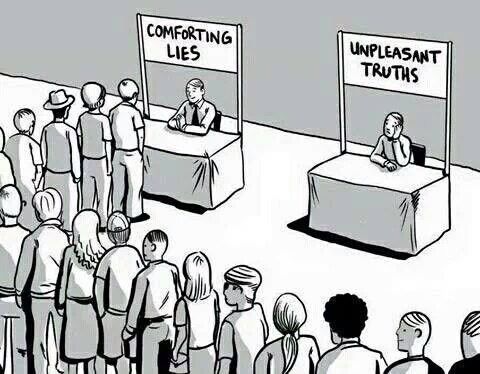 Last week’s observed bearish engulfing has so far proved a non-event as the markets continue to reach maximum stupid heights lifted by Jerome Powell’s recent soothing remarks to the nation on 60 Minutes.

The trouble is, so much of what Powell said in that interview just isn’t true.

He claimed the US economy was in a great place pre-coronavirus. The claim completely ignores the repo market rescue the Fed has been engaged in since September, in which it has been forced to provide hundreds of $billions to keep overnight repos functioning.

Even more duplicitous, Powell advised against worrying about the massive increase in $trillions of new debt the country is taking on right now. In his words, once covid-19 infections become contained, the country will return to growth and adopt a fiscally prudent program of paying down the debt.

What?? Powell knows first-hand this will never happen. He’s just not being honest with us here.

After all, he took over the reins at the Federal Reserve to preside over the unwinding of the Fed’s balance sheet, which had ballooned from $800 billion in 2008 to $4.4 trillion ten years later. But when he attempted to reduce the Fed’s holdings (aka, quantitative “tightening”), the market threw a hissy fit and Powell quickly capitulated.

He realized that today’s asset prices have become so dependent central bank support that ANY kind of tightening of monetary policy threatens to kill the markets. All he managed to do was shave off a few hundred billion before he was forced to start adding them right back via the Fed’s “not-QE” easing program that began in September.

So Powell really expects us to believe that we’ll be able to unwind THIS without collapsing the financial system?

The Fed has added nearly $3 Trillion of liquidity since March!! And as Powell said on 60 Minutes, there’s likely plenty more coming before this is over…

There are so many reasons to worry about your financial capital right now. If you’re sitting in cash, are you going to watch its purchasing power vaporize as the Fed (and the banking system) creates more $trillions from thin-air? If you’re invested in the markets, are you at risk for losing a substantial chunk of it in the near term if it turns out we are indeed in a bear market rally head-fake and a 50%+ correction ensues?

As we do each week, we’ve once again asked the lead partners at New Harbor Financial, Peak Prosperity’s endorsed financial advisor, to share their latest insights into the road ahead for investors.

In the below video, we dissect Powell’s statements and their impact on the markets, address the ramifications of the rising trade and human rights tensions between the US and China, and talk about potential strategies for those investors either holding either mostly cash or mostly stocks/bonds:

Anyone interested in scheduling a free consultation and portfolio review with Mike and John can do so by clicking here.

And if you’re one of the many readers brand new to Peak Prosperity over the past few months, we strongly urge you get your financial situation in order in parallel with your ongoing physical coronavirus preparations.

We recommend you do so in partnership with a professional financial advisor who understands the macro risks to the market that we discuss on this website. If you’ve already got one, great.

But if not, consider talking to the team at New Harbor. We’ve set up this ‘free consultation’ relationship with them to help folks exactly like you.