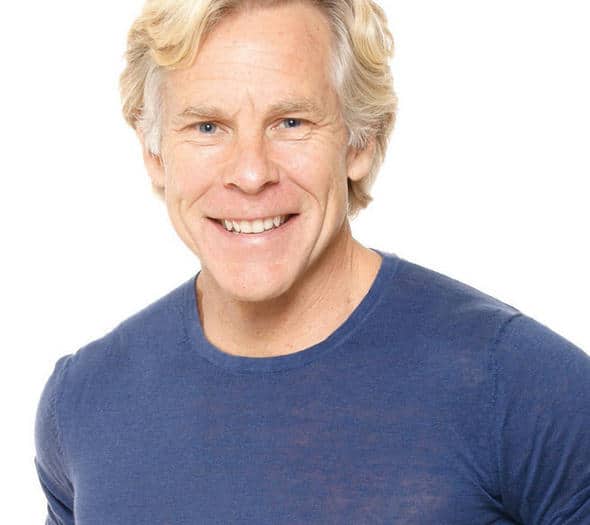 Mark Sisson: Why Nutrition Is The Key To Health

Mark Sisson: Why Nutrition Is The Key To Health

This week, Mark Sisson — former professional athlete, founder of Mark's Daily Apple, and developer of the Primal Blueprint health & fitness lifestyle — returns to discuss nutrition. In his opinion, it's the single most important factor for a healthy life.

While other key components like physical exertion, good sleep, de-stressing and sun exposure contribute to overall health and well-being, too (see our 2013 interview with Mark for a full background on his recommended regime), the food we eat can literally determine which of the genes in our genetic code get activated and expressed. So, in a very real way, we indeed are what we eat.

Which raises concerns when looking at the traditional "food pyramid" we've been told to follow since the 1950s. In Mark's eyes, it's based on poor or absent science, and recommends a dangerously flawed regime responsible for many of the chronic health problems of modern society (obesity, diabetes, intestinal disorders, etc). It's so out-of-whack that one of the single most impactful steps we can take as a society would be to flip that pyramid "upside-down":

Humans are by nature very resilient in many regards. The good news is we can live on just about anything—bear claws, seaweed, shoe leather. We have been shown over history to be able to get through long periods of famine because of our ability to extract calories from whatever we put in our stomachs. That's the good news. The bad news is that a lot of the stuff we put in our stomachs has an effect on our genetic expression. Our bodies are trying to rebuild, recreate, renew, regenerate us every day. And based on the inputs that the genes get, we either turn on genes that store fat, that make us sick, that cause or predispose us to cancer, or we turn those genes off. Then we can turn on genes that build muscle, to give us more energy, that make us more clear thinking.

And a lot of these genes operate in a principle we call epigenetics, through food signaling. So it is the types of foods that we choose to eat that cause genes to turn on or off. And we can literally discover what I call these hidden genetic switches and make our food choices in such a manner that we can have a much better chance at arriving at the desired outcome. That might be losing weight; it might be getting off the meds; it might be reducing the ADHD in a young child. All of these things are possible, and quite likely based on food choices. It does not mean that if you are somebody who is living on fast food and soda all day that you are a bad person or even that you are doomed to die at 50. It just means that you have a greater likelihood of not thriving throughout your lifetime.

The gut biome story is going to be a big story for the next two years, and has been for the last year. It is the new frontier. We have a 100,000,000,000,000 organisms living in us that are not us. You know, we have a hundred trillion cells that are bacteria versus ten to fifteen trillion cells that are human. So 90% of the cells in your body are Not You, and there's a lot that they are doing. Some of them are helping you digest food. Some are creating vitamins. Some of them are feeding the cells lining your guts. And some of them are bad. And this balance in the gut biome between the good bacteria and the bad bacteria is huge, and it is an issue for a lot of people. And it relates back to the foods you eat in several ways. One of which is if the foods you eat are causing a leaky gut and the bad bacteria in your gut are leaking into your bloodstream, that's not a good thing. A gut is supposed to be a barrier to entry and only allow the vitamins, minerals, amino acids, simple fatty acids and sugars. But the fact that it's leaking and allowing in bacteria and setting up an immune response is huge. And that is the cause of a lot of people’s inflammation and the cause of a lot of people’s autoimmune diseases. And that relates back to the gut biome. So that is point number one.

Point number two is you have to feed that biome. So the food that you eat is also supporting the bacteria in your gut. And sugar we know tends to support the unhealthy bacteria. Some of the pre-biotic fibers, resistant starches, insulin — things like that — actually support the healthy bacteria and allow them to produce the short-chain fatty acids that then go on to feed the cells. It is so critical: it does come down to what you eat. So much of your life and so much of your health and so much of your ability to be energetic and healthy for the rest of your life comes down to what you put in your mouth. That part of it is not rocket science. The real rocket science is figuring out within that spectrum what is best for you, individually.

Mark's organization is releasing the Primal Blueprint Expert Certification program on August 20th. Those interested in better understanding the science of nutrition, and how best to implement it in your diet, can learn more about it here.

Click the play button below to listen to Chris' interview with Mark Sisson (33m:55s):