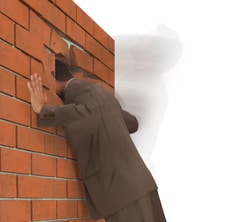 Japan vs. Newton (and Certain to Lose)

Japan vs. Newton (and Certain to Lose)

Conventional thinking and reporting has it that Japan is conducting a larger version of the same monetary experiment they’ve been running for about 15 years.  The implication here is that we can safely analyze what Japan is up to through the same monetary lens, as always, but with a slightly wider aperture.

By now, we are all familiar with the details.  Japan has initiated a program of monetary expansion that goes by the shorthand of 2-2-2.  In two years, the Bank of Japan (BoJ) will fully double the monetary base as it seeks a minimum of 2% inflation.

In the aftermath of this announcement, the yen weakened by a whopping 8% against the dollar, the Nikkei stock average vaulted up by roughly 10%, and the $10 trillion Japanese government bond market had to be frozen twice because of intense volatility.

In truth, what Japan is running is as much a massive social experiment as it is a monetary experiment.  It has such enormous implications to everyone, but especially the Japanese people, that we should all be paying very close attention.

On this front, so far, so good.  Japan is going to fully double (!) the monetary base in just two years.  In any tidy, mathematical world where economics is governed by linear, rational processes, this doubling of the monetary base would result in inflation.

Unfortunately, the real world is not very tidy.

The monetary base is really an abstraction that refers to the amount of money that the banking system has available to pyramid into a greater number of loans.  As I am sure you have figured out by now, simply having more money in the system will not automatically result in more money chasing goods.

In fact, without a good reason to borrow and then spend that money, those new funds may well just sit in the banking system chasing nothing related to real goods and services in the real economy.  Instead, that money will simply chase financial assets such as stocks and bonds.

The BoJ knows this, and yet their plan revolves around the idea that they can create inflation by simply doubling the monetary base.  Does this mean they are confident that there is pent-up consumer demand that was stymied by a lack of cheap funds from the banking system?

The very short answer is ‘no.’  The BoJ knows perfectly well that more base money will do nothing to stimulate additional inflation via consumer demand, and they know this because Japan has had rock-bottom borrowing costs for a very long time.

So if the BoJ already knows that more base money will not lead to the buying of more goods and services, then what is their plan for stoking inflation?

The answer is both simple and somewhat upsetting: They are targeting people’s trust in the yen.  The idea is simple to understand, as inflation requires that people prefer to hold ‘things’ instead of money.  That is, the preference for money is diminished and the preference for real things, perhaps anything other than money, is elevated.

If enough people decide that holding money is a losing proposition, they will favor consumption instead.  The way to get people to favor things instead of money is to debase their confidence in money.  So people’s trust in money has to be targeted, and this is, indeed, the BoJ’s target.

In short, there is no net societal gain.  The accounting identity in play here is that one entity’s loss is another entity’s gain.  If consumers and importers have to pay more for imported goods simply because the yen has fallen in value, then all we have to work out is who gains.  Exporters gain, by and large, as do other sectors.

That’s just the way these things work – it is not possible to engineer a gain where everybody benefits because one sector’s deficit automatically becomes another sector’s gain.  It is simply Newtonian physics.  For every force, there is an equal and opposing force – only the forces are economic and involve gains and losses.

The form of inflation that Japan hopes to stoke involves the kind where money currently stored in Japanese bank accounts comes roaring out into the Japanese economy.  The BoJ is willing to harness the import/export losses as a useful means of convincing the local businesses and populace that the yen is just not a safe store of value.

So the basic plan that the BoJ has put into motion is to ruin local faith in the yen.  It is actively targeting trust, a necessary component of any fiat-based currency, under the twin theories that it knows what it is doing and will know when to stop.

The problems are that I am pretty sure they will succeed beyond their wildest hopes and that nobody at the BoJ has any experience in massive social engineering experiments.

The BoJ is not just running the largest monetary experiment in their history, but also the largest social engineering experiment.

Trust is an essential component in every economy and for every currency.  The BoJ has just upped the ante by explicitly and specifically targeting trust in the yen. Perhaps they know what they are doing, and we certainly hope so, but I happen to think it is playing with fire.

There really aren’t any guidebooks for it to follow, and even if there were, it is doubtful that the economists in charge would have been required to study them during their academic training and political careers.

If the notion of your pilots flying blind bothers you, then you are probably not very happy or confident with the BoJ’s actions here.  Were I a Japanese citizen, I would immediately convert my yen holdings to something, anything, else.  Swiss francs, gold, dollars – anything (!) would be preferable to me here.

Once your central bank declares war on its own currency, this is just the prudent thing to do.

For everyone else, Japan is now the largest economic Petri dish on the planet and is well worth studying for what happens next.  The early results, with a manic pulse in the Nikkei coincident with arrhythmic gyrations in the Japanese government bond market, suggest that something has been shaken loose in Japan.