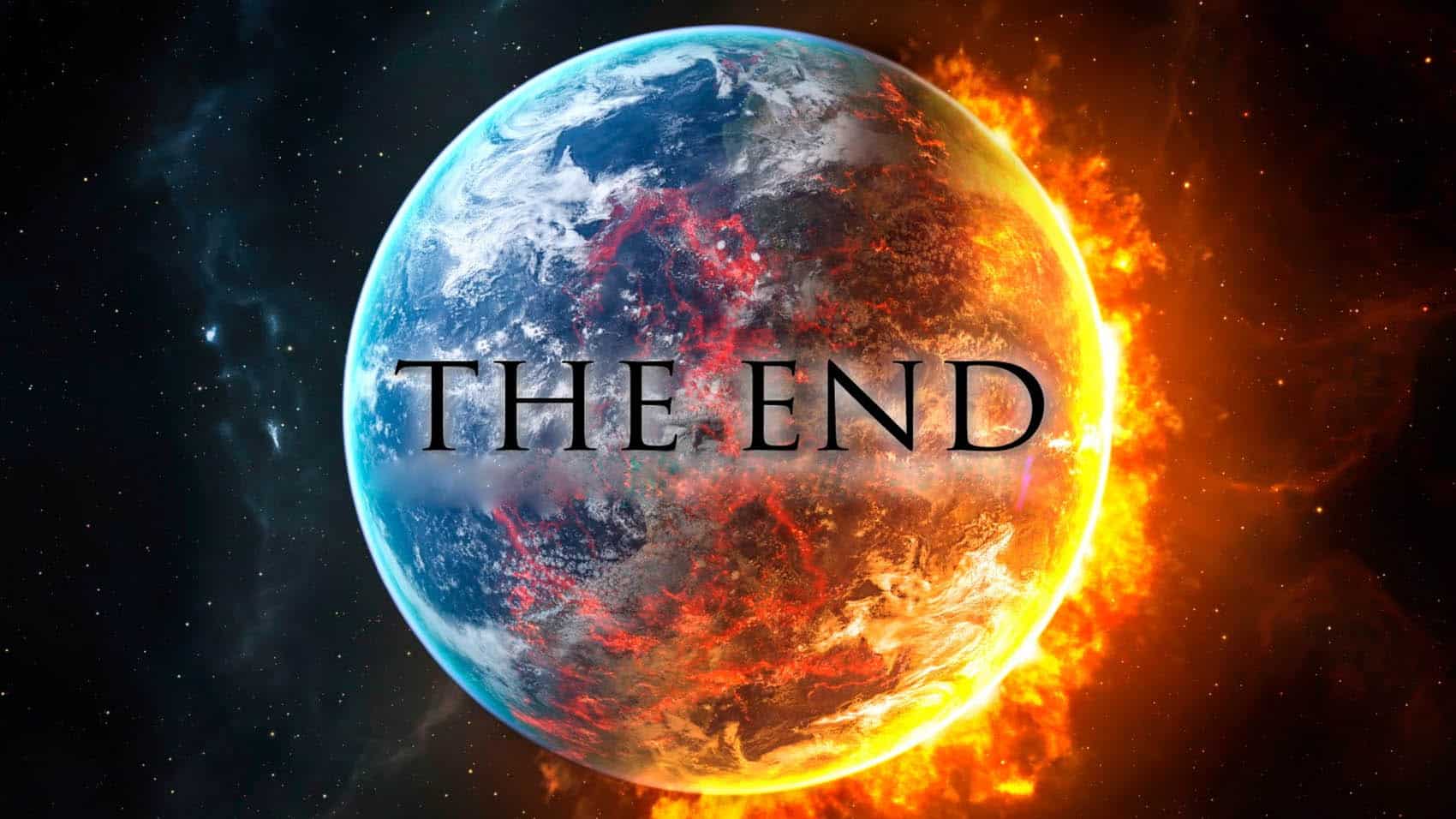 Do you sense an approaching endgame?

Like there’s another heavy shoe to drop? Perhaps an entire closet’s worth?

Certainly there’s entirely too much confusion surrounding SARS-CoV-2 and how to deal with it.

Should people wear masks?  Will schools re-open?  Should they?  Why isn’t Covid-19 being treated consistently across medical centers?  Are there things we could and should be doing to minimize the impacts before people catch it?

I believe there are good common-sense answers, even if complicated, to these and many other related questions  But common sense is in short supply these days, especially amongst our “leaders” in the US (who actually act like bad managers).

Our clueless politicians busy themselves either pandering to or hiding from the media cameras when it comes to Covid-19 response. Meanwhile, Big Pharma is doing everything it can to direct the action in ways that funnel any profits into its pockets — public health be damned.

It’s a certified shit show. No question about it.

But It Gets Worse

Beyond the pandemic, the central banks are busy ignoring Plutarch as they embark on the grandest social experiment in all of human history by floating billionaires’ yachts ever higher as more and more average folks drown beneath the rising waterline.

Displaying either a level of tone-deafness exceeding that of Marie Antionette, or a level of psychopathy matching that of Ted Bundy, the US Federal Reserve is — RIGHT NOW — engaged in the largest transfer of wealth in all of US history.

Between March-April 2020, the Fed added a staggering $282 billion to the bottom-line wealth of US billionaires:

But that wasn’t enough.

So the Fed kept printing. And buying, buying, and buying more and more financial assets held – of course – mainly by the already-wealthy.

By May 2020 the total added became $434 billion, making all the US billionaires more billionaire-y:

But even that wasn’t enough for the Fed.  So it printed even more, increasing the total to $583 billion by June:

Yep, you guessed it. It didn’t stop there. By July, the grand total was up to $637 billion:

Considering that US GDP dropped by -32.9% (annual rate) and clocked in at an annual rate of $19,408 billion in the second quarter of 2020, the US Federal Reserve had granted an astonishing (truly!) 3.3% of the entire output of the entire country to US billionaires.  For doing absolutely nothing.

Yes, people have many reasons to be angry and to protest these days. But they ought to be furious with the Federal Reserve and its lackeys in Congress who have utterly and completely failed to check these egregious, unfair, and socially destructive policies that grossly reward the elite at the expense of the bottom 99%.

Let’s do a little math here. Handing 3.3% of the value of the entire economic output of 160,000,000 working people to roughly 600 individuals is the equivalent of granting each one of those 600 billionaires the entire yearly output of 9,020 people.

It’s like the Fed decided that each billionaire deserved to have 9,020 people become their slaves for the year.  How is that *not* psychopathic?  How is that fair?  What’s the plan here? Keep going until these 600 people own everything in the world?

And where’s the media on this? They happily parrot every statement the Fed makes, without asking even the slightest of critical questions. They are failing us badly, too.

Okay, so why should you care?

Because what the Federal Reserve is doing generates enormous systemic risks which could well destroy the economy and much of our future prosperity.

At heart, I am a conservative in the sense that I’d like to keep (i.e. “conserve”) what we’ve got, both ecologically and economically. I’d vastly prefer that we change our nation’s destructive path now on our own terms than being forced to on reality’s terms later on. As painful as the former may be, the latter will be much more so.

History is complete on the matter: one cannot print one’s way to prosperity.  It’s been tried over and over again and my view is that if it could be done, we’d all be speaking Latin because the Roman Empire with it brilliant engineers would have figured it out millennia ago and would never have collapsed.

If the Romans couldn’t work it out, it simply can’t be done.  Mathematically, it also doesn’t pencil out.  Money is a social agreement, a contract.  It’s not real wealth.  Taking the attempt to the extreme, what would happen if everybody had a billion dollars and nobody had to work?

So printing currency only manages to delay and exacerbate the inevitable by building up the energy for its own destruction.

And the longer the delay, the worse the reckoning when it ultimately arrives.

Given the fact that America is doing a supremely poor job of managing Covid-19 at the national level – mirrored by many other countries worldwide – it’s all but certain that ‘the economy’ (such as is was) is not coming back.

Tens of millions of jobs have vanished and are not coming back in time to save our over-indebted system.

The central banks’ efforts to prop everything up by jamming stocks, bonds and derivatives to higher and higher price levels are seriously misguided.  Such efforts both add to social injustice – a friction that eventually bursts into flames – and badly distort the price discovery mechanism which then leads to faulty economic and financial decisions.

If the “Market” Never Goes Down, The System Is Doomed

“Markets” that never go down aren’t markets, they’re signaling mechanisms of the Powers That Be. Markets are fundamentally clearing houses of information on price, demand, sentiment, expectations and so on–factual data on supply and demand, shipping costs, cost of credit, etc.–and reflections of trader and consumer emotions and psychology.

If markets are never allowed to go down, the information clearing house has been effectively shut down. Whatever information leaks out has been edited to fit the prevailing narrative, which in this moment is “central banks will never let markets go down ever again, so jump in and ride the guaranteed Bull to easy gains.”

The past 12 years offer ample evidence for this narrative: every dip draws a near-instantaneous monetary-policy response that reverse the dip and gooses markets higher.

That permanent monetary intervention distorts markets doesn’t matter to participants. Who cares if markets have become “markets,” simulacra of real markets that are now nothing but signaling mechanisms that all is well so buy, buy, buy? If gains are essentially guaranteed, who cares that markets are not longer information clearing houses?

Indeed. There’s no reason to care until the fatal spiral downward surprises us all.

Charles’ words above remind of why we need to care: a fatal downward spiral awaits, one that will catch much of the world by surprise.

Which then brings us to resilience.  More and more people are turning to self-reliance, in whole or part, as they correctly assess that the rising risks.  Social decay, erosion of public services, loss of trust, and even failure points in the food system.

These risks threaten the very bottom of Maslow’s hierarchy of needs: food, shelter, water, and safety.

In the post-Covid-19 world, gun sales are up and urban apartment sales are down.  There’s a cultural sea change occurring, not that you know it by the mainstream press. As with most important things, it’s ignored at first: 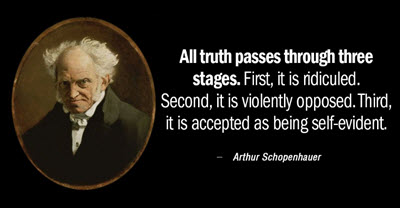 Here at Peak Prosperity, our wish for you is to be happy, joyous, healthy and to live in peace and safety.  In a word: resilient.

To get there (and stay there) you’re going to have to try new things, skate to where the puck is going to be, and take some risks.

Myself? I moved to the country, bought cows, chicken and pigs, and have a garden.  These things bring me joy and provide me with food security.  I’ve had more than half of my net worth stored in gold and silver for a long time now, because I knew that someday the Endgame would arrive.

We’re there.  The Fed’s recent actions are nothing more and nothing less than a final looting operation.

Same as every other time in history, the last official act is to loot the Treasury.  But today, in the US, we don’t have a Treasury with anything of value left within it.  It has no gold, neither does it have any silver.  It has a negative net worth, with a Net Present Value (NPV) of approximately -$200 trillion.

So what’s left to loot?

The answer is both grubby and disturbing: the purchasing power of every dollar in circulation.

That’s all that’s left to loot.  At least at scale.  We’re not (yet) to the point of the government confiscating half my chickens, which I half-jokingly (and half not) expect may come to pass once everything falls apart.

Every bank account, every reserve dollar, and every dollar claim is going to be debased.  There’s nothing to debate or even argue about because it’s all right out in the open:

The Federal Reserve is preparing to effectively abandon its strategy of pre-emptively lifting interest rates to head off higher inflation, a practice it has followed for more than three decades.

“It would be a significant change in terms of how they are thinking about” the trade-off between employment and inflation, said Jan Hatzius of Goldman Sachs. “A lot of those things look very different now from the way they looked a few years ago,” he said.

Translation:  The Fed is going to let inflation rip. And the media’s favorite Fed apologists will do their best to convince us this is actually a noble and good act.

As I’ve explained extensively, inflation is merely government-enabled theft.  It steals a tiny bit from everyone’s past efforts, saved as money, and transfers those bits mainly to itself and a few well-connected insiders.

It’s one of the oldest games in the book, and the Fed’s apologists and enablers help them keep the game covered up.  But it’s not hard to understand if you take the time to look.

Your financial resilience depends on your understanding of inflation and how it works.  My Crash Course chapter on Inflation is a good starting point — you can watch it here.

Between Covid-19 and the Fed’s crazy actions, there’s not a lot of hope of returning to normalcy any time soon.

A lot of people have already arrived at that conclusion. A growing number have already moved to homes outside of cities, where at least they have a degree more control over their destiny.

That’s a good thing, in my view. But it’s just a start.

But how to prepare? What path will the system follow as it fails us?

In Part 2: Is High Inflation Now A Bigger Danger Than A Deflationary Crash?, we revisit the probabilities of what’s more likely to transpire next given the massive monetary and fiscal actions the authorities are proving themselves willing to take.

Is a crash still a realistic threat? Or will the purchasing power of our currency be sacrificed in the name of “doing whatever it takes!” to prevent the elites from ever having to suffer losses?

The future success of your preparations depend entirely on the answer to this question.