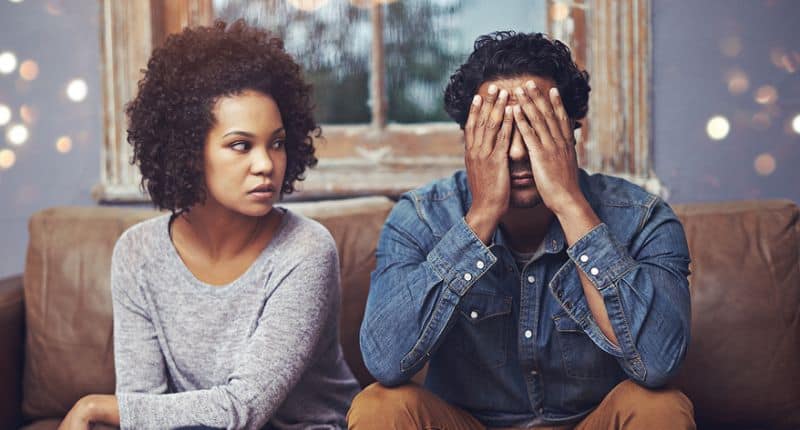 Dealing With Disagreement in Relationships

Dealing With Disagreement in Relationships

Our book Prosper! teaches the crucial importance of building and maintaining supportive relationships with those around us. But this can be a challenge when our loved ones don’t share our urgency about the dire problems facing the world. Below, you can read about the factors that worsen relationship problems. Then in Part 2, enrolled members can learn how to approach conflict resolution and repair relationships.

If you’re reading this, chances are very good you’re concerned about where the world is headed.

The over-leveraged economy. Asset price bubbles across the stock, bond and real estate markets just waiting to pop. Declining world net energy per capita. Escalating geopolitical tensions. Unprecedented die-offs among foundational species in our ecosystems. These are probably just a few of the concerning trends that have your attention.

But if you’re like many of our readers, you’re perplexed that the people around you aren’t as fixated on these issues. In fact, most people prefer to avoid thinking about them. They just want to live their lives, without adding to their worries.

This vast difference in outlook can be incredibly frustrating. Both for you as well as for the other person, who’s just trying to get through the day. And it often results in dysfunction that can be toxic to the relationships you care about.

Many of our readers report feeling isolated by their concerns. No one in their immediate circle of family or friends wants to engage on these topics, and oftentimes respond critically when conversation is attempted (Hey, try looking at the bright side for a change. Why do you have to be such a gloom & doomer, anyways?).

That dynamic often leads to bitterness, confusion and anger, which often spills into other areas of those relationships. Suddenly other small forms of rejection can feel like part of a coordinated affront. (You don’t want to hear why I think the market may crash and you’re choosing to go to your sister’s tonight rather than to the movies with me?)

The danger is this can morph into a larger “You don’t understand me!” or “You don’t care about me!” mindset that, once taken root, colors future interactions with suspicion and cynicism. A vicious cycle of negativity and hurt then builds that can end friendships and marriages.

We’ve heard of dozens — probably hundreds — of relationships that have fallen casualty in this way from our readers over the past decade.

Those who have read our book Prosper! understand the critical importance of Social Capital — being in supporting, trusted relationships with those around us. Social Capital nourishes us emotionally as well as makes us, and our communities, more resilient.

But it requires repeated interaction over long periods of time, and building bonds that can withstand stress. And times are highly likely to get more stressful from here.

Can we prevent this rising stress from straining further the isolation/frustration many of us already have with key people in our lives? Is there a way to navigate our close relationships in a way that can prevent creating irreparable rifts when disagreements arise?

The answer is “yes”, and it’s grounded in decades of scientific research.

It’s All About How We Approach Relationship Problems

John Gottman and his wife Julie have been studying relationship stability for over 40 years. Gottman’s research, including the famous “Love Lab” he created at the University of Washington, led to the development of the now-standard industry practice of sequential analysis in couples therapy.

Specifically, he discovered that there are patterns of behavior (i.e., sequences of interactions) that discriminate happy couples from unhappy ones.

If you read Malcolm Gladwell’s best-seller, Blink, Gottman is the therapist featured at the start of the book, who can predict with 91% accuracy whether a married couple will divorce within 5 minutes of meeting them. That’s because Gottman has put in well over his “10,000 hours” developing mastery in this field, personally conducting 12 longitudinal studies with over 3,000 couples (the longest were followed for 20 years!)

Gottman is a very big deal in the world of couples therapy. I know this first-hand because I’m married to a licensed Marriage & Family Therapist trained in the Gottman Method.

There’s a deep toolkit of Gottman practices for persevering through conflict. My wife reaches into it every time we have a protracted disagreement…

And as weirdly clinical as it may sound, deconstructing an argument while still in the heat of it and applying the defusing and repairing techniques developed by the Gottmans is extremely effective. It can really reverse a “me against you” confrontation into a “we’ll get through this together” collaboration.

The success of this is rooted in an important realization: It isn’t about being right. It’s about finding resolution you can live with.

Everyone is different and sees through their own lens. In many cases, you’re never going to see eye to eye on every issue.

In fact, research shows that 69% of conflict in a relationship is unresolvable and perpetual. It’s not going to get “fixed” — ever.

Gottman discovered that it’s not the disagreements themselves that predict whether partnerships remain healthy, what matters is how the partners deal with those disagreements.

Relationship longevity depends on whether the parties prioritize finding positive ways to understand and accept these differences, or instead focus on trying to force the other to accept their side.

Gottman’s research is very clear that the former approach is far superior. But it’s not always easy to take for most of us, especially when arguments get heated.

What Dooms Relationships: The 4 Horsemen

Over his decades of research, Gottman found that some couples were exceptionally good at managing conflict, and some were spectacularly bad at it. But studying these “Masters and Disasters Of Relationship” closely, best practices and worst practices for nurturing valued long-term relationships became clear.

Couples who fail to stay together, especially the “Disasters”, all exhibit at least one of the following toxic behaviors, termed “The 4 Horsemen” by Gottman:

Criticism is finding fault in your partner’s character. Rather than having a rational basis, you frame the cause of a disagreement as due to a deficiency in the other person (e.g., “You’re so stubborn.” “You never try to understand me.” “You just don’t get it.”) Understandably, this comes across as an attack, and emotionally riles up the person on the receiving end.

Defensiveness is expressed as an attempt to protest against a perceived injustice. The most common expressions of defensiveness are adopting a victim mentality and counter-attacking. The former exasperates, the latter escalates.

Stonewalling occurs when one listener mentally withdraws from interaction. It’s basically an abandonment of any attempt to repair the situation. Common signs are no/monosyllabic responses, not appearing to be listening, avoiding eye contact, and arm crossing. Stonewalling sends a strong signal to the other party that you don’t care enough (about their feelings, about being in relationship with them) to fight through the discomfort of the moment.

Contempt is feeling or expressing resentment towards your partner. This is the worst offense: its presence is the best predictor of divorce/break-up. Once contempt is present in a relationship, the parties see each other’s qualities and motives in a negative light by default. When you feel contempt, you feel the other person is ‘below’ you, oftentimes undeserving of you. It’s a very difficult mindset to reverse once it’s ingrained.

To see clips of each of these ‘worst practices’ in action (taken from actual couples therapy sessions), watch this short video:

How To Build Relationships That Last

When watching the above video, each of us probably sees behavior that looks familiar. We’re all guilty at some time or another of these transgressions in our interactions with close family and friends.

But that’s not a death sentence for these relationships.

Gottman’s findings show that even the Masters Of Relationship fight. Hey, we’re all human.

But what they do exceptionally well is focusing on repair during and after a disagreement. This attempt at attenuation of injury, of demonstrating care for your partner’s well-being even while arguing with them, is the “key to relationship success” according to Gottman.

By studying the successful strategies of these “Masters”, the Gottman Institute has developed a time-proven framework and series of practices for defeating the 4 Horsemen — avoiding hurtful behavior when possible, repairing the damage when not, and using conflict when it arises to strengthen relationship bonds vs weakening them.

Applying these techniques to the areas of conflict in your marriage, your friendships and your workplace — especially when done under the guidance of a licensed therapist — can be transformative in returning strained relationships back into flourishing ones.

In Part 2: How To Manage Conflict & Build Relationships That Last we detail out the specific conflict resolution progression prescribed by the Gottman Method in a way that you can immediately start applying in your life.

If there are key relationships you value (spouse, partner, friends, co-workers, neighbors) that are at risk, you’ll definitely want to read this.

And lucky you; you’re getting these gems without having to sit through the long couples weekend workshops I’ve had to. My wife drags me to one every few years to meet her continuing education requirements. (That, plus we often genuinely can use the relationship tune-up.)