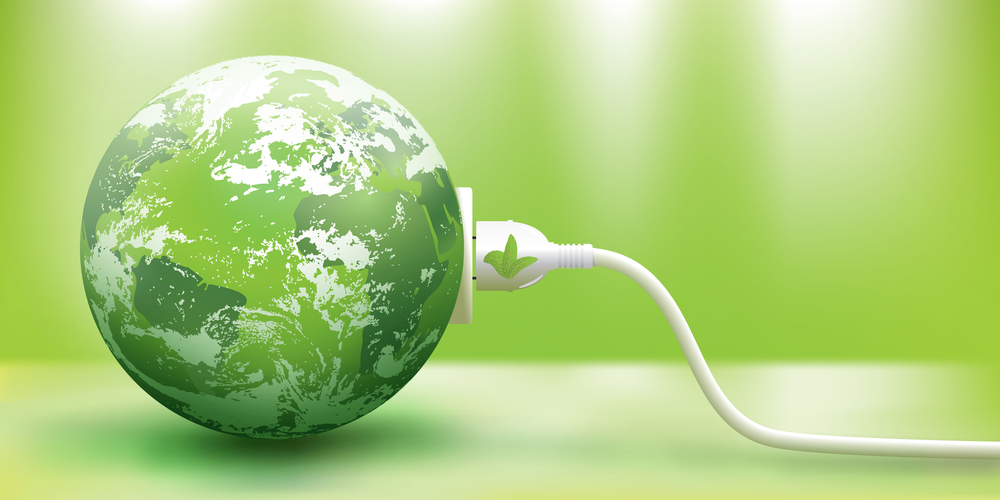 To environmental activist Bill McKibben, it's all about math. The planet has warmed 1 degree Celsius over the past few decades and is on track to rise another 4 to 5 before the end of the century. An increase of this magnitude is simply too much for the ecosystems we depend on to adapt to that quickly.

Much of the observed warming is due to the fossil hydrocarbons humans burn for energy and industry. McKibben predicts, whether by foresight or necessity, new sustainable energy and agricultural systems will emerge that will drastically reduce the greenhouse impact our modern lifestyle is having on the planet. These will be revolutionary not just for their "greenness", but also because they will be distributed — disrupting the monolithic control of the current large energy and food producers:

In the late 80’s when I wrote the first book about all of this, we knew trouble was coming. The basic science is not that difficult: with its molecular structure, more CO2 is gong to trap heet that would otherwise radiate back out to space. What we didn’t know was how fast that trouble was coming or really on what scale.

Unfortunately, in the quarter century since, what we’ve learned is that this is happening harder and faster than we would of thought. 25 years ago, no scientist would have thought that at this point we would have melted most of the summer sea ice in the Arctic — they would have said that’s still 50 or 75 years off. No one would have even bothered to really measuring the PH of the oceans, because we didn’t think we could substantially alter something that vast. Certainly, no one would have worried that, as we learned about a year ago, the West Larsen Antarctic ice sheet seems now to be fundamentally destabilized and beginning its slide into the southern ocean. And I think no one would of guessed the degree to which we’ve seen perturbations of the hydrological cycle, the way that water moves around the planet.

Since warm air holds more water vapor than cold, arid areas tend to get more droughts, since the water vapor wants it to evaporate into the atmosphere where it resides on average about seven days. We also get way more precipitation, often in the form of downpour. So drought flood cycles are much more pronounced. This is what happens in the early stages of climate change. So far, we’ve raised the temperature 1 degree Celsius. The same scientists who have predicted what would happen so far, tell us we’re now on track for range of 4 or 5 degrees before the century is out. If that’s true, if we let that happen, if we don’t divert course quickly, that’s a far more temperature rise than we can cope with. There's no reason to think we can have civilizations that resemble the ones were used to at those temperatures. Among other things, growing food becomes a very difficult proposition…

My guess is that we’re going to see a rise of distributed green energy: solar and wind being the best examples. But that's going to result in interesting effects in all kinds of ways. Such a new energy system won’t be as dependent as the one we have today, and there are people in those places who happen to sit on top of coal, and oil, and gas.  This will be a different world; one in which we can meet most of our needs for energy close to home.

And you can see, some of the same things are starting to happen with food as the rise of the local food movement in the last 20 years. You know, the energy future we’re hoping for, I think, is a kind of farmer’s market in electrons: millions of solar rooftops connected to each other in a grid, for instance. And for that, we have that right here on the Internet that we’re using to talk to each other. Thirty years ago, the information system looked a lot like the energy system does now. A few big providers pushing stuff out at us who just had to kind of take it. The same way the a few big power plants now. But that’s not how our information system works anymore, we’re all both producers and consumers. And it shouldn’t be how our energy system works either.

Click the play button below to listen to Chris' interview with Bill McKibben (31m:48s)