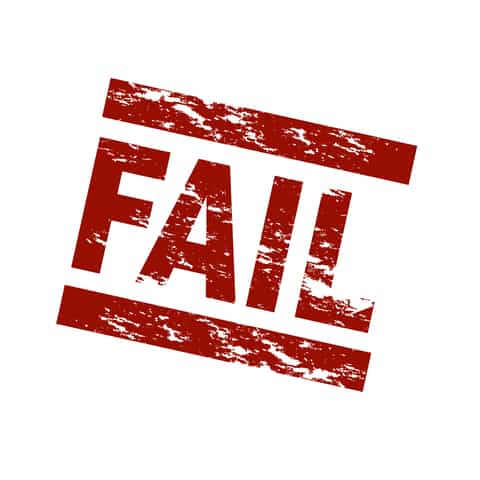 A Short Lesson in Bad Decision-Making

A Short Lesson in Bad Decision-Making

In business school I had to take an introductory class in statistics that we colloquially called "D&D." The official course name was Data & Decision-making.

In retrospect, it was a truly valuable class (one of very few I encountered in b-school). If you can figure out how to use statistics to determine the most probable outcome from a set of scenarios, or find predictive correlations from within a sea of data, that's real power. You can take a lot of the guesswork out of decision-making and consequently make the "right" call much more often.

I performed miserably in this class. But I had a lot of company; it was perennially voted the hardest in the school's core curriculum.

While I sometimes fantasize (masochistically) about taking the class again to master the black magic of statistics, I realize that I did learn a valuable lesson: Humans are innately poor at estimating probability.

This was proved to me time and again throughout that course, starting on the very first day.

A gifted young professor taught D&D. I was 27 at the time, and he was only a year or two older than I. Wicked smart guy.

Given his age, he had a few things to prove to us on that first day of class. He wanted to demonstrate he was a little more fun and hip than the stuffy older profs who taught our other courses. He also intended to show that even though he was the same age as us, his was the Alpha cerebrum in the room.

So as we took our seats for the first time, he asked: "Who wants to bet me $5 that two folks in this room have the same birthday?"

We all looked at each other. There were about 65 students, plus the prof. We were all thinking: "365 days in a year. Only 66 people. Those odds don't seem so bad…"

A hand went up, taking the bet. The prof asked the folks in the back row to start shouting out what their birthday was, one at a time. We got about 6 people in before someone in the middle of the room said, "That's my birthday, too." A $5 bill was passed up to the teacher.

"Anyone willing to bet me again?" he asked.

Another hand went up, figuring the odds just got much better as the "fluke" overlap had been removed.

The exercise repeated. It only took a few more shoutouts to hit another shared birthday. Another $5 was handed over.

"Anyone else?" said the professor.

Another brave student made the bet and lost his $5.

This time we students were much more tentative. But after a while I shot my hand up. "What the heck," I figured. "He's got to be running out of luck."

Wrong. I lost my $5 in about ten seconds.

What I later learned was that the professor was making an exceptionally safe bet that only appeared risky because we students were grossly misjudging his probability of being wrong.

In fact, as long as there were 57 students left, the prof's chances of winning the bet were over 99%(!). The odds would continue to be overwhelmingly in his favor all the way down to 23 people, at which point they would be 50/50.

It turns out this is a classic probability exercise known as The Birthday Problem. And it apparently has kept the beer funds of statistics professors well-capitalized for ages.

The lesson I took from the experience is this: Probability estimation is non-intuitive. If you need to make an important decision about the odds of something occurring, don't go with your gut. It will be often wrong (sometimes wildly so). Get data, crunch the numbers, and consult a professional if you can't figure things out on your own.

This caution with regard to decision-making has served me well over my career. I've lost count of the number of times I began with a strongly-felt guesstimate that was torn to shreds by the time I did the math and learned how far reality was from my gut instinct.

And what worries me – scares me, is more accurate – is that I don't observe this same caution in the actions of the people making the truly big decisions. Like the Fed, Congress, and many of our state governors. Instead, I see people – many of whom don't have strong empirical skills or practical business experience – making rash decisions about debt, deficits, taxes, money supply, interest rates, pensions, etc. that will have implications on a staggering order of magnitude. I myself can't wrap my brain fully around some of these (classic example: The Crash Course Chapter 11: How Much Is a Trillion?). And even though I'm by no means the smartest guy in the room, I have little confidence that a career politician is able to comprehend these gargantuan repercussions at a materially higher level than I can.

Sure, it's easy if you're an elected official to simply print more money. Or run trillion-dollar deficits. Or raise taxes instead of cutting spending. Or mint the coin. Or burn more oil. But these are not short-lived decisions. Their implications will manifest over generations.

And as the system becomes more unstable, the gut decisions will come faster and more furiously, made by those with the most hubris.

If only it were $5 of beer money that was on the line, instead of our global standard of living.