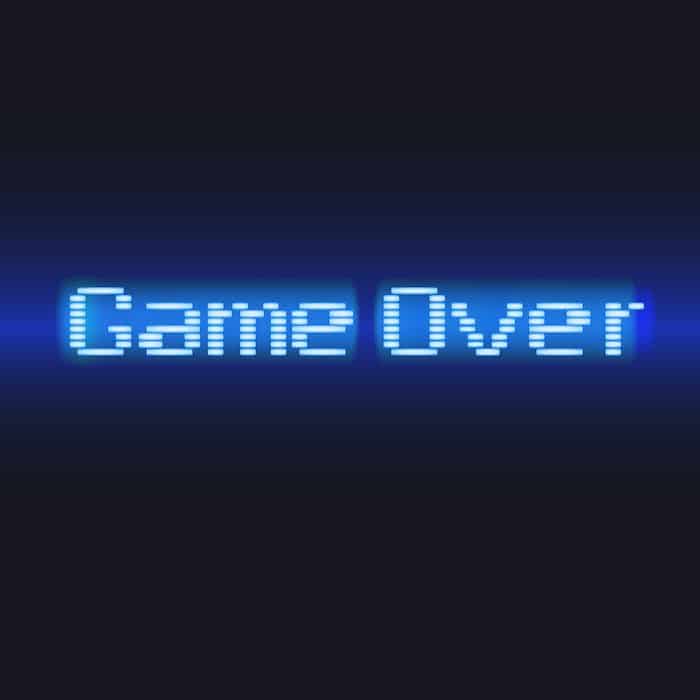 Let me be blunt; we are all in big danger right now.

The reasons are many, but they share one cause – too many people in positions of power believe in false things. They are quite convinced their narratives are real and true, I’ll grant them that, but they are deluded in their thinking.

Somehow vaccines became a matter of belief for many people. I was always skeptical having seen too much from the pharma companies and even having worked at Pfizer for nearly three years as a fresh PhD and MBA graduate.

I know that one cannot short-cycle the safety studies without risk. I then weighed the risk of Covid for people under the age of 60 and in good health, who knew the benefits of proper terrain boosting and had access to early treatments, and decided that their 99.98% survival rate was good enough for me to wait a bit on the vaccines to see how things went.

I also intensively poured over the data on vaccine efficacy and soon noted that the vaccines wore off rather quickly consigning their advocates to an endless cycle of boosters with unknown and unknowable risks to their immune system functions.

As I waited a bit longer, more and more safety data began to pour in showing that for an unacceptably high proportion of people, the vaccines were extremely unsafe and even deadly. While that might “only” be 1/100 or 1/200, the impacts were horrifying. Clots, embolisms, strokes, myocarditis, heart attacks, spontaneous abortions, neurological damage, menstrual cycle disruptions…the list was ominously long. 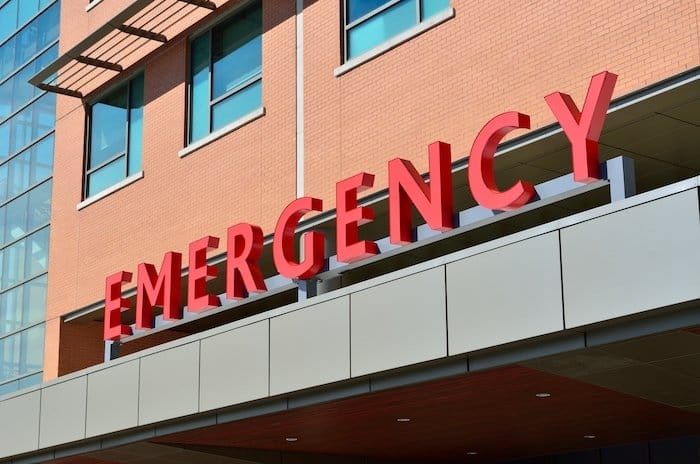 According to all of my well-heeled doctor friends who treated Covid in their practices with early treatments, Covid seemed to be a rather pedestrian illness with abundant and easy remedies.

But the keepers of the narrative were adamant – no early treatments for you! They wanted vaccines and only vaccines. They wanted masks despite lacking any data that face masks as worn by regular people in their regular lives did any good at all. They wanted vaccine passports and penalties, and for people to lose their jobs and livelihoods if they didn’t comply.

These technocratic authoritarians also wanted no liability for the pharma companies or themselves, or the government, for any ills that might have resulted from jabs or lockdown policies. In other words, they wanted power, they wanted to conduct experiments and they didn’t want any of the responsibilities or consequences from exercising or conducting those activities.

Now, we know that the consequences were steep. The lockdowns cost more lives than they saved once you factored in all the harms. All-cause mortality was higher in 2021 with the vaccines + policies than they were even in 2020 itself. Hundreds of thousands of small businesses shuttered their doors forever. Amazon and McDonalds and Target and Walmart scooped up all the business traffic from the smaller failures.

More terribly, hundreds of thousands of people, I am convinced, died needlessly as Fauci, Walensky, and the FDA all conspired to block early treatments that were used effectively by so many doctors and even entire countries. The evidence that these treatments work and work well has been staring every one of us in the face for nearly two years.

Worst of all, if that’s even possible, it’s also abundantly clear that dozens of named players in the US and global virology community conspired to hide the lab origin, and their role in its creation, from the world. You’d think, if anything, everyone would be more upset with these folks and their role in creating and then perpetuating and sustaining the Covid-debacle than they would be with, oh, say, Joe Rogan the podcaster.

But, nope. More people are more visibly upset with Rogan than with Fauci. But that’s not my main point. It’s a side point.

My main point is that the Covid debacle was a mishmash of false narratives, misaligned incentives, and a completely defective media apparatus that was unable to do anything more than parrot the obvious lies of the power centers.

In other words, it wasn’t the Covid that was the problem, but having the wrong people in power and allowing them to foist some clearly wrong and defective narratives upon us all. 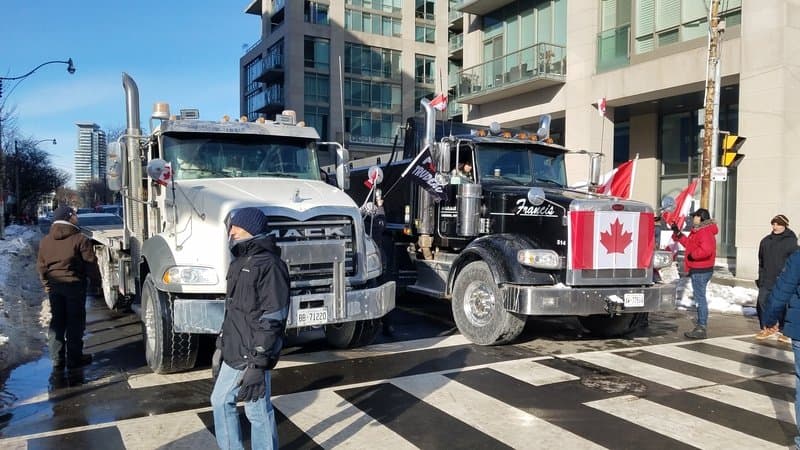 Now the Canadian people, led by their truckers, have finally popped the lid on some long-simmering, working-class, common-folk grievances. And it’s about time!

Just so you know where my sympathies lie, I am 100% in support of the truckers, the people, and wish for nothing less than for their actions to help sweep aside every single defective and broken public “servant” who has been bungling their role these past few years.

In fact, if you gave me the chance, I’d install the truckers in every position of power at the CDC, FDA, DOE, HUD, CIA, and all throughout the judiciary. That they know nothing of what those roles require would be a blessing. They’d figure it out in time and do a lot less damage than the current administrators along the way.

The reason I hold this view, which may seem reckless, is because I know how many other failed narratives are in play right now. Covid didn’t break the healthcare system, it merely revealed how broken it was all along. Covid didn’t push Fauci past his limits to where he was an ineffective boob, it merely revealed the extent to which this horrible excuse for a human being had been running scams and rackets the entire time. Don’t believe me?  Then read The Real Anthony Fauci by RFK, Jr. and get back to me.

So what other false narratives are lurking, ready to pounce with even greater cruelty that Covid?

There are so many I might as well begin here. The US Federal Reserve has utterly destroyed markets to the point they really only serve now as conduits for freshly printed funny-money to be shoveled straight into billionaire portfolios.

Or even their own pockets, as the grubby actions of the Fed Chairman Jay Powel have revealed. He was actively “front running” Fed meetings, placing his own private money in play in ways that he knew were the slam dunks were for gains. So did many of his key lieutenants.

Make no mistake. The Federal Reserve decided to print money to make the rich richer and they didn’t care at all about inflation or social friction, let alone anything that might look reasonable, fair or just. They had bought so deeply into the false “rich = good” narrative that they saw nothing wrong with rewarding the rich. At everyone else’s expense.

So, if the truckers want to protest against those practices, and against the Fed shoveling money to BlackRock and other private equity parasites so those firms can buy up all the housing stock (to rent back to everyone for huge returns), then I support that too.

Equally concerning is the fact that there are deluded neocons infesting all sorts of agencies and news desks agitating for the U.S. and Europe to get into a war with Russia over Ukraine. Their false narrative goes like this, “we’re really powerful and Russia is kind of weak, and we haven’t really suffered any consequences from a war and so we don’t believe we personally will, and war is very popular with the military contractors, so let’s do this. What could go wrong?” 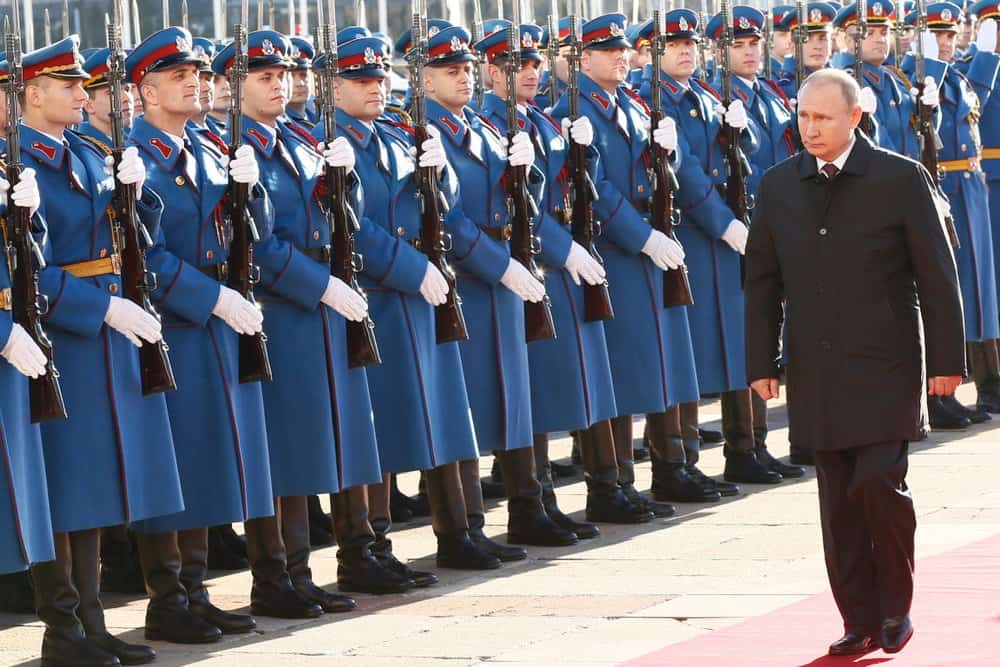 What could go wrong? Everything. Very bad things. But the neocons haven’t had to suffer any consequences – not one of them lost a job over the disastrous Iraq War II – and they are full of hubris and themselves. The possibility of a very bad outcome here is actually quite high. If you haven’t seen the video of Putin looking exasperated and reminding the NATO neocons that Russia might be outmatched, but it has nukes, you really should. Watch his face and read his emotional tone. He is a man making a final warning. The neocons don’t care. After all, it’s never them or their sons and daughters who die in their unnecessary wars.

We are facing an epochal period of brinksmanship, only there’s no JFK anywhere on the political horizon.

The tie between the neocons and the CDC? They are both stocked to the gills with lackies and true believers and nobody in their respective organizations has any agency to hold up a finger and say, “hang on, I’ve got a quite different thought here.”

Watch how Justin Trudeau has zero ability to see a vast swath of his fellow Canadians as anything other than reprehensible misogynists, racists, insurrectionists, and even terrorists.

Ditto for far too many in major positions of influence all throughout political offices, government agencies, universities, newsrooms and corporate offices. These keepers of the status quo are completely unable to see just how far off course we’ve drifted. They have no serious plans for the future, and care not for the ultimate consequences of their actions or inactions.

We are facing an epochal period of brinksmanship, only there’s no JFK anywhere on the political horizon. We are facing huge predicaments in our supply chains, oil shortages, insect apocalypses, environmental toxins, possible wars on several fronts, a vital lack of investment and ruined universities no longer training minds but closing them down.

If you thought Covid was a debacle, just wait until you see these next acts spill their cargo across the stage of life.

I am so concerned that I am issuing an ALERT for my subscribers. As is typical, I have lots of data, but none of it enough to justify my level of alarm. This is what I do best – gather huge amounts of information, but then come to a conclusion about it before that can be fully justified with data.

My threshold for an ALERT is “a collection of facts and/or events that combine to lead Evie and myself to take new and concrete actions as a result.”

I’ll tell you more of what I’m thinking and doing in Part 2.  Link to part II – click here.