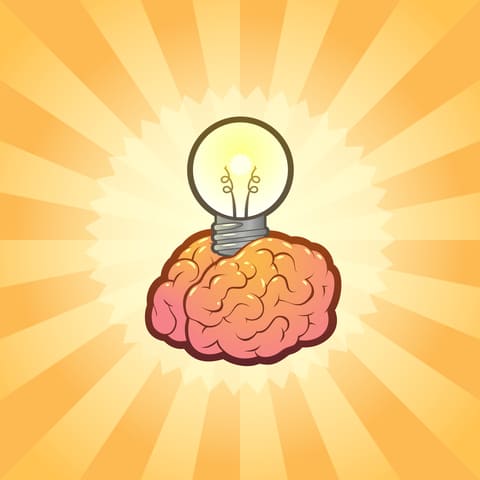 In 1993, management guru Peter Drucker published a short book entitled Post-Capitalist Society.  Despite the fact that the Internet was still in its pre-browser infancy, Drucker identified that developed-world economies were entering a new knowledge-based era– as opposed to the preceding industrial-based era, which represented just as big a leap from the agrarian-based one it had superseded.

Drucker used the term post-capitalist not to suggest the emergence of a new “ism” beyond the free market, but to describe a new economic order that was no longer defined by the adversarial classes of labor and the owners of capital. Now that knowledge has trumped financial capital and labor alike, the new classes are knowledge workers and service workers.

As for the role of capital, Drucker wryly points out that by Marx’s definition of socialist paradise – that the workers owned the means of production (in the 19th century, that meant mines, factories and tools) – America is a workers’ paradise, because a significant percentage of stocks and bonds were owned by pension funds indirectly owned by the workers.

In the two decades since 1993, privately owned and managed 401K retirement funds have added to the pool of worker-owned financial capital.

Drucker’s main point is that the role of finance and capital is not the same in a knowledge economy as it was in a capital-intensive industrial economy that needed massive sums of bank credit to expand production.

How much bank financing did Apple, Oracle, Microsoft, or Google require to expand?  Investment banks reaped huge profits in taking these fast-growing knowledge companies public, but these tech companies’ need for financial capital was met with relatively modest venture-capital investments raised from pools of individuals.

That the dominant knowledge-based corporations had little need for bank capital illustrates the diminished role for finance capital in a knowledge economy.  (This also explains the explosive rise in the 1990s and 2000s of financialization; i.e., excessive debt, risk, leverage, and moral hazard.  Commercial and investment banks needed new profit sources to exploit, as traditional commercial lending was no longer profitable enough.)

In a knowledge economy, the primary asset – knowledge – is “owned” by the worker and cannot be taken from him/her.  Knowledge is a form of mobile human capital.

In Drucker’s view, knowledge, not industry or finance, is now the dominant basis of wealth creation, and this transformation requires new social structures.  The old industrial-era worldview of “labor versus capital” no longer describes the key social relations or realities of the knowledge economy.

The transition from the industrial economy to the knowledge economy is the modern-day equivalent of the Industrial Revolution, which transformed an agrarian social order to an industrial one of factories, workers, and large-scale concentrations of capital and wealth.  These major transitions are disruptive and unpredictable, as the existing social and financial orders are replaced by new, rapidly evolving arrangements.  As Drucker put it, the person coming of age at the end of the transitional period cannot imagine the life led by his/her grandparents – the dominant social organizations that everyone previously took for granted have changed.

Following in the footsteps of historian Fernand Braudel, Drucker identifies four key transitions in the global economy:  in the 1300s, from a feudal, agrarian economy to modern capitalism and the nation-state; in the late 1700s and 1800s, the Industrial Revolution of steam power and factories; in the 20th century, a Productivity Revolution as management of work and processes boosted the productivity of labor, transforming the proletariat class into the middle class; and since the 1990s, the emergence of the Knowledge Economy.

In Drucker’s analysis, these fast-spreading economic revolutions trigger equally profound political and social dynamics. The dominant social structures that we take for granted – labor and capital, and the nation-state – are not immutable; rather, they are the modern-day equivalent of the late-1200s feudal society that seemed permanent to those who had known nothing else but that was already being dismantled and replaced by the Renaissance-era development of modern capitalism.

From this perspective, the nation-state is no longer indispensable to the knowledge economy, and as a result, Drucker foresaw the emergence of new social structures would arise and co-exist with the nation-state.

Drucker summed up the difference between what many term a post-industrial economy and what he calls a knowledge economy this way: “That knowledge has become the resource rather than a resource is what makes our society 'post-capitalist.’  This fact changes – fundamentally – the structure of society.  The means of production is and will be knowledge.”

As we might expect from an author who spent his career studying management, Drucker sees the Management Revolution that began around 1950 as a key dynamic in the knowledge economy.  The lessons in management learned from the unprecedented expansion of U.S. production in World War II were codified and applied to post-war industry, most famously in Japan.

This is the third phase of knowledge being applied to production.  In the Industrial Revolution, knowledge was applied to tools and products.  In the second phase, knowledge was applied to work flow and processes, enabling the Productivity Revolution that greatly boosted workers’ productivity and wages.  The third phase is the application of knowledge to knowledge itself, or what Drucker terms the Management Revolution, which has seen the emergence and dominance of a professional managerial class, not just in the private sector but in the non-profit and government sectors.

The nature of knowledge has changed, in Drucker’s analysis, from a luxury that afforded the Elite opportunities for self-development, to applied knowledge.  In the present era, the conventional liberal-arts university education produces generalists; i.e., a class of educated people.  In terms of generating results in the world outside the person, knowledge must be effectively organized into specialized disciplines that incorporate methodologies that can be taught and applied across a spectrum of people and tasks.

Drucker characterizes this as the movement from knowledge (generalized) to knowledges (applied, specialized).  Organizations can then focus this methodical knowledge on accomplishing a specific, defined task or mission.

Though it may seem incredulous to us, Drucker observes that the current meaning of “organization” was not listed in the authoritative Oxford dictionary of 1950. While social groups and organizations have existed for as long as humanity itself, Drucker distinguishes between the traditional “conserving institutions” of family, community, and society, and the destabilizing post-capitalist “society of organizations” that is adapted for constant change.

Organizations require management, and in the knowledge economy, that means managing change and helping the organization learn how to innovate.  Innovation can no longer be left to chance; it must be organized as a systematic process.

Without a systematic process of constant innovation, organizations will become obsolete.

Drucker takes this process of innovation one step further and concludes that this requires decentralization, as this is the only means to reach decisions quickly based on performance, and proximity to markets, technology, and the environment.

Though he doesn’t state it directly, this means that the highly centralized sectors of the economy, from finance to government, will be disrupted by a rapidly evolving, decentralized “society of organizations.”

What Work Will Be In Demand (and What Won't) in the Future?

So if this is the nature of the new economy, what type of worker will be most in demand?

Will your current industry, job, or skill set be as relevant? Are there steps you can start taking now to defend or increase your future market value?

In Part II: Positioning Yourself to Prosper in the Post-Capitalist Economy, we examine what impact these transformational forces will have on us as individuals, households, and communities, and how we can best prepare for the fast-evolving knowledge economy.

The global economy has only experienced three major transformations in the past 1,000 years, and arguably, we are living through the fourth. Those who understand the nature of this transition and position themselves intelligently will be disproportionately better off – a topic covered fully in my earlier report on The Future of Work.