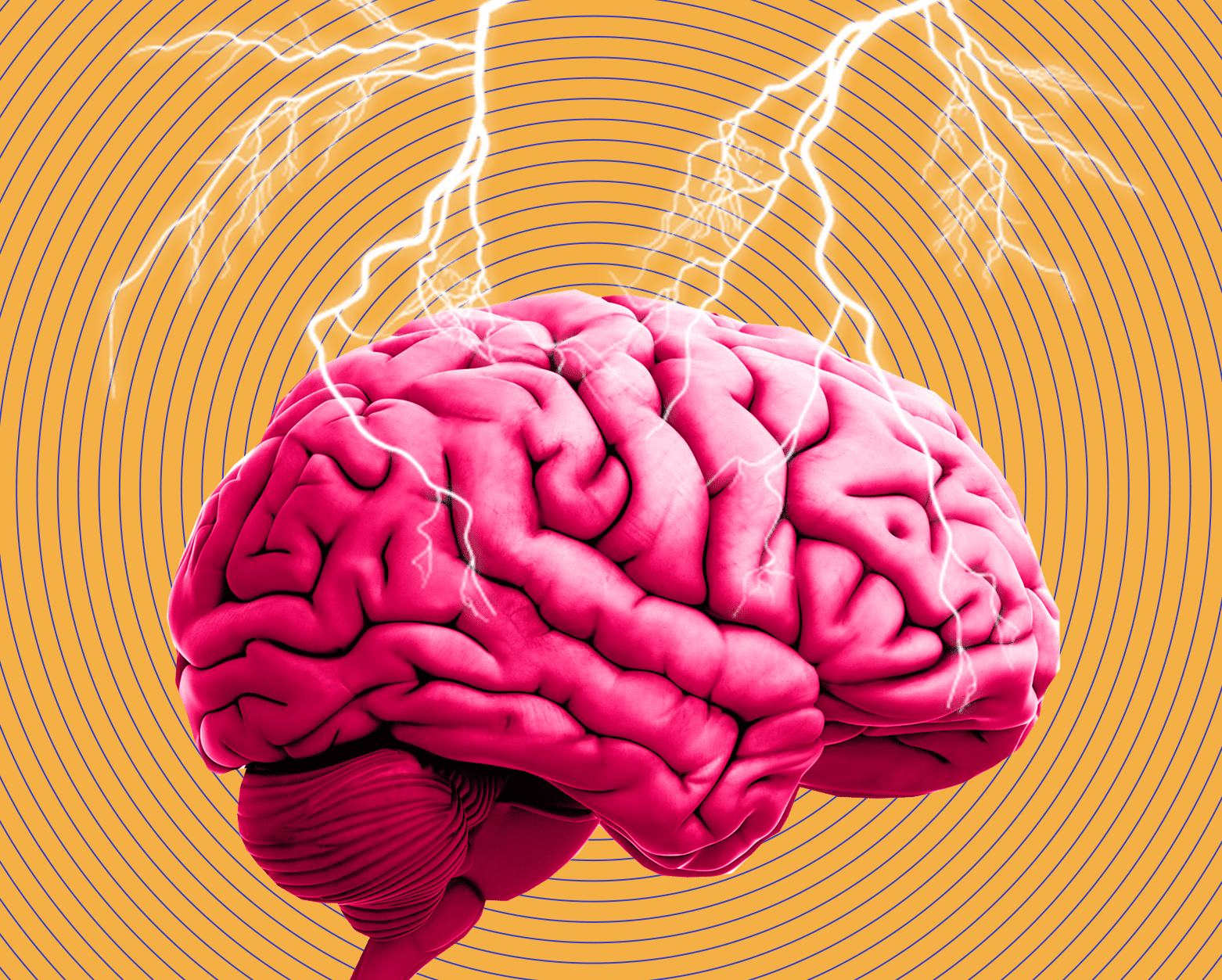 One of the most-watched documentaries on Netflix right now is The Social Dilemma, an exposé of how Big Tech is manipulating our thinking and behavior in ways both grand and minute. And most of the time, we’re completely oblivious to it.

These companies prey upon the weaknesses in our cerebral programming; using our anxieties, our hopes, and our brain’s craving for dopamine to shepherd us into performing actions desired by their advertisers — whether it’s consuming certain content, buying certain products, or voting a certain way.

This is a massive social issue that we’re only beginning to become aware of as a society. How much more control do these companies wield over our thoughts and behavior than we currently realize? How much is acceptable? How do we protect ourselves going forward?

Addressing and attempting to “unwire” ourselves from their programming efforts won’t be easy — as any parent who has tried to wean their child off of social media for even a few days (or hours!) already knows.

But as big of an issue as this is, it’s not new, nor is it limited to the Tech sector. Marketers and politicians have been intentionally exploiting our evolutionary wiring for decades, in order to influence us to do their bidding.

The Psychology Of Persuasion

One of the best books explaining the psychology behind this manipulation is Influence: The Psychology Of Persuasion by Robert Cialdini.

It’s a remarkable book. I highly recommend everyone read it in order to understand the vast minefield of psychological traps being set for us on a daily basis.

Cialdini begins the book by revealing how all animal species, humans included, have evolved stereotypical behavioral “shortcuts” to certain stimuli. We’ve done so because life is (increasingly) complex, and these standardized responses convey an evolutionary advantage.

At least they used to.

Cialdini refers to these fixed-action patterns as the click, whirr effect. When they’re triggered, it’s as if a button has been pressed in our brains (click!) that then causes us, robot-like, to perform a standard sequence of behaviors (whirrr!).

That kind of pre-programmed automatic response served our hunter-gatherer ancestors well. Those with a strong click, whirr response to predators survived at a higher rate than those without.

But especially in today’s modern world, far from the African savannas early humans evolved upon, many of these fixed-action patterns don’t convey the same advantages. In fact, they can be exploited against us.

The Turkey And The Polecat

A good non-human example of this is a study conducted by animal behavioralist M.W. Fox in the 1970s.

Mother turkeys have a very strong click, whirr response to polecats. A polecat is a type of weasel, who loves eating turkey chicks. So when a mother turkey sees a polecat, even a stuffed one held by a researcher, she flies into a berserker rage, doing her utmost to claw and peck the intruder to death.

But a mother turkey also has a strong click, whirr response to the “cheep, cheep” sound her chicks make. When she hears it, she goes into nurture mode: feeding, tending, warming and cleaning them.

It is so strong, in fact, that it overpowers her programming against the polecat predator. As mentioned, when a stuffed polecat is placed in sight, she will attack it viscously instantly. BUT, if a recorder is placed inside the stuffed polecat that reproduces the “cheep, cheep” of a chick, the mother turkey will completely change her behavior. Instead of attacking, she will start nurturing the polecat; huddling it alongside her chicks and trying to feed and clean it.

Her natural pre-programmed defense against the polecat has been hacked. And she now acts in its best interest, not her own.

Sure, you might be thinking, that’s a turkey. I’m a heck of a lot smarter than a dumb bird. Nobody can hoodwink me like that.

Humans have just as many of these fixed-action patterns (if not more due our social complexity) baked into our cerebral wiring.

In fact, Cialdini thinks we may be even more vulnerable than the turkey because our species lives in arguably the most rapidly moving and complex environment that has ever existed on the planet. We need these “shortcuts” more than ever to persevere through the complexity.

And here’s the danger: just like M.W. Fox discovered he could override the turkey’s decision-making, policymakers and marketers have mastered the science of hijacking ours.

There is a litany of fixed-action responses baked into the human mind. That’s the basis of Cialdini’s book. He details out what they are, along with this warning: Those seeking power and profit will exploit our ignorance of these triggers against us.

A widely-held mental shortcut is that “expensive = good”. And our daily experience generally reinforces this belief.

Cialdini cites an unintentional experiment where a jeweler became frustrated trying to move some of her excess turquoise inventory during the height of tourist season. She had tried merchandizing it prominently in the highest-trafficked place in the store and incentivizing her staff to push the product. But nothing was working.

In defeat, as she was heading out for a brief business trip, she left a note to her store manager instructing that the price be dropped by half.

Upon returning a few days later, she was pleasantly shocked to learn that all of the turquoise had been sold.

But even more shocking was the discovery that her instructions had been mistakenly misinterpreted. Instead of cutting the price of the turquoise in half, her store manager had doubled it.

The customers, seeing a notably higher price for the jewelry, simply concluded that it must be more valuable. And therefore more desirable. Enough to influence them to pull out their wallets and buy it.

While unintentional in this example, Cialdini rattles off numerous instances where this “expensive = good” click, whirr response (and endless variations on it) are explicitly used by retailers to dupe us into making purchases we otherwise wouldn’t under normal circumstances.

The Power Of ‘Because’

When someone requests a favor of us, we’re much more likely to comply if they provide a reason why they’re asking.

Interestingly, it’s not the validity of the reason that matters. Only the simple fact that it’s offered does.

We’re pretty much willing to rationalize ANY reason to explain our willingness to comply.

Cialdini refers to a study that illustrates this nicely using a copy machine.

When there’s a line at the machine, someone cutting to the front and asking “Excuse me, I have five pages. May I use the copier because I’m in a rush?” experiences a 94% success rate. Almost everyone will allow them to cut ahead.

However, when “because I’m in a rush” is dropped from the excuse, the success rate drops to only 60%. Without an offered reason, fewer people are willing to give up their priority in line.

Now here’s where it gets interesting. Pretty much ANY reason will suffice, no matter how weak or irrelevant.

When the script is changed to “Excuse me, I have five pages. May I use the copier because I have to make some copies?”, the success rate jumps back up to 93%.

It turns out that the word “because…” sets off a powerful click, whirr fixed-action response for humans. It’s a mental shortcut that tells us “I should do what this person asks because they have a good reason”.

Wonder why food retailers tell us to buy their product “because it’s fortified with essential vitamins and minerals”? Or why cosmetics giant L’Oreal’s brand slogan is “Because you’re worth it”? Or why politicians tell us embrace a new policy of theirs “because it’s the right thing to do”?

They’re intentionally pressing the click, whirr button of their target audience in attempt to get as many people as they can to act in the way they want them to.

How many times each and every day is your button being pressed by external actors? How many times are they successful in influencing your thoughts or behavior?

And how sure are you of your answer? By definition we’re usually unconscious of these fixed-action patterns, rationalizing our behavior after the fact.

In today’s society — where corporate cartels control nearly every business sector, where 90% of media outlets are owned by six companies, where powerful special interests fund and control our political parties, where Big Data and social media collect & commercialize our personal information — we are subject to the highest degree of the most-sophisticated psychological manipulation in the history of any species.

To avoid becoming unwitting victims, it’s essential that we first understand the hacks being used against us so that we can recognize them and take steps de-fuse their power over us.

This won’t be easy.

Today’s manipulation has been honed over decades and leverages the latest science and technology. It’s specifically designed to appeal to our emotions, accentuate our fears and inflame our desires. It’s often wrapped in a false morality intended to make us believe resisting it is unethical.

Take the Great Reset which the world powers (World Economic Forum, IMF, etc) are advocating so forcefully for right now. It recommends a very specific set of actions for countries to start imposing onto their citizens, presented under the noble cause of securing a sustainable future for the planet.

How much of what the Great Reset recommends is actually necessary and in our best interest? And how much serves the selfish interests of those powers promoting it?

We can’t tackle these important questions if we simply allow our click, whirr buttons to force us to robotically comply when pressed.

We need to recognize and resist the mental manipulation. And only then evaluate the situation and decide our course of action.

In Part 2: Avoiding 5 Of The Most Powerful Psychological Manipulations we reveal a host of the most influential psychological hacks — including the powers of the contrast principle, the reciprocity principle, projected authority, commitment & consistency, and social proof — being used against us.

As they say, forewarned is forearmed. By learning the science underlying these manipulations, we learn how to defend against and de-fuse their power over us.