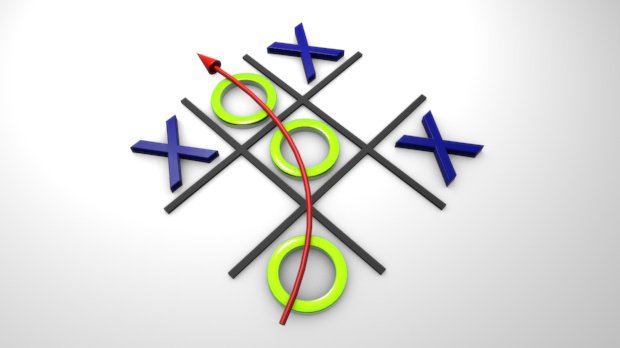 Upon The Next Crisis, The Rules Will Suddenly Change

Upon The Next Crisis, The Rules Will Suddenly Change

We can add a third certainty to the two standard ones (death and taxes): The rules will suddenly change when a financial crisis strikes.

Why is this a certainty? The answer is complex, as it draws on human nature, politics and the structure of societies/economies ruled by centralized states (governments).

The Core Imperative of the State: Expand Control

As I explain in my book, Resistance, Revolution, Liberation, the core (i.e. ontological) imperative of every central state is to expand its reach and control.  This isn’t just the result of individuals within the state seeking more power; every centralized state views whatever is outside its control as a threat.  The way to reduce or neutralize a threat is to take control of the mechanisms that generated it.

There is of course an intensely self-serving dynamic to extending state control: those being paid to enforce this state control have an immense vested interest in the state retaining (or even extending) this control, as their livelihoods now depend on the state doing so.

The higher-ups in the state also have a vested interest in retaining these new controls, as more control means more wealth and power accrue to those at the top of the centralized power pyramid: this extension of state control means private enterprise must now lobby the state for favors, and it gives the higher-ups more perquisites and favors to dispense—for a price, of course.

This vested interest arises throughout the power pyramid, from the bottom functionary with newfound power over common citizens to the managers of the departmental bureaucracy tasked with enforcing the new control to the apex of state authority.

This hierarchy of state power creates another threat to the central state; the corralling of state power by fiefdoms within the state itself.  In other words, fiefdoms can become semi-autonomous agencies that are only nominally under the control of central authority.  The answer is of course additional layers of oversight, compliance, investigation and enforcement within the state itself.

Though modern states always claim to serve the common citizenry, in reality the state serves the wealth/power elites who need state complicity to maintain their wealth/power.  These power elites function as the modern-day equivalent of aristocracy: everyone is equal, but some or more equal than others, to use Orwell’s timeless phrase.

Tax collection is a good example. The corporate/financier power elite have access to complex tax avoidance schemes that are unavailable to commoners, who have few tax reduction tools.  The judicial system is another: power elites can play the system via high-cost attorneys while commoners are left to plea-bargain a reduced sentence, even when they are innocent.

When crises arise, the state first protects its own authority and control. Its second priority is securing the wealth and power of the elite.

Human nature being what it is, there are two motivations for state authorities to expand their reach and control.  Some of those with state authority feel it is their prerogative (or even their responsibility) to expand state control to protect the commoners who are likely to suffer should a crisis erupt. This do-good impulse may be genuine in some, but by and large it is not compassion that dominates decision-making but the dynamic of a central state having so much power in the first place: you have the power, so do something to save us from the consequences of crisis.

In other words, once power is concentrated in the hands of a few, those few are responsible for handling crises that would have otherwise fallen on a decentralized system with many levels of response.

Then there is the Machiavellian impulse to use crisis as the cover for a power-grab, a dynamic encapsulated in the phrase, never let a good crisis go to waste. This dynamic doesn’t have to be passive; power elites don’t have to wait for a crisis, they can engineer one by exploiting their control of state and private-sector mechanisms.  This process of engineering a crisis can be policy-driven (as described in Naomi Klein’s book The Shock Doctrine) or propaganda-driven (the sinking of the battleship Maine, Nazi Germany’s Lebensraum, etc.).

Though many call an expansive state The Nanny State, I prefer the term The Savior State, as the state claims its expanding powers under the guise of saving us from a variety of threats—including those that arise from the socio-economic system the state oversees. In other words, The Savior State’s guiding ideology is to save us from ourselves.

If the state deems it risky for children under the age of ten to play outside unattended, the state’s solution is to treat the parents/guardians as criminals.

Each extension of control creates new layers of vested interests—more functionaries who gain not from solving problems but insuring they fester into the future as a form of guaranteed employment, and more opportunities to dispense favors in the informal two-tier system of powerless commoners and influential elites.

Given these crisis management priorities, their first response is to extend their authority by whatever means are necessary.  Once these new powers are in hand, the state deploys them to limit the threat posed to the power elites and the structure that supports state and elite wealth/power.

In a centralized power structure, this crisis management manifests as change the rules without warning to increase the reach and power of the state.  The justification is something along the lines of these emergency powers are needed to protect the nation—powers that all too often become permanent, as powers once taken are rarely relinquished for all the reasons outlined above.

While the rule changes are presented as both necessary and well-planned, in actuality the process is one of political expediency:  a hurried rush to do whatever limits the risks to the power elites’ wealth and power before opposition can be organized, and to cloak the power-grab in the usual Savior State garb: we are acting to save the system that benefits you.

But this expediency comes back to haunt both the state and the power elites, as expedient power grabs designed to protect the state and elites do not actually address the dynamics that spawned the crisis in the first place. Rather, they exacerbate the problem by introducing self-serving fixes that paper over the problem as a quick-and-dirty way of protecting the power and wealth of the state and private-sector elites.

These fixes end up crippling the mechanisms that are needed to actually solve the systemic sources of the crisis.

Financial crises are inevitable, and the state (which includes the central bank) seeks to limit the crisis by taking control of the market.  Examples include: closing the stock market, declaring a bank holiday, issuing a new currency, fixing wages and prices, and banning short selling.

In the current financial crisis that started in 2008 (and that has yet to end), central banks and states have largely avoided these outright takeovers of the market in favor of a more subtle strategy of controlling the markets while maintaining the appearance of “free markets.” 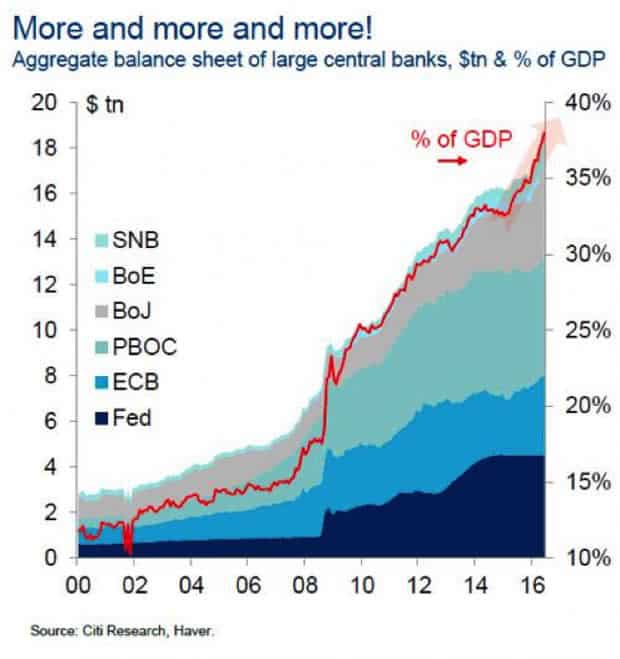 In Part 2: How To Defend Against An Unfair Re-Set Of The System, we’ll examine the ways the U.S. state and central bank have already extended control over the market—for example, via the mass purchase of assets by central banks (see accompanying chart)– and what additional controls they will likely impose as the simmering crisis erupts anew in the years ahead.

We’ll also look at what we mere commoners can do to protect ourselves from the inevitable risks and unanticipated calamities this centralized control will unleash.