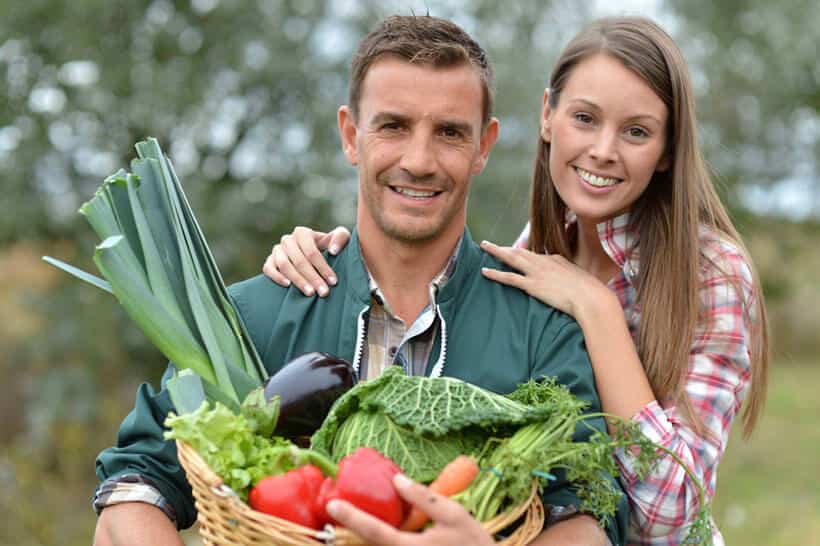 My business partner Adam and I recently met with a successful business owner whose career began on Wall Street. The kind of guy who should be rooting for the system, because it has treated him well.

Instead, he was quite nervous about the sustainability of the status quo. “Starting in August,” he said, “Maybe it was the Amazon catching fire, maybe it was the negative interest rates – I don’t know for certain what the trigger was – but something has snapped.”

I agree. Because I feel it, too.

As do so many others. And not just those who regularly read PeakProsperity.com. Increasingly, even ‘mainstream’ voices are stating to report a profound sense that something really isn’t right. That — from the economy to geopolitics to the natural world — things are swiftly worsening.

Public perception is beginning to shift from complacency to fear. Countries are fast rejecting globalization in favor of nationalization. The holes in our ecosystem — vanishing birds, insects, amphibians and fish stocks — are becoming frighteningly obvious. The threats to life as we’re accustomed to it are becoming more visible while accelerating in both magnitude and frequency.

I expounded on the danger of this in my recent report It’s the Pace of Change That Kills You. Negative developments can spark their own vicious cycle. The more components of a system that fail, the more at risk the remaining components become.

That report was published just two weeks ago. Since then the world’s largest oil refinery was attacked by hostile forces and knocked out of commission, throwing the future integrity of the global oil market into question. Scientists just announced that North America has lost 29% of its total bird population (a drop of -3 billion) in the past half century. And Houston suffered another devastating round of “500 year” flooding due to another stalled storm system dumping as much as 40 inches of rain in some spots (and as of this moment, it’s still raining there).

The pace of change is speeding up. Welcome to living in an exponential world.

Our mission at Peak Prosperity is to Create A World Worth Inheriting.  We’ve been at it for a decade and, honestly, who knows if we’ll succeed?  The odds were never really in our favor, just two guys with a website and a message. But we’re trying our hardest, regardless.

And we’re being joined by a growing chorus of scientists and thoughtful people like you who observe that despite our best efforts, the predicaments the world faces have only grown larger and more intractable.

Which is why we’ve long been so focused on promoting resilience.

As the systems we’re accustomed to begin to fail in earnest, the exact repercussions will be impossible to predict with certainty. Resilience will be the key to who perseveres (and even prospers) versus those who gets steamrolled.

We’ve done our best to serve as visible models for how to live a resilient life. We’ve ejected from the rat race, relocated our families to areas rich in community and resources, boosted our health and fitness, grown a percentage of our food, lessened our dependence on fossil fuels, and developed practical skills.

Along the way, we’ve helped thousands of people become more resilient, too.  Like us, they’ve discovered that being more resilient means being more alive, freer, in control of our destinies, and more connected to the people around us.

Personally, intimately ready for whatever might come.  At the household and local community levels and across many dimensions including financially, physically and emotionally.

When they do, lots of people get hurt.  Jobs are lost, savings plundered, homes foreclosed on, and dreams are diminished.

Well, after the Dotcom Bubble and the Housing Bubble, here we are again: now nearly a decade into the Everything Bubble. And signs abound that it’s in the process of popping.

The #1 question we’re asked is: How do I avoid becoming collateral damage?

We counsel a few things. First everyone should immediately focus on living within or beneath their financial means, as those overextended and over-indebted will be the first casualties of the next recession. Those looking for helpful tips should read our recent report on Extreme Frugality.

Developing multiple streams of income is extremely important to financial resilience. There are many ways to do this: from owning businesses, income-yielding stocks and bonds, annuities, royalties, etc — or simply renting out part of your home on Airbnb or starting an Ebay side hustle. We especially like real estate as a vehicle for passive income given the tax advantages offered. Read our Primer On Investing For Inflation-Adjusting Income and watch our video series How To Invest In Real Estate For Safety & Profit to learn more.

Next, ensure that the financial wealth you’ve accumulated doesn’t evaporate when the current asset bubbles (yes, plural) burst.  If you’re money is in “paper wealth” like stocks, bonds, 401k’s or trusts, we highly recommend that you have it managed by competent professionals who understand the key risks. If you’re having trouble finding one, consider scheduling a free portfolio review with the financial advisory firm we endorse (one of my regular personal highlights is hearing just how pleased people are with the excellent and personalized service provided by these high integrity professionals.)

And if you’ve got money sitting in a bank, like a savings account or a CD, then please do yourself a favor and explore opening a Treasury Direct account. You’ll likely find doing so will return you a (much) higher yield on your cash and safeguard it against a potential bank failure.

Sadly, in this era of unprecedented money printing and market intervention, all of us need to take some precautions around the prospect that the serial bubble blowers at the central banks don’t actually know what they’re doing.

Which is why educating yourself about what’s really happening, and why, is essential.  Unfortunately, the vast majority of the financial and economic “information” out there is actually marketing copy and propaganda efforts designed to prevent you from figuring out what’s really going on.

History has shown us that those who don’t think for themselves will pay a high price.

The DotCom Bubble decimated the portfolios of those who had “invested” in ridiculous internet schemes that were clear and obvious money losers at every stage of their brief lifetimes.

The Housing Bubble forced investors to admit in retrospect that lending hairdressers from Las Vegas enough money to accumulate 19 homes was not a good idea.

But here in bubble 3, the Everything Bubble,  we have plenty of people “investing” merrily in companies that are burning $billions annually, owning trillions upon trillions of negative yielding debt, and living in houses that are even more expensive than the 2007 housing bubble heights.

It’s so extreme that a company even put this statement right into its initial public offering (IPO) filing and still managed to find oodles of willing, excited investors:

“We have a history of net losses and we may not be able to achieve or maintain profitability in the future.”

Can you imagine?  The stock price should have been slaughtered immediately.  Instead it went up like a rocket on the opening day of trading. It has since retreated somewhat, but “the market” still values this perpetual money losing machine at more than $13 billion.

Remember the South Sea Bubble?  In 1720 in England there was such a frenzy around the the share prices of the South Sea Company that a dozens of ridiculous schemes popped up including one company that was going to make cannons that shot square cannon balls and on that even raised thousands of pounds promising this:  “For carrying-on an undertaking of great advantage but no-one to know what it is.”

It turns out that 1720 and 2020 are going to have a lot in common, mostly because bubbles are bubbles and humans are still humans.

Money is for sure important. But simply having money doesn’t mean you’re resilient.

Everybody should be actively working to make their home more resilient.  Some of the very best-returning investments you can make are in improvements like solar hot water, insulating your home, and otherwise finding ways to invest now and save later.

For those without a well-prepared homestead: a solid group of Peak Prosperity members and I are now actively exploring creating a new planned real estate community that will be optimized for resilience.

We don’t know exactly what this will look like yet, whether it will be something along the lines of an “intentional neighborhood,” people living in reasonable proximity to each other, or some a little bit bolder where each person brings a skill and we organize more fully around the idea of self-sufficiency.

It shocking how many people have reached out to me to express their interest in this project. So many folks are hungry for a better way to live.

Live Among Your Resilient Tribe

As humans, we all yearn to belong.  We all want to know that life matters, and that our own lives have meaning and purpose.

But at turbulent times like these, meaning and purpose take on additional importance.  They demand our attention.  The more out of balance things become, the more important it becomes that our efforts matter.

A while back I put out a podcast titled Living With Integrity that proved extremely popular.  Its core message was that our political, financial, corporate, and educational institutions are breaking their promises to us. Rather than serve our interests, they are constricting them.

Pharmaceutical companies started out with the aim of saving and improving lives, but now, all of the major companies are guilty of major abuses.  Some have addicted millions to opiates. Others have bankrupted patients by jacking up costs tremendously.  All to make a few more bucks for their execs.

Big Ag is similarly complicit. It uses neonicotinoid pesticides because they are cheaper and more cost effective at the expense of killing off a huge percent of our  once-vibrant insect and bird populations.  All to make a few more bucks.

Jeffrey Epstein died under unbelievable circumstances and now virtually nothing is happening on that “investigation.”  The rules of law and justice for victims are being gutted.  All to protect those in power who might be implicated were this to go to a trial.

It’s time for good people of impeccable character — like you — to recognize that the current system is neither sustainable nor worth preserving in its current low-integrity form.

Rather than deluding ourselves and squandering precious time waiting for the government to ‘”fix” things, we’re far better served taking our destiny into our own hands.

Truthfully, there’s not a lot worth preserving in the current culture of isolation and meaningless jobs.  People are hungry for more.  If you’re like Adam and me, you want your life to matter.  You want to live with purpose, integrity and happiness.

In Part 2: Resilient Relocation, I share the process for the intentional community we’re building. The detailed vision. The requirements for the property we’re hunting for. The skills, attitudes and expertise I’m looking for when (very carefully) choosing who to accept into this community. The incentives for fostering the right group dynamics and discouraging the wrong ones. The financial realities.