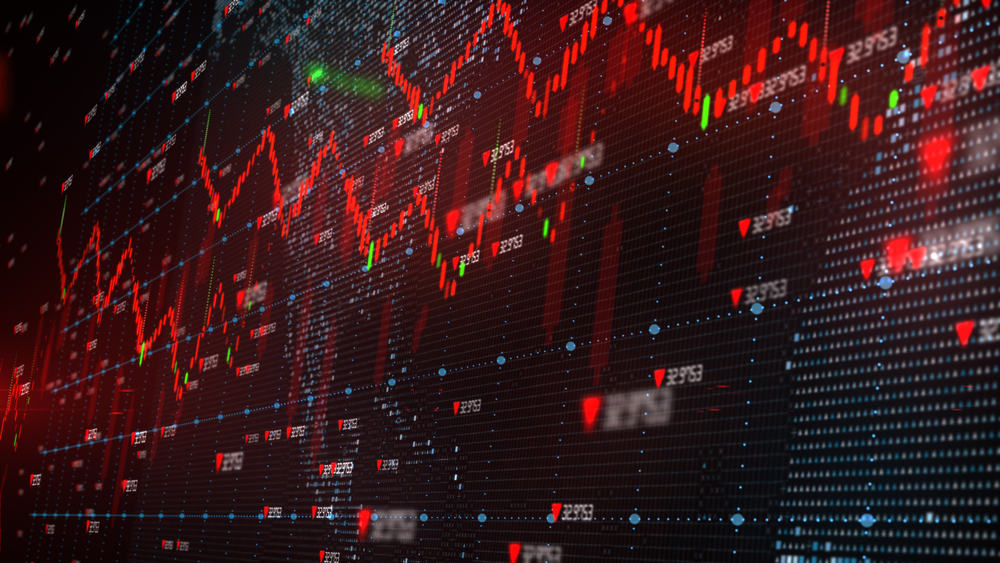 So, the reasonably big market move this week: SPX reversed its 7-week decline, and printed a strong-looking bullish reversal candle, but it was not enough to pull the skeptical forecaster back into an uptrend. The SPX move (+6.58%) came mostly on Thursday and Friday, alongside a bullish sector map (discretionary, energy, financials, and tech led).

What caused the move? All better now? Wolf (Richter) likes to say, “nothing goes to heck in a straight line.” Monthly still shows a downtrend. Could be a dead cat bounce. If Chris is right, and we have a food shortage queued up for arrival this winter, I’m going to pick “dead cat bounce.”

The alleged good news for equities: consumer spending rose +0.9% m/m (not recessionary), while the PCE (an inflation measure, with all inflation carefully removed) rose just +0.2% m/m. Supposedly this “lack of inflation” will cause the Fed to calm down. We are expected to ignore the Producer Price Index by Commodity (PPIACO), which was up (same month – April) 2% m/m, or 24% annualized. Here’s Main Stream Media’s spin:

And that pesky PPIACO data – no drop visible here – worst since Nixon:

Supporting the equity-market bullish move was a wildly strong move in crappy debt; up +4.84% on the week. While the percentage move was less than seen in equities, the move on the weekly chart looks far more dramatic. The big move higher in crappy debt started on Tuesday, with the bulk of the move happening Wednesday and Thursday. This is one of my markers for “risk on”. And/or, increased hints of a willingness by our friends at the Fed to print money and bail out the people who lent money to corporations with the highest number of corporate-debt comorbidities.

It was a big move.

The dollar continued falling for the second week in a row, but the drop wasn’t lined up in time with equities or crappy debt. The buck’s big drop (and the Euro rally) came on Monday. For the week, the buck fell -1.48%. The Euro move on Monday was likely linked to some surprising news from the European Central Bank, which hinted that (after eight long years) it might consider raising rates above 0%.

ECB President Christine Lagarde surprised market players on Monday with a blogpost stating that the central bank could increase rates in July and “be in a position to exit negative interest rates by the end of the third quarter.”

Gold/USD appeared mostly decoupled from the fuss, rising +7.16 [+0.39%] on the week. When viewed through the Euro, that was a drop of -1.03%. On the daily chart, gold/Euros just seems to be moving sideways, while the weekly showed a relatively benign-looking doji candle. In both currencies, gold remains in a modest downtrend.

I’m focusing more on gold/Euros due to most of Western Europe being at the tip of the WEF’s “No Energy For You” spear, carried out by Scapegoat of the Decade, Mr. Price Hike Putin.

Crude is moving steadily higher, up +4.08 [+3.70%] to 114.21. But that’s not the worst – natural gas climbed +0.56 [+6.88%] to $8.70, which is a new all time high. Natgas did appear to run into some resistance on Wednesday and Thursday; you can see this in the daily chart. Mostly, the natgas price moves are about Russia, and Western Europe, which gets its natgas mostly from Mr. Price Hike via pipeline.

Curiously, we did have a surprising advocate for “peace” from an elder WEF/Technocrat/Founder Henry Kissinger on Tuesday of last week. Perhaps, this helped cause the price-resistance seen in natgas?

Henry Kissinger: Ukraine Should Give Up Territory to Russia to Reach Peace

Former secretary of state Henry Kissinger has said Ukraine should accept giving up part of its territory to reach a peace deal with Russia, and end the now three-month-long war immediately.

Talking at the World Economic Forum in Davos, Switzerland, on Monday, 98-year-old Kissinger said that failing to restart negotiations with Russia and continuing to antagonize Moscow could have disastrous consequences for Europe’s stability in the long term.

Is Mr. Secret Plan to End the War (the Vietnam War, that is) representative of the thinking at the WEF – who seems to hold hold the keys as to what will happen with this war? No idea. The young, energetic, and well-compensated President of Ukraine was not pleased. Perhaps, he’s become too greedy and the WEF is sending out Kissinger to calm him down?

Fun fact: Mr. Kissinger is 98. George Soros is 92. Queen Elizabeth is 96. Those WEF-associated people sure live long lives. I wonder how they do this? Think they’d like to share?

No Young Poop For You, Elderly Plebe!

The 10-year treasury yield retreated for the third week in a row; this week it fell just -3 bp to 2.75%. While crappy debt did incredibly well, the 10-year didn’t move much, but it does mark the third week of decline in yield (slash a rise in bond prices). Is this a top for the 10-year yield? That’s a deflationary signal, if true. And/or a signal of a possible early resumption of the Fed’s Treasury-buying operation.

Last, I’ll leave you with the future of America summarized by the oil in our Strategic Petroleum Reserve: Grandpa’s WEF/Technocrat-Handlers are spending down the emergency U.S. energy reserve as fast as they possibly can. That way, when about-to-be-former-superpower-U.S. has an actual oil emergency, we’ll be out of luck. No Diesel For You, Plebes = no deliveries, no groceries, no electricity. Today, we are back down to levels not seen since the 1980s.

How long until we run out? 1.71 years, at the current rate of six million barrels/week. That’s long before we can get rid of the feckless President Grandpa, and his WEF/Technocrat handlers, who appear hell-bent on removing the United States from superpower status at Warp Speed. So to speak.

I mentioned earlier there were a lot of moving parts. Here’s my attempt to list them all, by section. Because there are so many, I changed to a list format to track them!

Last, I’ll leave you with Ed Dowd, who makes frequent appearances on Bannon’s Rumble show – which itself is representative of the failure of the WEF/Technocrats to dominate social media. The U.S. “free speech immune system” is functioning reasonably well, some 17 months after the Bad Orange Man was removed from Twitter. If the immune system weren’t working, there would have been no need for the abortive “Janky’s Ministry of Truth” – the iron grip of TWTR/FB/GOOG would have done the job.

Dowd is market/economy focused, which is why I like to pull his views in here.

Ed Dowd: The Four Converging Forces That Will Destroy the Economy

My analysis: Dowd is hinting we will see a “Debt Jubilee” for the government and the pension funds. Here are some of my additions: the Jubilee also applies to You and Me, if we want to give our debt-encumbered house (but not car) over to the WEF/Technocrat/Oligarchy after deflation utterly wipes out our job or small biz. Then we’ll get the option to rent it back, assuming our Social Credit Score (ESG?) remains good enough. Also add in the confiscation of our 401k (there was talk of this in 2008) replaced with “guaranteed payments” (later contingent on a good SCS, of course) by government. And existing government debt will be involuntarily turned into an income stream as well.

Dowd is predicting a depression “making 1932 look like a Church picnic.” Why a depression? My read: a depression provides the mechanism for the WEF/Technocrat/Oligarchy’s Great Reset wealth transfer. After Covid, even us little people know: drugs need mechanisms. “Ivermectin Docks to the SARS-CoV-2 Spike Receptor-binding Domain Attached to ACE2”

So, a deflationary impulse is the mechanism to cause the wealth transfer; from the newly-impoverished, desperate, debt-defaulted Plebes who will, by the end, “own nothing.” The mechanism might need some bank failures as well.

Note #1: inflation won’t provide the same mechanism; a Great Depression-Scale “Church Picnic” event is required if the goal is to motivate the transfer of “enough” assets from the Plebes so the “you’ll own nothing” goal will be reached. The “Western Values will be tested to the breaking point” will be a side effect of the Church Picnic mechanism.

Note #2: the current inflation is much more about shortages – food, energy, and “supply chain” – and much less about money printing.

Note #3: Engineer Xi has effectively forbidden his citizens from traveling overseas. Perhaps he knows what is coming, and he’s actually protecting his citizens. Wild thought, I know. It might also explain why he’s apparently worried less about decoupling than he was back when he was dealing with the Bad Orange Man.

In PP-lingo, this scenario suggests the “Ka” phase is planned – required – and it could last longer than we are expecting. So, maybe, Ka-aaa-aaaa-aaaaa-aaaaaa-Poom! “The Fed really, really, REALLY wants to fight inflation!” Then – a year, and half a dozen bank failures later – “oops!”

If the Fed reacts more strongly than we anticipate, that’s an indicator. Plus, the effects of the famine ahead too, which I have much less experience with.

Iran and Israel: Potential For Catastrophic War From The Middle East