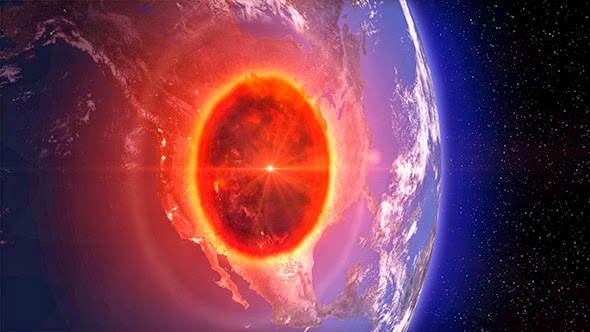 Mike Maloney: “One Hell Of A Crisis”

Mike Maloney: “One Hell Of A Crisis”

In producing the series, Maloney has reviewed several thousand years of monetary history and has observed that government intervention and mismanagement — such as is now rampant across the world — has always resulted in the diminishment and eventual failure of currency systems.

As for the world’s current fiat currency regimes, Mike sees a reckoning approaching. One that will be preceded by massive losses rippling across nearly all asset classes, destroying the phantom wealth created during the latest central bank-induced Everything Bubble, and grinding the global economy to a halt:

Gold and silver are tremendously undervalued right now, and I dare you to try to find another asset that is tremendously undervalued. There just is not. By all measures, everything is just in these hyper-bubbles. OK, real estate is not quite a hyper-bubble; it’s not quite as big as 2005 and 2006, but by all measures, it’s back into a bubble. But now, we’ve got the bond bubble, the biggest debt bubble in the world. These are all going to pop.

We had a stock market crash in the year 2000, and then in 2008, we had a crash in stocks and real estate. The next crash is going to be in stocks, real estate and bonds — including a lot of sovereign debt, corporate bonds and a whole lot of other bonds that will be crashing at the same time. So, it will be all of the standard financial asset classes, including the traditional ‘safe haven’ of bonds that are going to be crashing at the same time that the world monetary system is falling apart.

In response, there’s going to be an emergency meeting of a bunch of like the G20 finance ministers and a bunch of economists or something like that, just like there was in 1922 in Genoa, the Genoa Conference, where they came up with the gold exchange standard. Just like in 1944 at the Bretton Woods Conference, when they came up with the Bretton Woods system. Just like in 1971, when they came up with the Washington Accord, which was a new monetary system that actually never got implemented because when Bretton Woods fell apart, it just dissolved into sort of a default: everybody had US Dollars, and so the US Dollar was just selected as the international currency. This has been to great benefit of the United States. Every time we create a new dollar and cause inflation, it doesn’tt just dilute the dollars within the United States since more than half of the dollars reside outside the United States. So, when we cause inflation of the currency supply that’s outside the United States, it steals purchasing power from other countries and transfers that purchasing power to the United States.

So, we have had this privilege, and we have abused this privilege, starting with George Bush Jr., with the deficit spending that he started and then Obama magnified. And now last year, they’re saying it was $800+ billion, but the national debt went up by like $1.1 or $1.2 trillion. We are already in trillion-dollar deficits right now.

So, we’ve got this convergence of things happening. But it gets worse.

Click the play button below to listen to Chris’ interview with Mike Maloney (56m:07s).

Save the Date! Honey Badger Gathering 2022