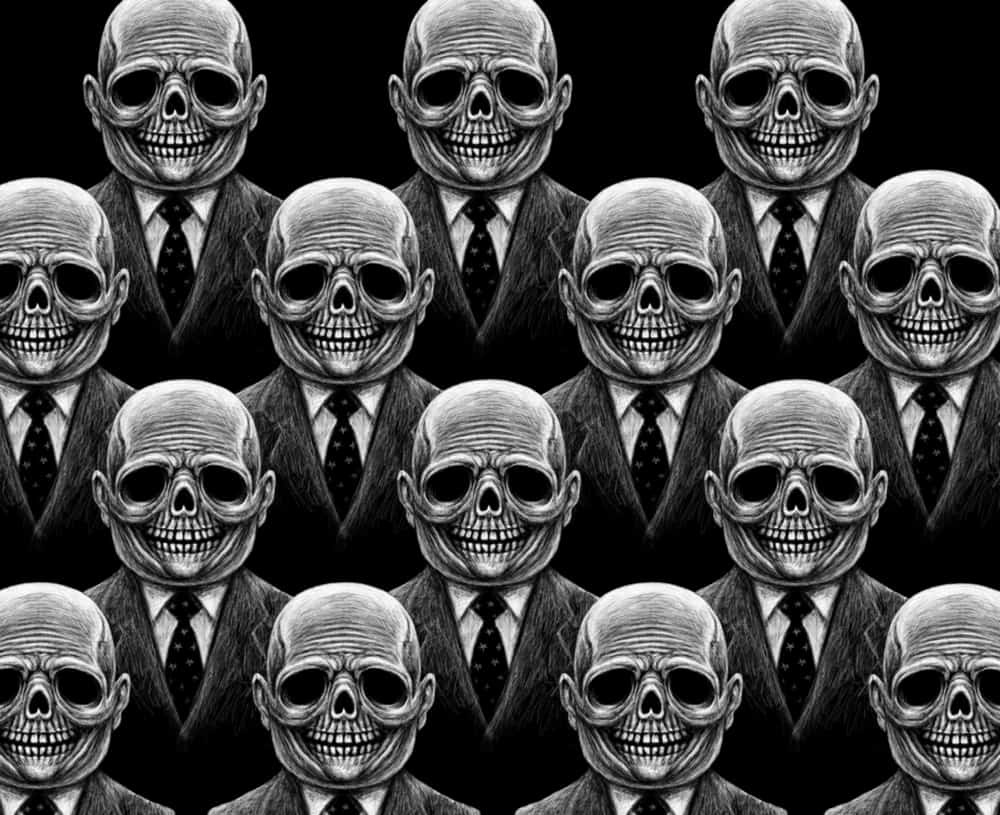 I don’t talk to my classmates from business school anymore, many of whom went to work in the financial industry.

Because, through the lens we use here at PeakProsperity.com to look at the world, I’ve increasingly come to see the financial industry — with the big banks at its core — as the root cause of injustice in today’s society. I can no longer separate any personal affections I might have for my fellow alumni from the evil that their companies perpetrate.

In my opinion, it’s long past time we be brutally honest about the banks. Their influence and reach has metastasized to the point where we now live under a captive system. From our retirement accounts, to our homes, to the laws we live under — the banks control it all. And they run the system for their benefit, not ours.

While the banks spent much of the past century consolidating their power, the repeal of the Glass-Steagall Act in 1999 emboldened them to accelerate their efforts. Since then, the key trends in the financial industry have been to dismantle regulation and defang those responsible for enforcing it, to manipulate market prices (an ambition tremendously helped by the rise of high-frequency trading algorithms), and to push downside risk onto “muppets” and taxpayers.

Oh, and of course, this hasn’t hurt either: having the ability to print up trillions in thin-air money and then get first-at-the-trough access to it. Don’t forget, the Federal Reserve is made up of and run by — drum roll, please — the banks.

How much ‘thin air’ money are we talking about? The Fed and the rest of the world’s central banking cartel has printed over $12 Trillion since the Great Recession. Between the ECB and the DOJ, nearly $200 Billion of additional liquidity has been — and continues to be — injected into world markets each month(!) since the beginning of 2016: 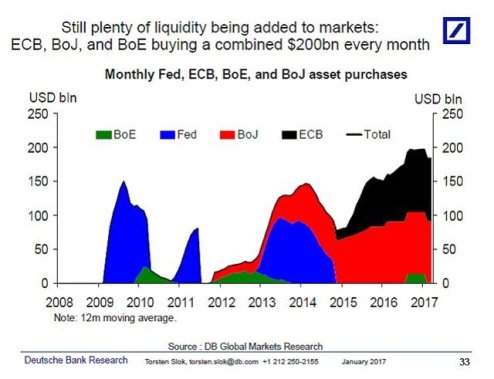 With their first-in-line access to this money tsunami, as well as their stranglehold on the financial system that it all runs through, the banks are like a parasite feasting from a gusher on the mother-lode artery.

It should come as little surprise that, with all this advantage they’ve amassed, the banks have enriched themselves and their cronies spectacularly. They have made themselves too big to fail, and too big to jail. Remember that their reckless greed caused the 2008 financial crisis, and yet, in 2009, not only did bankers avoid criminal prosecutions, not only did the banks receive hundreds of billions in government bailouts, but they paid themselves record bonuses.

And the bonanza continues unabated today. By being able to borrow capital for essentially free today from the Fed, the banks simply lever that money up and buy Treasurys. Voila! Risk-free profits. That giveaway has been going on for years.

Couple that with the banks’ ability to push market prices around using their wide arsenal of unfair tactics — frontrunning, HFT spoofing and quote stuffing, stop-running, insider knowledge, collusion, etc — the list is long. James Howard Kunstler is dead on: we don’t have a free market anymore. Instead, we have rackets, run by racketeers. The rest of us are simply suckers to be fleeced.

Income inequality is not killing capitalism in the United States, but rent-seekers like the banking and the health-care sectors just might, said Nobel-winning economist Angus Deaton on Monday.

If an entrepreneur invents something on the order of another Facebook, Deaton said he has no problem with that person becoming wealthy.

“What is not OK is for rent-seekers to get rich,” Deaton said in a luncheon speech to the National Association for Business Economics.

Rent seekers lobby and persuade governments to give them special favors.

Bankers during the financial crisis, and much of the health-care system, are two prime examples, Deaton said.

Rent-seeking not only does not generate new product, it actually slows down economic growth, Deaton said.

“All that talent is devoted to stealing things, instead of making things,” he said.

As further proof, let’s look at this data recently obtained by Zero Hedge. In the past 4 years, JP Morgan’s in-house trading group has had exactly 2 days of losses:

That’s not trading. Trading involves uncertainty and risk. This situation has none. It’s an extraction process — siphoning value from the market day after day with ironclad dependability.

And it’s not just a few dollars here and there. In 2016, JP Morgan’s daily average trading revenues were $80 million. Per day! That’s nearly $20 billion for the year.

So if not “trading”, what should we call it when a bank can extract tens of billions of dollars a year from the markets, with no downside risk? “Sanctioned theft” sounds about right.

Because for every trade there is a buyer and a seller. If JP Morgan is the winner every day, who is losing? Turns out, it’s the big pools of “dumb money” that don’t have the cheat codes for the system the way the banks do. These are the pension funds, the index funds, the retirement accounts — the aggregated money of all the ‘little people’ out there. Little people who don’t have visibility into how they’re being constantly fleeced; nor do they have agency to do anything about it even if they did.

So yeah, “theft” feels like a pretty accurate term.

And it has reached the point where the banks don’t even care about hiding it anymore. If you had a nice inside racket going on, wouldn’t you at least pretend to hide your advantage, to avoid drawing attention? Not the banks. They’re either too proud or too obtuse to conceal it. Look at our string of perfect trading days! Look at our record bonuses!

These boasts fall on the ears of everyday Americans as the modern version of Let them eat cake!

And just like the out-of-touch French monarchs, the banks have positioned themselves as the enemy of the public. For as I claimed at the beginning of this article, a tremendous amount of the injustice in this country can be laid at the feet of the banks directly, or indirectly via the Federal Reserve. 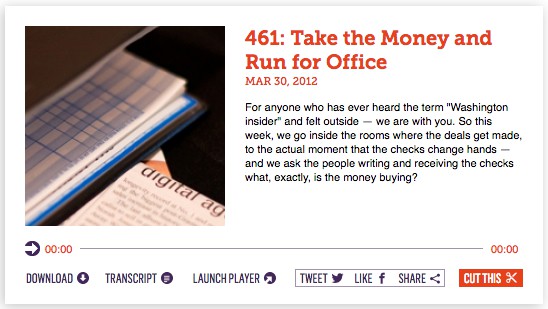 Turning Up The Heat

Whether it’s social equity, the security of your job or retirement, your day-to-day existence, or the fairness of the laws we live under — our fate is currently in the hands of the banks. And, of course, should their behavior trigger another meltdown of the global economy — something we warn about often here at PeakProsperity.com — we’ll have them to thank for that, too.

Yes, the banks are going to keep writing the rules in their favor; and yes, there’s little agency any of us has individually to do much about it. But as a society, we need to start addressing the dire situation we’re in honestly and openly. By whatever path, we have granted the banks far too much control over our lives, and they are taking gross advantage of that. Exactly like a parasite, the banking system is siphoning off our wealth and limiting our freedoms and future prospects — all for the benefit of an elite few.

It’s far beyond time to call a spade and spade. The path to change always begins with an accurate assessment of the problem. We need to start using accurate language  — like “evil” — when discussing the harm we’re being subjected to. We need to make it clear to our elected officials and to our communities that we understand what the banks are doing and that we find it unacceptable.

We need to make the criticism specific and personal. To JP Morgan CEO Jamie Dimon. To Fed Chair Janet Yellen. We need to turn up the heat on the perpetrating decision-makers, so that the borg-like structure of the banking system no longer serves as a deflective shield to scrutiny and criticism. These people need to feel the disapproving stares when speaking to the public. They need to hear the disdainful boos, and see their faces on the protest signs and nightly media reports.

And if you yourself work in the financial system, I’ll be blunt: You’re part of the problem. Just like my former classmates, I’m sure you’re a very nice person in many ways — but you’re complicit in the banks’ rapaciousness.

I know it’s not pleasant to hear, or admit. I worked for an investment bank for a few years early on in my career. I was part of the problem, too.

But we have a choice, both as individuals and as a society, to align our actions with our values. It’s not always easy. And likely not as profitable if you indeed end up leaving the financial industry (as I can tell you from personal experience). But it’s the only way we’ll ultimately gain back control of our destiny.

The Inevitable End (And How To Prepare For It)

The banks’ dominion is going to end one day. Either due to collapsing under the weight of the stupendous amount of debt they’ve helped laden our economy with, or due to an uprising from the bottom 99% once it has become fully destitute. Neither path is appealing.

So our best choice here as individuals is to position ourselves where we can be least subjected to the game the banks want to force us to play.

The 3-part series we’ve just concluded: The Mother Of All Financial Bubbles, The Coming Great Wealth Transfer, and When This All Blows Up offers our best guidance for preserving wealth from the predation of the bankers. If you haven’t read them yet, make that your weekend reading assignment.

Finally, as a society, we need to wake up and make some hard, courageous choices. Obviously, the banks will not relinquish their control willingly. But if we start speaking truthfully and openly about the evil we’re dealing with, we’ll start fearing it less. It’s time for us all to speak up.