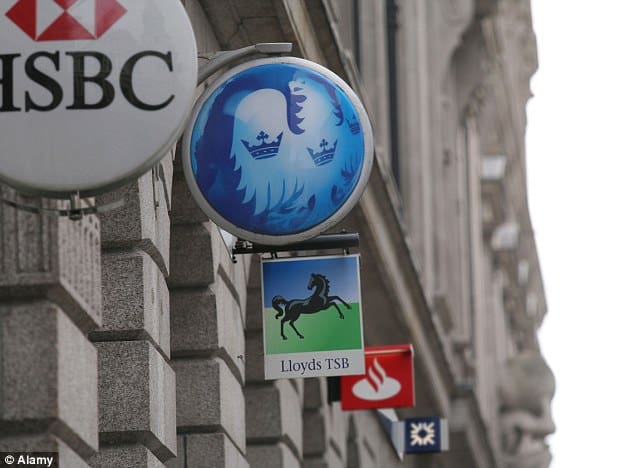 All Hail Our Banking Overlords!

All Hail Our Banking Overlords!

You really have to be paying attention to see what’s truly going on these days. The keepers of the system, that is the banking elites, now openly control everything — though you'd never know that by listening to the media.

Eurozone ministers have agreed to give Greece a €7bn (£5bn) bridging loan from an EU-wide fund to keep its finances afloat until a bailout is approved.

The loan is expected to be confirmed on Friday by all EU member states.

In another development, the European Central Bank (ECB) agreed to increase emergency funding to Greece for the first time since it was frozen in June.

The decisions were made after Greek MPs passed tough reforms as part of a eurozone bailout deal.

How generous of the finance ministers of all those EU member states to agree to a “bridge loan” that will help Greece "keep its finances afloat". This should provide the people of Greece with a bit of breathing room, right? Maybe access to their bank accounts (finally!), perhaps?

No, not at all. Here’s what the entirety of the “”loan”” will go towards instead:

The bridging loan means Greece will be able to repay debts to the ECB and IMF on Monday.

Ummmm…that “money” will not ever go anywhere near Greece.

This is all merely electronic window-dressing for entirely esoteric bookkeeping purposes. Servers will blink at one location in Europe as digital 1s and 0s are transmitted to another. The electronic balances at the ECB and the IMF will change, but not much else.

The people of Greece will see none of it. Nor will they see their bank accounts unfrozen.

This act of banker "largess" is, of course, of, by, and entirely for the bankers. It has nothing to do with Greece or its people, about whom the banker class cannot care less.

But, they hide this disdain under and increasingly thin and condescending veneer of graciousness. Take, for example, the recently-announced 'generosity' of the powers that be — that is, the banking powers that be — which will permit the long suffering depositors to…*cough*…deposit more money into the banks:

Greece: Banks Can Reopen … for Deposits

Greek banks will reopen Monday after a three-week closure, the country's deputy finance minister says, though withdrawal restrictions will stay in place. Bank customers "can deposit cash, they can transfer money from one account to the other," but they can't withdraw money except at ATMs, the official says, and a withdrawal limit of 60 euros ($67) a day will stay in place, he said, though Greek authorities are working on a plan to allow people to roll over access to their funds so that if they don't make it to a bank machine one day, they can take out 120 euros the next day.

Yeah, depositing more money into the Greek banking system is exactly what all 12 remaining Greek idiots are clamoring to do…everybody else just wants their money back, thank-you-very-much.

Obviously, the only rational response of anybody in Europe watching this charade of theft continue would be to sell gold, right? (which has happened vigorously ever since the Greek crisis began) Because, you know, nothing says “confidence” quite like selling your gold so you can then park that money in a bank that may not let you withdraw it again.

Of course, we here at Peak Prosperity hold to the view that everything, and we mean everything, in our ””markets”” is stage-managed. And that especially includes gold. The central banks are demanding and commanding complete fealty to their story line, no exceptions tolerated.  We are at that all-or-nothing moment in history when everything either works out perfectly or it all falls apart.

Savers have to be punished so debtors can be saved.

Why? Because if debtors are rescued, that makes it possible for more debts to be issued in the future..

And why is that important? Because the banking system needs ever more loans in order to survive.

Why do we slavishly feed a banking system that is rapacious, insatiable and always threatening calamity whenever it doesn’t get exactly everything it wants, when it wants it? That is a question nobody in power is willing to address.

Why not? Because there's no good reason to do it — unless you're a bank, or one of the many proxy agents (like politicians) receiving kick-backs from the banks.

We have a banking system that feeds on the blood, sweat and tears of the public. But the public's collective output is no longer ‘enough’ to subsidize everything that central planners have promised. So with a stagnating/shrinking pie – surprise! – the group that writes the rules, the banks, has decided that they should be the ones to get as much of it as possible.

Naturally, this will not work for very long.  History is replete with examples why it can’t.  Just consider the root meaning of “bankrupt” which has an interesting history:

The word actually comes from Italian banca rotta, a broken bench (not a rotten one, as the false friend of Italian rotta might suggest — it’s from Latin rumpere, to break). The bench was a literal one, however: it was the usual Italian word for a money dealer’s table.  In his dictionary, the great Dr Johnson retold the legend that when an Italian money trader became insolvent, his table was broken.

To “break the banker’s table” means to smash the money lender’s physical place of business after they have taken or lost all of your wealth.  It’s speaks of an act of anger by the betrayed. And that’s where the banking system finds itself again and again over time, for the exact same reasons all through history — today being no different in anything but scale and complexity.

You have to read past the headlines today because they quite often say exactly the opposite of what’s actually happening.  Like today’s description spinning GE’s 2Q, $1.38 billion earnings loss as a 5% rise in profits.

The bankers and financiers are badly overplaying their hands, again, and people are starting to catch on to the scam.

Real wealth is tangible things produced with tangible effort. Loans made out of thin-air 'money' require no effort and are entirely ephemeral.  But if those loans are used to acquire real ownership of real assets, then something has been exchanged for nothing and one party is getting screwed.

That’s what has just happened in Greece. And expect it to happen increasingly elsewhere, as Charles Hughes Smith and I recently discussed in this week's excellent Off The Cuff podcast.

If you had asked me ten years ago if there was any chance of Greece becoming a failed state within a decade, I would have said ‘No, no chance.’  But here we are. In ten years, I suspect, we’ll be marveling over all the other failed states as the rot proceeds from the outside in. Again, Charles does a wonderful job articulating why in his recent report More Sovereign Defaults Are Coming.

There’s simply too much debt and too little cheap oil for there to be any other trajectory to this story. Boneheadedly, our leadership is so out-of-touch that their best response to this set of predicaments is to sacrifice the populace of an entire developed nation (for generations to come) just to keep the status quo stumbling along for a bit longer.

We need to all prepare for the inevitability that, as the rot proceeds, the people of Greece will not be the only casualties of the banks' attempts at self-preservation. They'll try to throw all of us under the bus before taking any losses themselves.

Iran and Israel: Potential For Catastrophic War From The Middle East